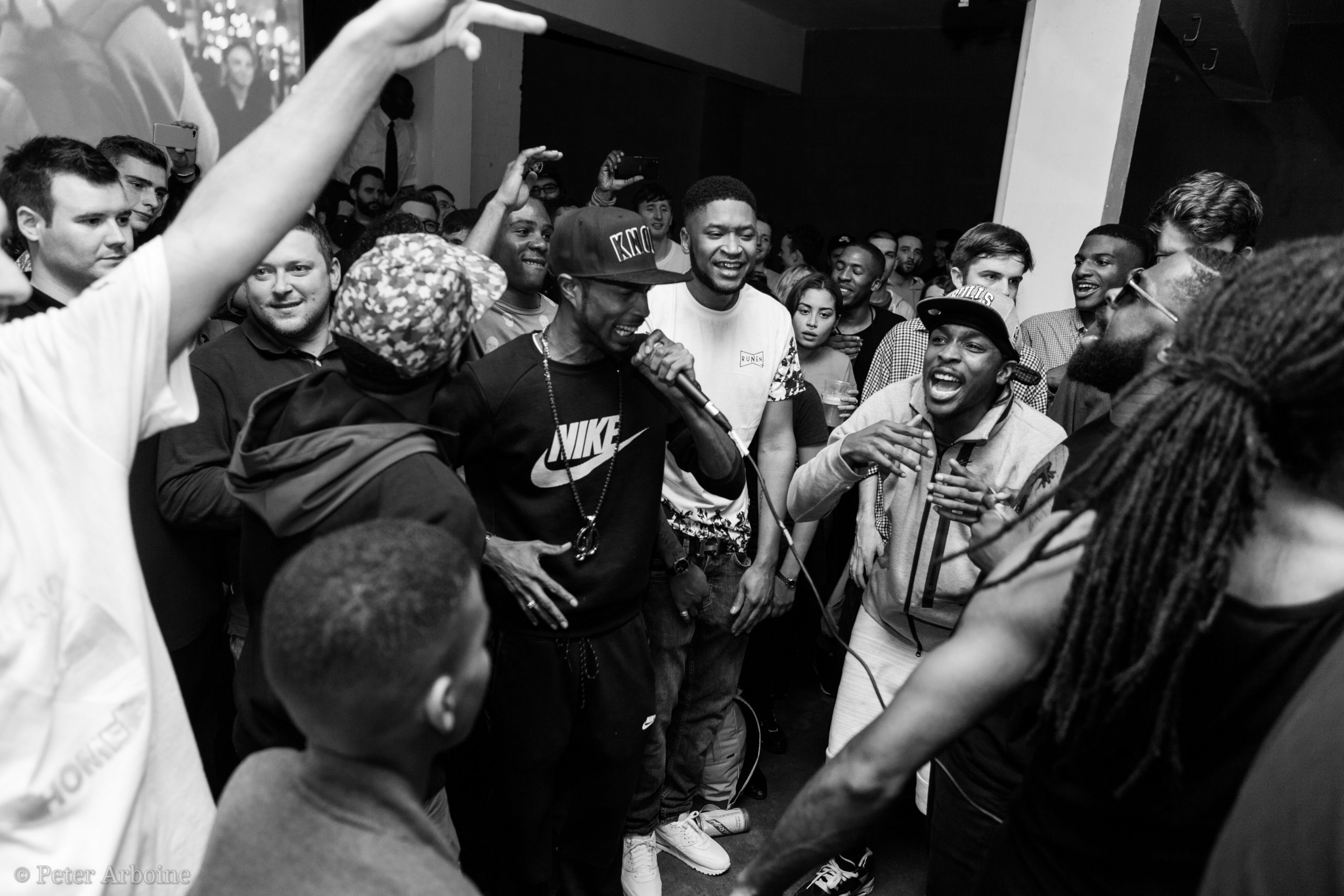 The Problem with Grime

London is a grey place. There is clearly an abundance of colour in this city but I think when most people see ‘London’ in their mind’s eye, the picture they paint is one dominated by grey; the place is drenched in smog, fog, fumes, concrete, cigarette smoke and good old-fashioned year-round cloud. It’s fitting, then, that London’s liveliest music scene is called “grime” – a name that sounds much like how all that grey looks.

Grime emerged around the turn of the century in the bedrooms and garages of creative East-enders. Now, in the middle of a grime revival, it is everywhere: its biggest hits play in Saucy; it sparks huge memes; its stars fill venues and festivals across the country; it nearly became 2015’s Christmas number one (it beat that year’s X Factor single); it helped the Labour Party win votes in this year’s election. That’s all impressive stuff, and it makes grime something London and the UK as a whole can be proud of.

But if we’re being honest, grime is failing us. Despite its multitude of successes, it lacks the ambition and quality to make this revival anything more than a brief explosion. We deserve a golden age but we’re getting a flash in the pan.

To see why, let’s turn our eyes to a true golden age: that which US hip-hop experienced in the late 1980s-early 1990s. Between 1988 and 1995, the following happened: NWA released both their albums; Public Enemy released “It Takes a Nation of Millions to Hold Us Back” and “Fear of a Black Planet”; the Wu-Tang Clan released their debut “Enter the Wu-Tang (36 Chambers)” and its members Raekwon, GZA and Ghostface Killah all released classic solo efforts; Nas released Illmatic; the Notorious B.I.G. released Ready to Die; A Tribe Called Quest released a trilogy of phenomenal records; Dr Dre released The Chronic; Outkast released Southernplayalisticadillacmuzik… I could go on. And on. These years are brimming with music that either perfected or changed the game: Nas’s Illmatic still has the most consistently flawless flow of any rap album; A Tribe Called Quest showed brilliantly how diverse hip-hop’s sound could be. It is music of its time, but it is also timeless in its excellence, its knowledge and its power.

In that regard, grime is severely lacking. I can count the number of classic grime albums on one hand – actually, on one finger: it’s Dizzee Rascal’s 2003 debut Boy in Da Corner. With its harsh realities, stark introspection, authentic insight and singular sound it is the only grime album which can be called a masterpiece. As a Brit, I am pained to say it is the only grime album which can hold a candle to the works of US hip-hop, or of nearly any fully-formed genre I can think of.

Grime is stuck: it’s trapped in terrible “Fire in the Booth” ‘freestyles’ enjoyable only for a source of memes (need I mention Roadman Shaq?); in self-satisfied crews thinking they’re making good music because Drake finds them amusing; in recycled beats (Stormzy’s 2015 hit “Shut Up” uses a beat from 2004) and stupid lyrics (you can thank D Double E for the ‘gem’ “sucking up MCs like a Dyson”). Ambition is scant as MCs are suddenly finding themselves bigger than ever and are happy to ride out their popularity without pushing themselves or their art.

In fairness, young Stormzy had a go with this year’s “Gang Signs and Prayer”, including an impressive variety of styles, but the fact is his album just wasn’t that good – too many of its tracks fell flat (his singing voice is earnest but leaves much to be desired). Skepta won a Mercury Prize with his “Konnichiwa”, but it never went deep enough and only a year later seems a largely forgotten record (I can only guess that the terrible Drake pastiche “Ladies Hit Squad” was included to appeal to US audiences). If grime is to fulfil its potential as a genre for the ages, it needs the masterpieces which define other similarly-formed genres like jazz, punk rock and hip-hop. “Boy in Da Corner” was grime’s Illmatic; now it needs a “Kind of Blue”, a “London Calling” and a “Straight Outta Compton”.

Grime can be a true artistic force in the world. In its finest moments its power is staggering. It is a quintessentially British creation which needs ambitious young Brits to carry it to greatness rather than keep it in a rut. London might have a dull colour, but there is beauty to be carved out of all that grey. I hope we get to see it all.