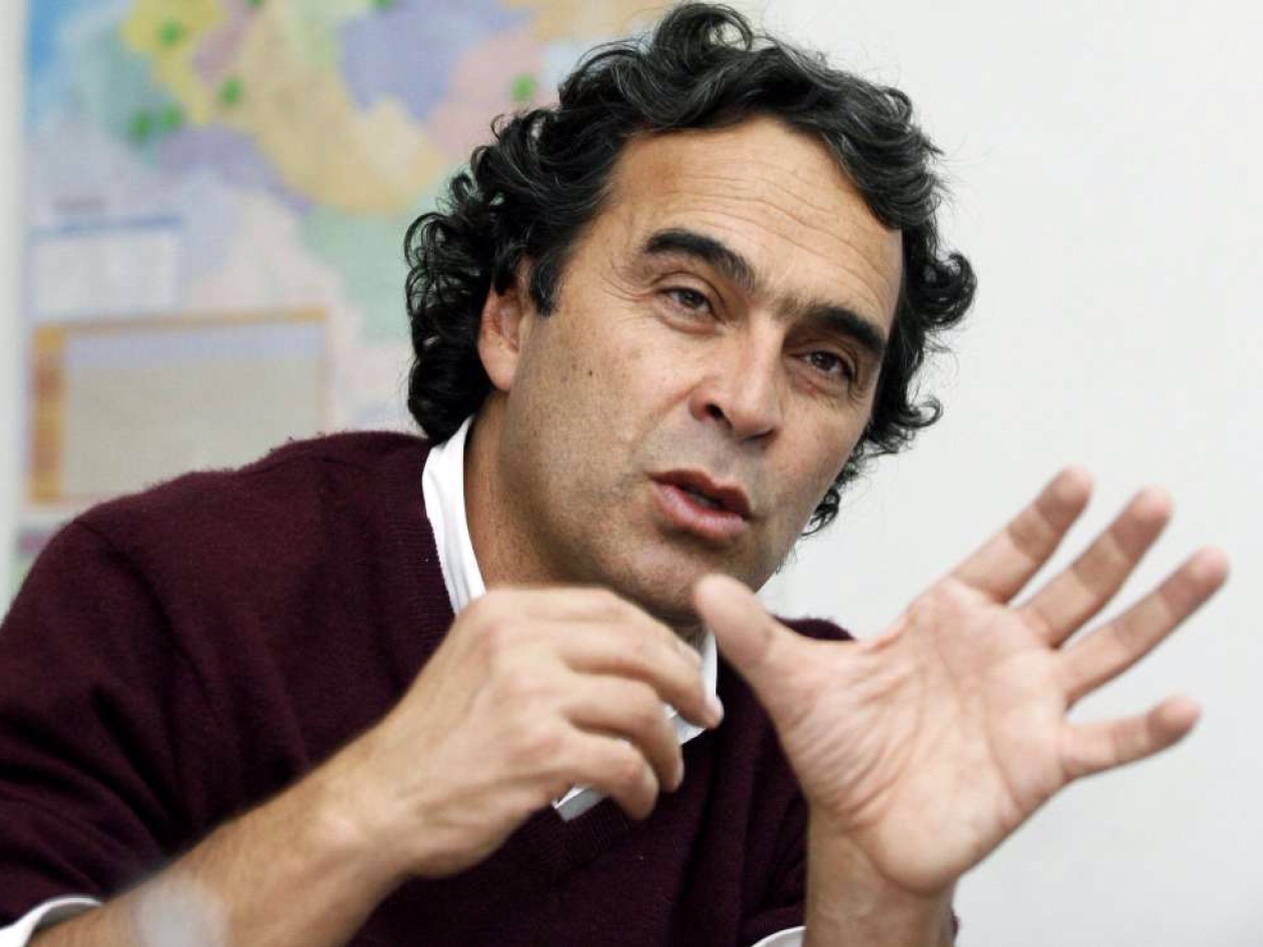 The former Colombian mayor and professor of mathematics stood atop the stage and declared that he knew nothing.

“I know nothing about economics, nothing about business administration, nothing about finance,” he said. “My branch of mathematics, the logic of math, is the most abstract.” And so his head was filled only with impractical knowledge.

Of course, then he got to the point. “But we discovered all these things.”

During four years as the mayor of Colombia’s second-largest city, Medellin, from 2004 to 2007, Sergio Fajardo uncovered a formula to rebrand the city, transforming it from one of Latin America’s most notorious drug trafficking havens to one of its most desirable living places. During his tenure the city’s homicide rate plummeted from close 400 homicides per year per 100,000 in the 1990s to fewer than 20 today, thanks in part to Fajardo’s signature undertaking, the construction of a series of elaborate architectural works – libraries, technology parks, a cable car system – in the hearts of the city’s poorest slums. It was a bid to rebuild trust from the ground up – and it worked. When he left office, Fajardo’s approval rating was in the neighborhood of 80%.

At LSE’s Clement House on Wednesday, where the curly-haired math professor delivered the second of two public talks (the other took place at Cambridge University), Fajardo waxed nostalgic about the academic life, recalling his days as a PhD student at the University of Wisconsin-Madison. “When I look at you and talk to you, you are living a wonderful time,” he told the audience, comprised largely of LSE’s Colombian and Latin American graduate students.

Fajardo hopes to finish out his career at a university, where he feels most at home. But he likely has at least one more political adventure ahead of him first: he is considered a likely candidate for Colombia’s presidency, for which elections will be held next year.

It would not be the first time that he has prolonged his return to university life. After leaving office as mayor of Medellin, he served from 2012-2015 as governor of Antioquia, the region that surrounds Medellin.

Still, the professor who introduced Fajardo at Wednesday’s event prompted speculation about his likely candidacy. We’re not here to discuss that possibility, he said. Fajardo himself spoke mostly about his experiences as mayor and governor. He also addressed the challenges and opportunities facing Colombia as it tries to move beyond its long entanglement with the FARC, the revolutionary armed group that thrived on Colombia’s illicit drug trade and has long tarnished the country’s image abroad.

How would Fajardo describe his political philosophy? The method of his presentation gave something of a hint. Using a Powerpoint presentation that seemed more like a series of overhead projections – Fajardo had marked up a string of blank pages with a Sharpie marker – he emphasized the principles of trust and transparency, recalling how his earliest political campaigns, at the age of 43, involved going door to door to hand out flyers.

“The means justify the ends,” he said. “This is the main challenge: to earn people’s trust. We didn’t have anything else, but we had trust.”

Having run a campaign that was built from the ground up on grassroots support, Fajardo used his popularity in office to govern top-down. Drawing inspiration from his father, one of Colombia’s best known architects, Fajardo commissioned a series of architectural projects in some of the city’s poorest neighborhoods in a bid to inspire the poorest and most disadvantaged to participate more in public life. One project, a lavish science and technology park, joined together a university and the neighborhood immediately behind it.

In the second half of his presentation, it was hard not to see the theoretical foundations of a presidential run. In the wake of a peace agreement with the FARC, Colombia has opened a new era, Fajardo declared. The country now had a chance to reshape itself on the world stage.

“All the Colombians that are alive today, we have had those characters – traffickers, guerrillas – as main figures” in the national news, he said. “When you have a society like that, you are in trouble. But we have an opportunity to solve that problem.”

He emphasized three principles that must undergird Colombia’s path into the future: reconciliation (respecting the peace agreement with the FARC), the rejection of corruption, and education, the last of which above all was at the center of Fajardo’s push to transform Medellin.

The former mayor and governor did not speculate long on global developments of late and their significance for Colombia, namely the election to the U.S. presidency of Donald Trump, who has derided Mexican immigrants and thrown into disarray international political norms. Asked by the Beaver in a private interview for his thoughts on the new president – might President Trump’s protectionist attacks on international trade agreements inadvertently open up policy space for countries like Colombia? – Fajardo invoked Latin American solidarity.

“What he’s doing to Mexico and to Latin America in a sense, when he talks to Mexico, in the end we are all Latin Americans, and it sends a very negative message for us,” he said, pausing to take a drag on a cigarette. “We will continue improving, looking to other sectors, forcing ourselves to develop an industrial policy, and it may have positive effects. But I think he is making a very serious mistake.”

Sergio Fajardo visited the LSE as part of the LSE’s public lecture series on Thursday 16 March.