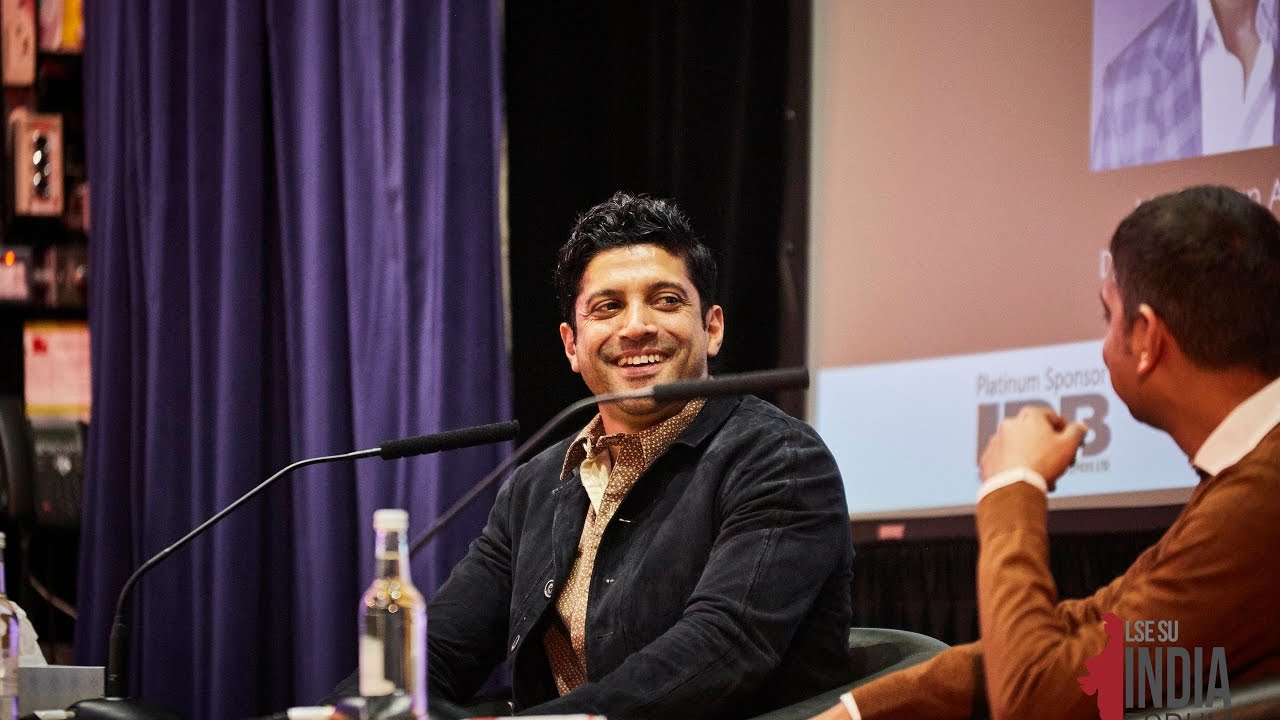 The LSE India Forum was held last week on Saturday, March 11 2017. It comprised various panels including politics, economics and entertainment. The politics panel included representatives from different major Indian political parties and the economic panel discussed demonetization and the ripple effects that would have for the country. This was followed by the entertainment panel that the famous Indian actor, producer, and director, Farhan Akhtar was a part of.

Farhan Akhtar’s interaction with the audience took place in the form of a conversation with the interviewer, a film critic along with questions from the audience. Among the different things he addressed, he spoke about his directorial debut, Dil Chahta Hai, a movie that went on to become the cult film of the generation and the difficulties he faced throughout the making of the film, including the different production houses not liking the music and beats of the film. He also spoke about his inspiration behind MARD (Men Against Rape And Discrimination) and how he realized that this was a campaign that was important to run because he saw the different struggles that his sister, Zoya Akhtar had to undergo, that he never had to go through.

He also said that the fact that he now has daughters also inspired him in so many ways to run this campaign. Different light hearted moments of the evening included him singing the famous “Senorita,” from his movie, Zindagi Na Milegi Dobara and narrating his favourite Urdu poetry, received with collective sighs across the theatre. He also addressed gender disparity in terms of the wage gap in Bollywood, saying rather controversially that if actresses did not like the pay parity, then they should not act in a particular movie.

Abhinav Chugh, Communications officer at the India Society, went on to say about the event, “It was a very exciting experience. We tried not to be star struck since we were responsible for running an entire conference and not just a segment for Farhan. However, it really was a thrilling moment to be in London and see Farhan speak, at a school where I study, because of the Society’s efforts.”

The well-attended Forum was a genuine success, with panellists discussing very relevant Indian issues, and audience members participating in the discussion.