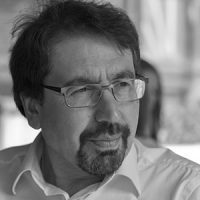 Professor David Held, previous Graham Wallas chair of Political Science and co-director of the Centre for the Study of Global Governance at the LSE, was taken ill to the hospital and passed away on 2 March 2019 at the age of 68. He held this position until 2011, when he left under harsh criticism for ties with Gaddafi’s son.

Held last lectured at the LSE on 5 October 2017, alongside Thomas Hale to discuss and launch their newest book: ‘Beyond Gridlock’. At the time, he held the position of Master of University College Durham and Professor of Politics and International Relations at Durham University.

In conversation with The Beaver, Dr Mathias Koenig-Archibugi, a close colleague of Held’s at LSE, said that Held’s work was groundbreaking in connecting democratic theory and international politics. Koenig-Archibugi said Held was one of the few scholars to ask the question: “if democracy is so valuable in the governance of individual countries, why should global politics not be organised in a democratic manner as well?”

Held left a significant legacy at LSE, both through contributions to the Government Department and to the University as a whole. He believed that to study the political effects of globalisation effectively, International Relations, Comparative Politics, and Political Theory perspectives should be combined. Held created the MSc course in Global Politics, a very popular masters program at the LSE. It is currently run by Koenig-Archibugi.

The Centre for Global Governance, an international research centre, closed in 2011, was also set up by Held. Although the centre no longer exists, its creation made Held a pioneer for centres at the LSE funded by philanthropy, at a time when this was not very common at the the university.

In 2011, Held left to work at Durham University, looking for different opportunities outside of London. This followed on from heavy criticism for his declarations regarding Saif al-Islam Gaddafi, the son of the late Libyan dictator, who studied at the LSE from 2003 to 2008.

Held was Gaddafi’s son’s advisor when he was completing his PhD at the LSE and was also the director of the Global Governance Research Centre when it accepted a £1.5 million donation from the Gaddafi International Charity and Development Foundation.

LSE Professor and Pro-Director for Research Dr. Simon Hix explained that at the time, Gaddafi was making connections with the French and other European governments. Many companies, universities and governments had hoped that Libya would become more liberal. Institutions such as the LSE were encouraged to approach Libya. During the Arab Spring, when Gaddafi reacted the way he did, “we were all just stuck and people turned on us,” commented Hix.

“I don’t think David did anything unethical, he was a scholar of democracy and was trying to help them with democracy in their country,” Hix told The Beaver.

According to Hix, Held was also a great colleague and very popular with his students. Koenig-Archibugi said that Held was especially aware that students taking his courses came from very different backgrounds and could be having a hard time adapting to life in London and at the LSE.

Similarly, Held was, as described by some of his colleagues, a firm supporter of everyone in their quest for a successful career. Held encouraged Hix to write a more popular book, ‘What’s Wrong with the European Union and How to Fix It’, which is now one of his most cited books.

Hix added: “I wouldn’t have done it if he had not provided so much support and encouragement. He was interested in academic research having a social value. At the time this was unusual and he was at the forefront of encouraging his colleagues to do that.”