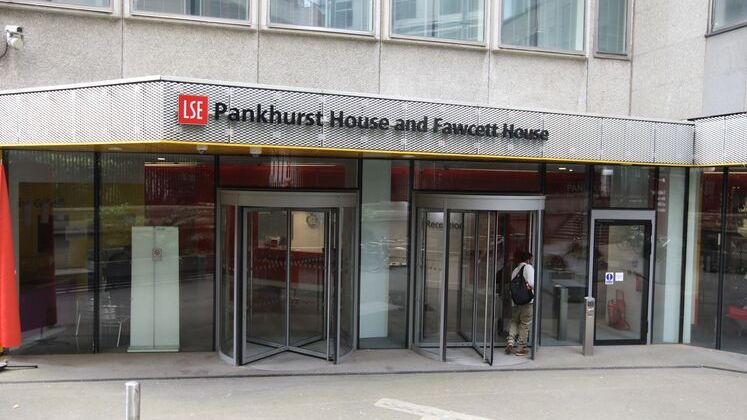 From Blind Marriage to Member of Parliament: Kuwait’s Path to Women’s Rights

Three things on LSE’s campus are particularly interesting for both domestic and international students: the Women’s Library, International Women’s Week, and the naming of the LSE towers after female suffrage campaigners. They allow us to reflect that every country has its own story of suffrage. The story of women in the Middle East and specifically Kuwait, is worth reflection in particular.

Until the 1950’s, Kuwaiti women traditionally wore an abaya or cloak, covering their heads as it represented honour. Women lived with their extended families in mud houses. Their way of having fun was to go picnicking, although a male companion had to be present. Blind and arranged marriages were also the norm, meaning that the man would not see the woman until the wedding day. The only job for women back then was being a housewife. The lifestyle was challenging as some would walk every day to the beach to wash dishes. Also, unmarried women were often pitied and seen as social failures. Women during that period had little freedom, and their lives were shaped by customs and social forces.

During the Golden Era of the 50’s to 60’s, spurred on by Kuwait’s oil revenues, men travelled to Egypt and saw the advancements that had been made in society. They were influenced by the works of Egyptian intellectuals such as Qasim Amin and Taha Hussain, who called for lifting their societies from what they thought was a state of backwardness to a state of nahda or renaissance. They decided to change things back home in Kuwait by educating women as they believed that there was no nahda without women. They started writing articles promoting the education of women and criticizing blind marriage, saying “The abaya has nothing to do with a woman’s honor, and to see a woman and know her character before marriage is something important.”

Slowly, progress was made in the 1960’s with the rise of these activists. Women wrote articles that showed their desire to learn. They burnt the abaya as it represented a sign of backwardness. The women that did this were enough to make a change. After, there were female unions to support women. They centred policy issues like housing, welfare and voting on the issue of women’s rights.

Islamists opposed this stance from the 1970’s, although some sided with women’s progress. Religious men were concerned about the decline in religious values. Islamic movements started to grow, fight the spread of alcohol, and support gender segregation.

The government had some interest in allowing women greater rights due to the recognition of their roles in building society, democratisation, expanding the electoral college, and allowing minority groups and small tribes to participate. However, the Islamists opposed even more strongly, saying that women have no place in the parliament. The arrival of women in politics was seen as the end of the honeymoon phase between the government and the Islamists.

Kuwaiti women celebrated their political permit in 2005 when the National Assembly witnessed a historical session. 35 MPs blessed the amendment of the electoral law’s first article, thus granting women the right to vote and run for office, being able to receive votes on par with much of the rest of the world. While the path to women’s rights in Kuwait is far from over, it is comforting to look back at the journey and how far we have come.