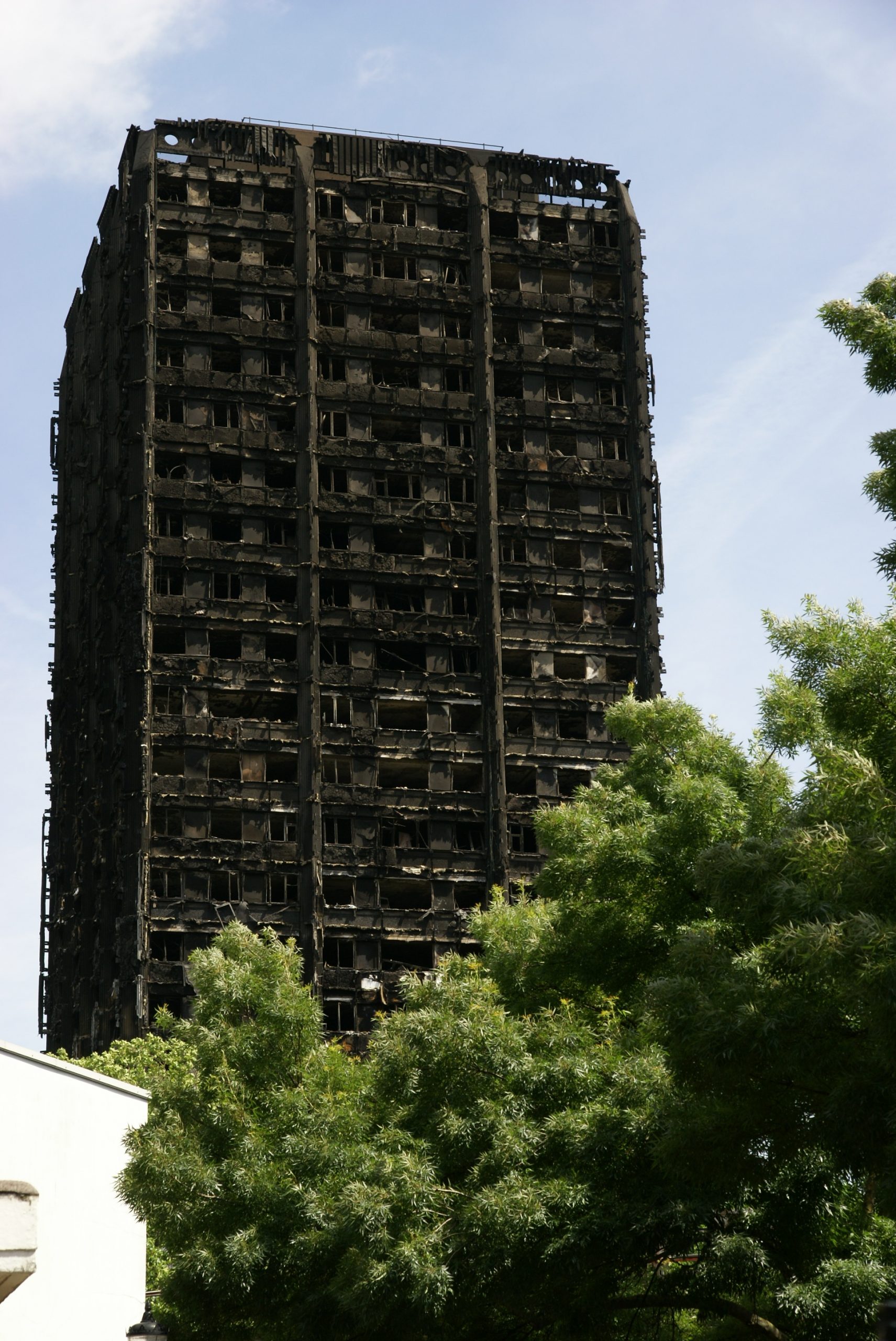 Grenfell – A piece of London, broken by Britain

In the 2017 Budget announcement given UK Chancellor Philip Hammond, £28 million was promised for “mental health services, regeneration support for the surrounding areas and to provide a new community space for Grenfell United community group”. What is exactly lies behind ‘regeneration support’? For many residents, it threatens to price them out of the area by refurbishing the remaining tower blocks and inviting private leaseholders who are willing to pay more to live near the trendy Notting Hill area. Admittedly, the focus on mental health is welcome considering the hundreds of homeless survivors are suffering from untold trauma. Following the final post-mortem inquiry at Westminster crown court, there are 71 confirmed deaths. However, this response is far too little, far too late, over five months after that fateful fire. As of late September, more than 80 per cent of the Grenfell Tower survivors had not been rehoused, with a shocking 29 households in temporary accommodation, (which could include B&Bs as well as hostels) and a remaining 165 waiting to be rehoused, according to figures provided by the Royal Borough of Kensington and Chelsea Council.

On the 22nd of June 2017, exactly a week after the tragedy, Prime Minister Theresa May made a statement in the Commons, apologising for the slow initial government response. May acknowledged that there was a ‘failure of the state, local and national, to help people when they needed it most’. Here, she is referring to the absolute chaos that ensued the day after fire, when unaccounted children were lying in hospital beds on the other side of London as their families frantically searched for them. Here, she is referring to the outpour of community support from the volunteers of charity workers and civilians that sorted and dispensed the huge donations in schools, churches and community centres with no government help whatsoever. Here, she is referring to the failure of the local authorities to explain themselves or even apologise and help survivors in the first days of the fire, when tensions were understandably high amongst a grieving community. What Prime Minister May fails to mention however, is the failure of the government to provide safe social housing in one of, if not the, richest boroughs in the country.

To take in one Tory back, former Prime Minister David Cameron promised to “mend our broken society” in a speech after the 2011 England riots. In this fiery moral condemnation, he promised ‘Stronger families.  Stronger communities.  A stronger society’.

However, in the first hour of the 14th of June, a tower full of families, a community and members of our society, was alight with flames that are now believed to have begun from a fridge-freezer in a fourth floor flat. As the fire blazed on, creeping up the 21 storey building, people grew desperate to save their loved ones, dropping children out of windows in the hopes that a safe and familiar embrace would catch them below. Hundreds of families, Londoners from North Kensington’s vibrant multicultural community, had gone to sleep on a warm June evening, or broken their fast together to celebrate iftar during the holy month of Ramadan.

Authorities have confirmed that 223 people had escaped that night, with nothing but their lives, and the hopes that their friends and family were still alive. Survivors recount stories of tripping over bodies, engulfed in flames in the one stairway that was available to residents, which led to many parents losing their children, as in the tragic case of 12 year old Jessica Urbano Ramirez, who was separated from her family in the chaos and later identified as a victim of the fire. In the first few days after the tragedy, prayers and messages to the bright young girl described as a ‘little angel’ filled the wall of the Laytmer Christian Centre where vigils were held all day and all night.
In the days after the tragedy, the area was littered with photos and posters of relatives and friends looking for loved ones who were believed to be in the tower on that fateful night. Public response to appeals for clothes and volunteers was on a scale never seen before, with many local community centres apologetically having to turn away donations and volunteers only two days after the fire. The Latymer Christian Centre was in fact the hub of activity, with candles, flowers and letters stuck to the wall outside as onlookers prayed and news crews filmed. The West London community, probably most religiously, racially and culturally diverse in London, came together in a way that many immigrants will understand, a camaraderie formed out of the knowledge that nobody else would do it for you. A close knit Moroccan community has coexisted with the Caribbean community that arrived in the 1960s to rebuild after WWII. More recent immigrants from East Africa have also come to call West London a home away from the conflict and oppression of their countries of origin, as have European migrants who have come to London for better financial opportunities. It is quite literally melting pot in a way unique to inner city London. Some of these families had fled violence, seeking refuge in what they believed to be the one of the safest places in the world. The Royal Borough of Kensington and Chelsea, surely this meant that they were important enough for the government to want to protect their lives and that of their children?

Where was this ‘big society’ promised by Cameron when both local and central government failed to respond adequately? When families were screaming for their lost children in tears, haplessly handing out leaflets up and down Ladbroke Grove in the hopes that somebody might recognise a face from a hospital bed, in the best case scenario? Where was the government when charities and civil volunteers led the entire initial response, from clothing, to shelter to reuniting families? In fact, where was the government when entire families were wiped out on that fateful night?

This is the broken Britain that many lament , broken government and the break between the rich and the poor, which in this case meant the difference between life and death.

Grenfell tower was refurbished in a £10 million scheme of ‘neighbourhood regeneration’ in 2016. There is an interesting recurrence of the word ‘regeneration’ in relation to Grenfell. In this case, the ‘regeneration’ included installation of a cheaper, flammable, plastic cladding that was ‘less of an eyesore for the wealthier locals’ according to a resident of the Lancaster Estate, which Grenfell Tower was a part of. This new cladding is what enabled the fire to spread so rapidly, giving people such little time to acknowledge that there was a fire, let alone to escape from it.

Following the tragedy, health and safety checks were carried out in tower blocks all over the country, in cities such as Birmingham, Nottingham and even in other boroughs of London such as Camden. Of the 111 that failed healthy and safety inspection, 90 were housing association or council owned, meaning that the majority of inhabitants were low income workers or in receipt of benefits. Whether we like to admit it or not, social housing is seen as synonymous with the working class, of any race or religion. The fact that shortcuts were taken in the aims of reducing the cost of refurbishment is not only a failure on behalf of RBKC but also of the central government, which has cut borrowing and spending on essential work contracted by councils such as the ‘regeneration’ of Grenfell.

This is what Prime Minister May should apologise for, the disregard for the safety of an old building full of mostly ethnic minorities with incomes much lower than the average borough-wide £123,000 income . The disregard for their lives and their loved ones when campaigners voiced concerns over the safety of the cladding and were systematically threatened and shut down by the council. The disregard for survivors’ wellbeing when people were aimlessly wandering the streets with nothing to their names except the clothes on their backs and the grief in their hearts, with no documentation or a home, let alone their missing friends and family.

That is what Prime Minister May should apologise for.

PrevPreviousHere’s to the Modern Royal Family
NextCoups: Lessons to be learnt from a different experienceNext
On Key