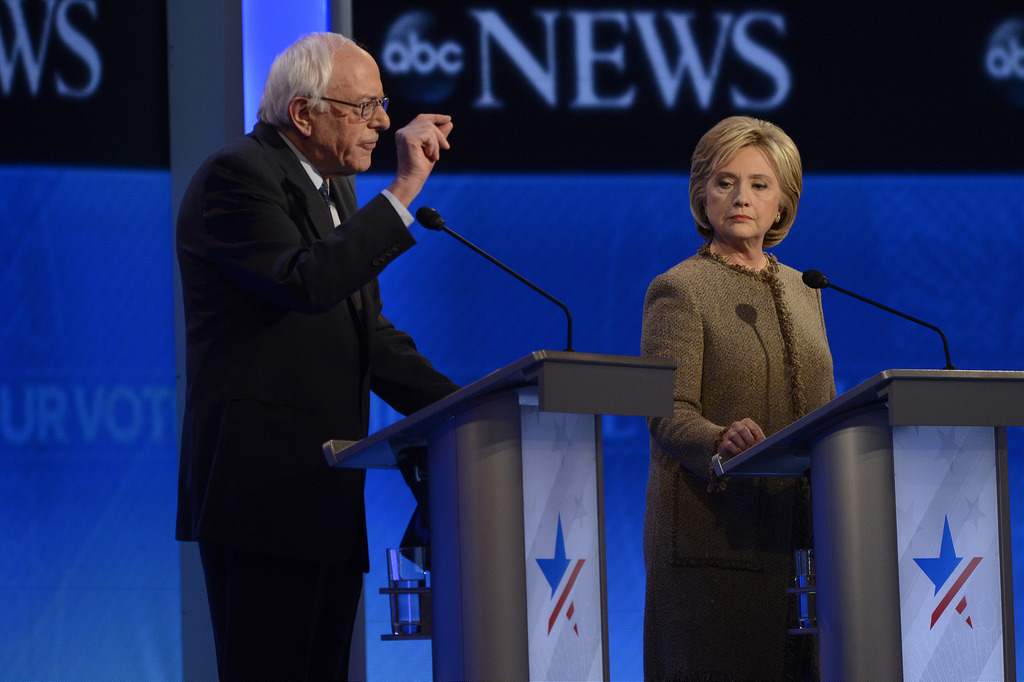 How Hillary stole the 2016 US election from Bernie

Last year, Bernie Sanders’ presidential campaign sent shockwaves through the American political world. When he announced his candidacy for the Democratic nomination in April 2015, the polls showed him 70% behind Hillary Clinton. Few outside political circles had ever even heard of him, while his opponent had been a recognisable figure on the national scene for nearly thirty years. Few expected his challenge to last beyond the first state primary contest in Iowa. Ultimately, he confounded all expectations by lasting until the end of the contest and winning 43% of the vote, having been on just 3% in the first polls of the contest. It was a remarkable run, funded entirely by small individual contributions rather than Wall Street. But he could have gone even further: revelations this week have proved the contest was stitched up, designed to coronate Clinton and ensure that Sanders was defeated.

The Democratic National Committee (DNC) is the supposedly independent governing body of the Democratic Party, tasked with organising the primary contest every four years to determine who becomes the Party’s nominee for the presidency. During the contest, there was constant suspicion that the DNC was rigging the contest in Clinton’s favour. She, after all, represented the Democratic Party establishment, having served as First Lady, as Senator for New York and as Secretary of State. Bernie, in contrast, was an outsider and an unknown. These suspicions were fuelled by the leaking of 20,000 emails between DNC officials during the election campaign; many showed a clear preference for Clinton to become the nominee. Emails on May 5 show DNC officials plotting to undermine Sanders in Kentucky and West Virginia, both religious states, by playing on his lack of faith. Debbie Wasserman Schultz, the then chair of the DNC and an avowed Clinton supporter complained that Bernie was disloyal to the Party because he sits in Congress as an independent rather than a Democrat. These, and many more, emails showed that the supposedly impartial DNC had a clear private preference for a Clinton victory. However, they fell short of proving that this preference had been translated into concrete action to stitch up the contest.

This week, though, we received the clearest evidence yet that the supposedly impartial DNC did indeed rig the contest. In an op-ed for Politico, Donna Brazile (the interim chair of the DNC during the election campaign after Wasserman Schultz was forced to resign) writes that she has discovered clear evidence of collusion between the Clinton campaign and DNC during the election campaign. Firstly, Clinton’s campaign took care of the Democratic Party’s debt to ensure a relationship of dependence between their campaign and the DNC. Wasserman Schultz, for example, unilaterally arranged a $2 million loan from the Clinton campaign. The chief financial officer of Clinton’s campaign, Gary Gensler, himself admitted to Brazile that the DNC was under their control.

Secondly, the Clinton campaign used this relationship of dependence to force the DNC to clear every news release with their headquarters in Brooklyn. This allowed them to exert control over the stream of information that was influencing Democratic Party members in their decision over who to vote for. It is self-evidently unacceptable that the impartial governing body of the Democratic Party should design its press releases to benefit one candidate over the other, especially if it was essentially bribed to do so.

Thirdly, the DNC organised just five debates between Sanders and Clinton during the whole primary season. In the 2008 contest, the DNC organised twenty-six debates. Sanders, at the time, said that he “disappointed, but not surprised” by the DNC decision. What, after all, did the DNC have to gain from holding more rather than fewer debates? With Clinton thirty points ahead of Sanders at the time the decision was made, it was clear that she did not need any extra publicity and that Sanders would be the one who benefitted from additional exposure. The decision proved to be a masterstroke from Clinton-backers on the DNC: as the primary season progressed, it became clear that the more voters saw from Bernie, the more they liked him whereas the more they saw of Clinton, the less they liked her. Sanders used the prime-time debates, with their huge audiences, to needle Clinton on her support for the Iraq War, on her connections to Wall Street and on her campaign financing, while promoting his own proposals for a single payer healthcare system, a $15 minimum wage and free university tuition. The more voters saw of the candidates, the higher Sanders rose in the polls (around 5% every month, on average) and the further Clinton fell. Holding as many debates in 2016 as were held in 2008 would not have guaranteed a Sanders victory, but it certainly would have significantly improved his chances.

Therefore, the DNC’s actions had a clear and meaningful impact on the contest. Had the Clinton campaign not been able to impose such control over the DNC’s actions, and had they scheduled a fair number of debates, giving primary voters the fullest possible exposure to their two candidates, then it is it is very possible that the November 2016 election would have been Sanders against Trump rather than Clinton against Trump. And given that Sanders held an average lead of 10.4% in hypothetical polls pitting him against Trump, the DNC must be held partly responsible for the mess that we’re in now. Their chosen candidate simply did not match up against Trump as well as Bernie did.

With Bernie reportedly considering another run in 2020, it is imperative that Donna Brazile’s revelations are as widely read as possible. The DNC cannot be permitted to lump America, and indeed the world, with another Establishment candidate to stand against Trump in 2020. Democrat members must be allowed to choose their candidate freely and without interference from the DNC, unless we want to wake up on November 4 2020 to the grim prospect of another four years with an ignorant and dangerous sexual predator in the White House.

PrevPreviousConfused Diplomacy
NextPaul Manafort, Uni, Jobs and the Idea of SuccessNext
On Key