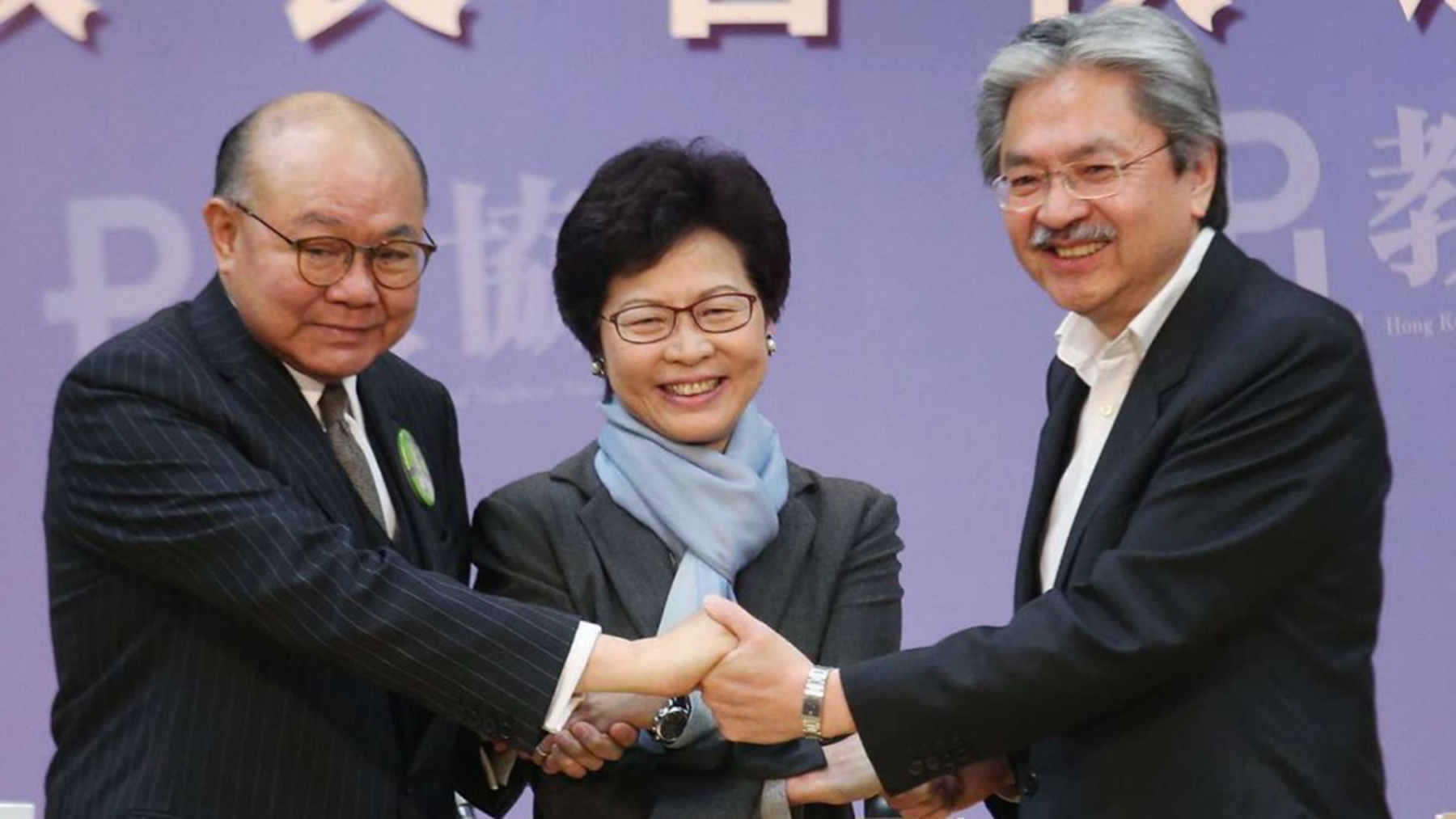 Despite three candidates, the election outcome is unlikely to be a surprise.

In the wake of ever greater societal and political discontent, Hong Kong will select its new Chief Executive, on the 26th of March. The official head of government of the Hong Kong Special Administrative Region. Of the three candidates running the in election, Carrie Lam, the former Chief Secretary, is seen as the favourite to become Hong Kong’s 5th Chief Executive.

There are numerous reasons to believe that Carrie Lam’s victory is all but confirmed, chief among them being the method in which Hong Kong’s Chief Executive is chosen. As stipulated in the Basic Law, the city’s mini-constitution, the Chief Executive is selected through an Election Committee, a 1,200-member electoral college comprised not only of elected representatives from Hong Kong’s major political bodies, but also includes industry and sector representatives. The committee has been criticized for its small circle nature and a composition that ultimately favors pro-Beijing and pro-business interests.

In order to be eligible for candidacy in the Chief Executive election, one must receive 150-nominations from members of the committee, a requirement that Lam easily passed with an overwhelming 580-nominations, just 21 nominations shy of the total number of committee votes needed to win the election. The other two candidates, former Financial Secretary John Tsang and former judge Woo Kwok-hing, trailed far behind at 165, and 180-nominations, respectively. The breakdown of where the nominations came from lays bare Hong Kong’s stark political divide, with Lam receiving nominations almost exclusively from pro-Beijing electors whilst the pro-democracy electors opted to split their votes between John Tsang and Woo Kwo-hing to make the election more competitive.

Secondly, Lam is seen as Beijing’s favoured candidate, even gaining the moniker “CY 2.0,” a reference to the highly unpopular incumbent Chief Executive, C.Y. Leung, and an assumption that she would continue her predecessor’s policies. Not helping Lam are the numerous reports that Beijing has been encouraging pro-government electors to vote for Lam behind the scenes, with further reports alleging the decision to support Lam had been set in stone as far back as December of 2016.

It’s no surprise therefore, that Lam is found wanting in the court of public opinion. The candidate seen as Lam’s biggest rival, John Tsang, has consistently held a lead in popularity amongst the public, with the latest polls putting the gap at 17%. Once criticized for fiscal conservatism, Tsang has slowly built a reputation as a “man of the people”, being the first minister to open a Facebook page and posting frequently about his appreciation for local culture. In a testament to his public popularity, a crowd-funding platform launched by Tsang to finance his campaign raised more than HK $2 Million in just over a day. To this end, Tsang has pledged to restart political reform if elected, a policy most likely aimed at gathering support from Hong Kong’s pro-democratic faction.

Tsang’s continued popularity creates a huge issue for Lam’s upcoming administration, given her almost certain victory. She herself admitted in January that it would be hard to govern Hong Kong in the absence of a popular mandate. In a recent televised debate between the three candidates, Tsang noted that people feared a continuation of societal split if Lam were to become the next Chief Executive. This would make it difficult to tackle Hong Kong’s numerous other issues, from the sky-high cost of housing, a stressful education system, the need for innovation among others.

In the end, while the Election Committee has the power to elect the Chief Executive, it is the State Council of the People’s Republic of China that has the final say on whether to appoint the candidate. In a recent conference with delegates from Hong Kong and Macau delegates in attendance, China’s No. 3, National People’s Congress Chairman Zhang Dejiang, laid out four criteria for the next Chief Executive; love for the country and Hong Kong, be capable of governing, have the support of the Hong Kong people and have the trust of Beijing. Given that 2017 also marks the next major reshuffle in China’s top leadership, it’s likely that the last criteria takes precedent above all others, leaving Hong Kong’s political development in limbo.

PrevPreviousAngelina Jolie Delivers Inaugural Lecture at the LSE
NextBreaking the Pledge: Why is the LSE yet to Divest?Next
On Key