Americans have shown a clear preference for Democrats, but without systemic reform, Republicans will continue to cling to power

Contrary to some terrible punditry, there was indeed a “blue wave” in last week’s midterms, it just came up against an anti-democratic sea wall.

Results are still coming in, but at the time of writing Democrats look like they could win the House popular vote by 7.5 percentage points, higher even than the margins of the historic Republican waves of 1994 and 2010 when the GOP made net gains of 54 and 63 seats respectively. So why then are the Democrats only projected to gain House seats in the high 30s?

A combination of structural factors — some intrinsic to America’s geography and others shamelessly forged by GOP legislators — made Democratic votes far less efficient than Republican ones at translating into legislative power. Republican victories back in the 2010 census year allowed them to gerrymander districts to be more favourable to the GOP. The effects of this were most pronounced in North Carolina and Ohio where Democrats won almost half the votes but only a quarter of the available seats. In aggregate this meant the House’s 435 districts collectively lent more Republican than the nation as a whole, forming a tidal barrier to any Democratic blue wave — FiveThirtyEight’s last projection before the midterms showed Republicans could lose the popular vote by a margin of 5.5 percent and still win a House majority despite the country’s clear preference for their opponents. As long as election winners are allowed to rewrite the rules in their favour every decade, the battle for House control will not be fought on a level playing field.

Fortunately ballot initiatives to form bipartisan or independent redistricting commissions passed in a number of states. Democrats should prioritise similar legislation in the nine states without redistricting commissions where they now have a trifecta: the governorship and majorities in both state house and senate. Democratic governors elsewhere should veto any maps not drawn on a bipartisan basis in the 2021 redistricting cycle. Comprehensive ‘Right to Vote’ laws should be passed in every blue state. These should nullify discriminatory voter-ID requirements, introduce Vote at Home (V@H) initiatives, and ensure universal automatic and same-day voter registration, making it easier for marginalised communities to exercise their franchise.

At the federal level these laws should be consolidated into a bill that also renews the Voting Rights Act, establishes election day as a national holiday, increases the House to a sensible size, and introduces multi-member districts for fairer elections. To House Democrats’ credit, they’ve already committed to some of this as the first legislation of their new majority in 2019, but they should go further. The more radical electoral reform of FairVote’s Fair Representation Act should be embraced as part of a 2020 campaign to ‘Make America Democratic Again’, with a bill ready to be put on the Resolute Desk on 20 January, 2021 should a new Democratic president be inaugurated.

Fairer districting and electoral systems will help in the House of Representatives, but not in the statewide offices of the Senate. Guaranteed equal representation for each state negates redistricting tricks, but fortunately for Republicans the upper chamber comes pre-gerrymandered. According to The New York Times’ The Upshot, “the least populous states are now more overrepresented than ever before.” This creates an even deeper Republican advantage, with the small GOP strongholds of the mountain west counting as much as the large Democratic states of California, New York and Illinois.

This inequity was abundantly clear last week as the blue wave translated into Democrats actually losing Senate seats, despite gaining millions more votes. The Washington Post’s Aaron Blake points out this disparity is irrelevant because more blue states held Senate elections this year. This is clearly correct but disingenuous to the actual criticism — in the last three Senate cycles that will comprise the 116th Congress, Democrats will have earned 54.6 percent of the total vote but only 47 senators (now that Kyrsten Sinema’s Arizona race has been called).

The Senate, with its judicial appointment power, is the most consequential body in American life. Brett Kavanaugh’s Supreme Court appointment was opposed by the majority of Americans and passed by senators representing just 44 percent of the US population. He ensures a generation-long conservative SCOTUS majority, formed by three other justices also nominated by presidents who lost the popular vote. The Senate’s unequal composition metastasises through the judiciary — which upholds partisan gerrymandering — to entrench minority rule. GovTrack reports the discrepancy between winning votes in the Senate and the percentage of the population they represent has spiked drastically as a majority now requires just 17 percent of the US population.

Some shrug off this anti-democratic situation, meaninglessly reciting “America’s not a democracy, it’s a republic” (it’s both, actually), or affirming that “the Framers intended it this way” (I’ve got bad news about just who they intended to vote when they drafted the Constitution). In 1787 the largest state was 13 times larger than the smallest; California is now over 68 times larger than Wyoming. This, paired with the tendency of Democratic voters to cluster in the densely populated urban centres of populous states, is a recipe for long-term, large scale disenfranchisement in the Senate. Putting aside that the Founding Fathers were hardly in agreement on the matter in the first place; I’ve yet to hear precisely why it’s a good thing that a shrinking minority should hold increasing power over the rest of the country, or why people who live in urban areas deserve a smaller share of national determination.

Republicans don’t have any high-minded, good faith answers to this; they just like that red states occupy a privileged position in the country’s power structure. Democrats must recognise that the GOP is engaged in what political scientist David Faris calls a “procedural fight”, using the Constitution’s ambiguity against them. Even if the Democrats hold on to their new House majority while taking the Senate and White House in two years time, the kind of sweeping progressive agenda their base is expecting will remain a distant dream until they can secure the conditions to translate popular support into sustained political power.

The Electoral College reproduces the Senate’s disproportion in the executive branch, as Democrats have suffered twice in the last five presidential elections. They should prioritise the direct popular election of the president. Article II establishes the Electoral College (EC), however there is a way to bypass the need for a constitutional amendment: the National Popular Vote Interstate Compact (NPVIC). States party to the NPVIC agree to award their electoral votes to the winner of the national popular vote, regardless which candidate the state itself voted for. The compact comes into effect when enough states sign it to reach the 270 EC votes necessary to elect the president, and it’s already law in 11 states and D.C. Following Tuesday’s midterms, Democrats hold governorships in enough states to clear the 98 more electoral votes needed to bring the national vote into effect. It won’t be easy to pass in each of these states, but it’s certainly not infeasible.

Introducing more proportional representation to the Senate is much harder, requiring a constitutional amendment which, given the country’s current division, is laughably improbable. But national Democrats have not seriously made the argument, and there are things that can be done to shorten the odds.

Firstly, Puerto Rico and Washington D.C. should become the 51st and 52nd states of the union. Not only is it the right thing to do — over four million people currently receive no congressional representation, and Puerto Ricans cannot even vote for president — but the two new states would likely return four reliably blue Senate seats, helping rebalance the chamber. A new Democratic administration should support binding referenda on statehood in the Caribbean territory and federal district for November 2021 (non-statutory votes were passed in 2017 and 2016 respectively) and implore Congress to confirm both states’ accession by the 2022 midterms.

Secondly, Democrats should work with their state party to separate California into smaller states. Faris proposes dividing the most populous state into seven, each centred on a major metropolitan area: the smallest, Fresno, would be approximate to Kansas, and the largest, Los Angeles, would surpass Ohio. This would only require a vote of both the state legislature and Congress, and would return 12 more Democratic senators, rapidly correcting the structural imbalance and providing Californians representation proportionate to their number.

With these eight new, comfortably blue states, Democrats would more readily wield a majority in the Senate, and the two-thirds of senators required to pass a constitutional amendment, though by no means simple, would be more reachable. From this position of strength, Democrats should start making the case for a more sustainable, proportional future for the Senate, one perhaps with qualified majority voting, whereby each state maintains two senators, but state population is taken into account on certain votes, e.g. 45 percent of senators could win a budgetary vote if they represent over 55 percent of the nation’s population.

These proposals may seem unacceptably radical, but to continue on this path towards minority rule — where a party is consistently favoured by the electorate but locked out of all three branches of government — is equally unacceptable. A democratic system unresponsive to the will of the people and increasingly rigged for one side is doomed to collapse. The Democrats did well to position themselves for an uphill battle over the coming years. If and when they next possess power, they must be prepared to immediately enact systemic reform, before it is wrested further beyond their reach. The legitimacy of American democracy is at stake. 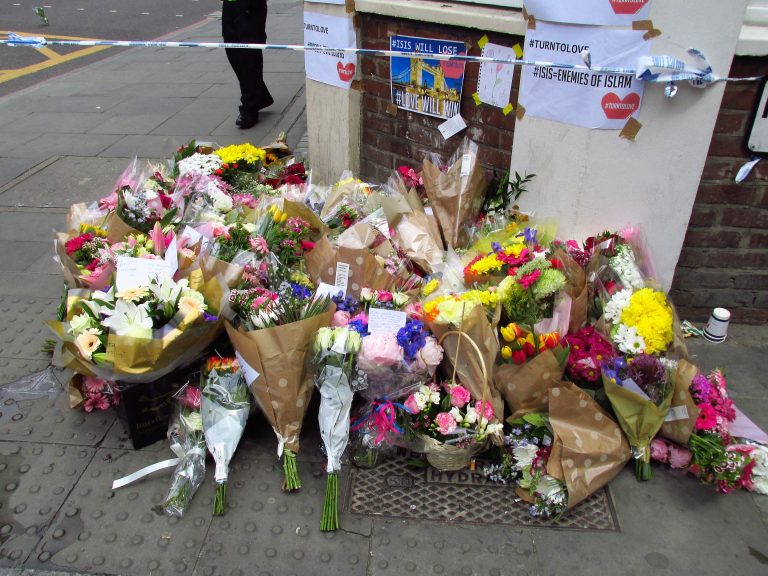 The Danger Of Normalising Tragedies 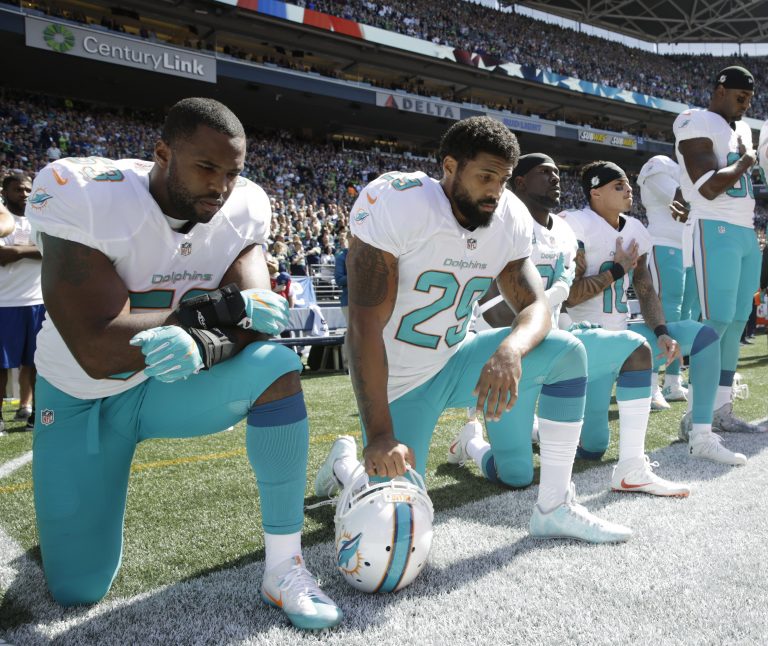 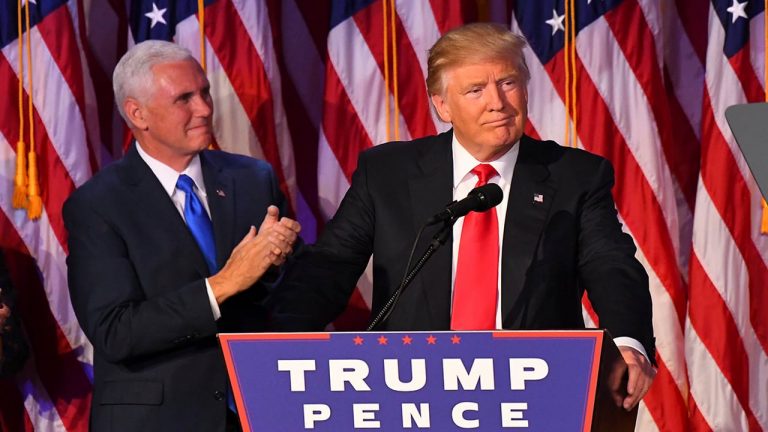