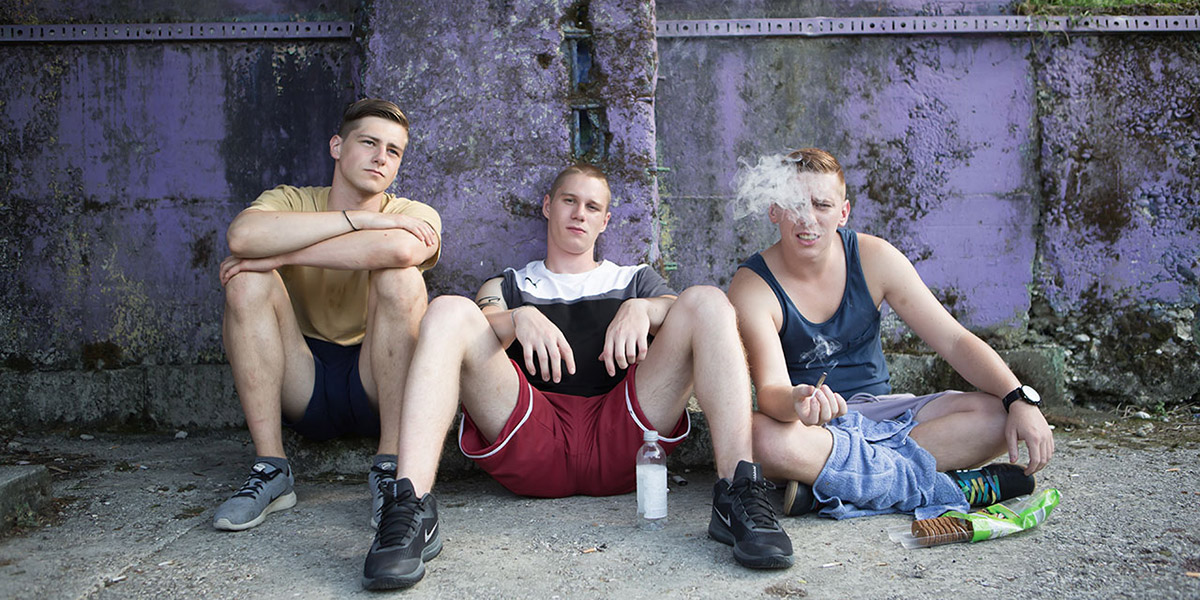 For how much longer will Netflix be a binge-watching service, rather than awards season regulars? The stunning sci-fi original “Annihilation” started off the year and hit romcom “To All The Boys I’ve Loved Before” rounded off the summer – and (gulp) we’ve still got “Stranger Things” to return – but now Netflix have their autumn smash in “Outlaw King”. The engrossing action-drama is directed by David Mackenzie (“Hell or High Water”) and stars Chris Pine.

After Scotland surrenders to King Edward I (Stephen Dillane) and a future of peace and harmony seems inevitable, the suppressed Scots have good reason to be sceptical of their southern neighbours. When the body of William Wallace (not Mel Gibson) shows up – or, actually, is put up – Robert the Bruce (Pine), the natural heir, decides that enough is enough. He kills a sectarian rival and unites the Scottish people for rebellion.

But Scottish independence never comes so easy. King Edward and his son, also Edward (Billy Howle), suspend chivalry to root out the movement, and the outlaw king risks the small freedom his country has and a close-knit, newly-formed family to take them on.

If the problem with “Peterloo” was that it never starts moving, what makes “Outlaw King” so entertaining is that it never lets up. Battle scenes and well-constructed set pieces (read: high budget) are moderated by entertaining subplots and affecting personal drama. At is best “Outlaw King” feels like a highlights reel of the last two or three seasons of “Game of Thrones”, and certainly beats it for relentlessness. The quieter moments grip, too, centring around Robert’s protective instinct and the slow but painful realisation that the English, well, aren’t going anywhere. It may not be good enough for awards season, but it was good enough for me.

Vitali Mansky as a filmmaker and, we can assume, a citizen, is quite sympathetic to Vladimir Putin. This might be the problem of his unique “Putin’s Witnesses”, which uses primary evidence from Putin’s rise to power, 1999-2000, to try and reveal the seeds of his ascent. Mansky spent years at extremely close quarters with the President, perhaps more than any other filmmaker yet to release their work. But what comes of it is less Frost/Nixon and more of a ‘Meet Vlad’ sort of affair. Of course this is Mansky’s point, his conclusion being that witnesses such as himself enabled Putin with their tacit collusion, and in large part have themselves to blame for his fast-approaching 20 years in office. This may be convincing, and for Mansky a poignant reflection on decades of his own political life. But it makes only for mild viewing, and leaves too many questions unanswered. Ultimately Putin will likely remain power for some time longer and, though “Putin’s Witnesses” has something to say about how he got there, it reveals too little of how he’s survived.

This charming comedy-Western is definitely one of my favourites from the festival so far, a healthy blend of “The Nice Guys” and “Hell Or High Water” from director Jacques Audiard. John C. Reilly and Joaquin Phoenix as the bounty hunter brothers make one hell of a duo. Reilly puts in a career-best dramatic performance alongside his usual comic chops, with Riz Ahmed and Jake Gyllenhaal completing a perfect cast. Keep an eye out for this one.

Director Darko Stante used to work in a Ljubljana juvie, but his debut feature, “Consequences”, show little faith in such places or the people who work there.

“As a teacher I felt powerless myself. I worked there for a long time, probably too long,” he told me. The film tells the story of an eighteen-year-old delinquent, Andrej (Matej Zemljic), and his journey into the institution and its dysfunctions. Stante continued, “Were it my choice they’d all close down. Replace them with smaller versions, more attention.”

Though “Consequences” shies away from no conflict or confrontation in the story it tells – in fact it lives off it – there was little drama on set. “It felt so good”, Zemljic said, “us actors all knowing each other from school. We had no problems with the fight scenes or anything else.” Stante agrees, “At times it felt almost spontaneous.”

The enthusiasm of the filmmaking and acting certainly come across, and “Consequences” will likely stay in the running to be one of the best foreign-language films at Tiff. Though that doesn’t mean it was always easy for Stante.

“One night we set up a whole scene and, just before we shot it, I realised it was almost exactly the same as one we’d shot the night before. I thought ‘How the fuck did this get through?’ So we went away for a bit and came back and shot something quite different.”

For Zemljic, too, acclimatising to the lifestyle of a thug proved a challenge. He said, “It was hard for me because don’t come from that environment at all, the heavy drinking and partying. I had to practice smoking for four months to get it right, before I could do it for the film!” Stante glances at him proudly, as if to say a job well done.

What audiences might get most from the film is the unique and memorable setting, a city with a strong aestethic and (as of yet) uncolonised by Western tourists, increasingly a rarity for Central-Eastern Europe. I asked Stante if it felt at all strange filming in the same places you might get coffee, or go out.

“Slovenia is very small. We know all of these places. In the film it looks depressive but I can assure you that’s entirely intentional. Ljubljana’s quite beautiful, actually – you should visit!”

PrevPreviousWhy is “Peterloo” so bad? Day one at TIFF
Next“Militias tried to stop us filming, but with Libyans there’s always a way” – Freedom FieldsNext
On Key