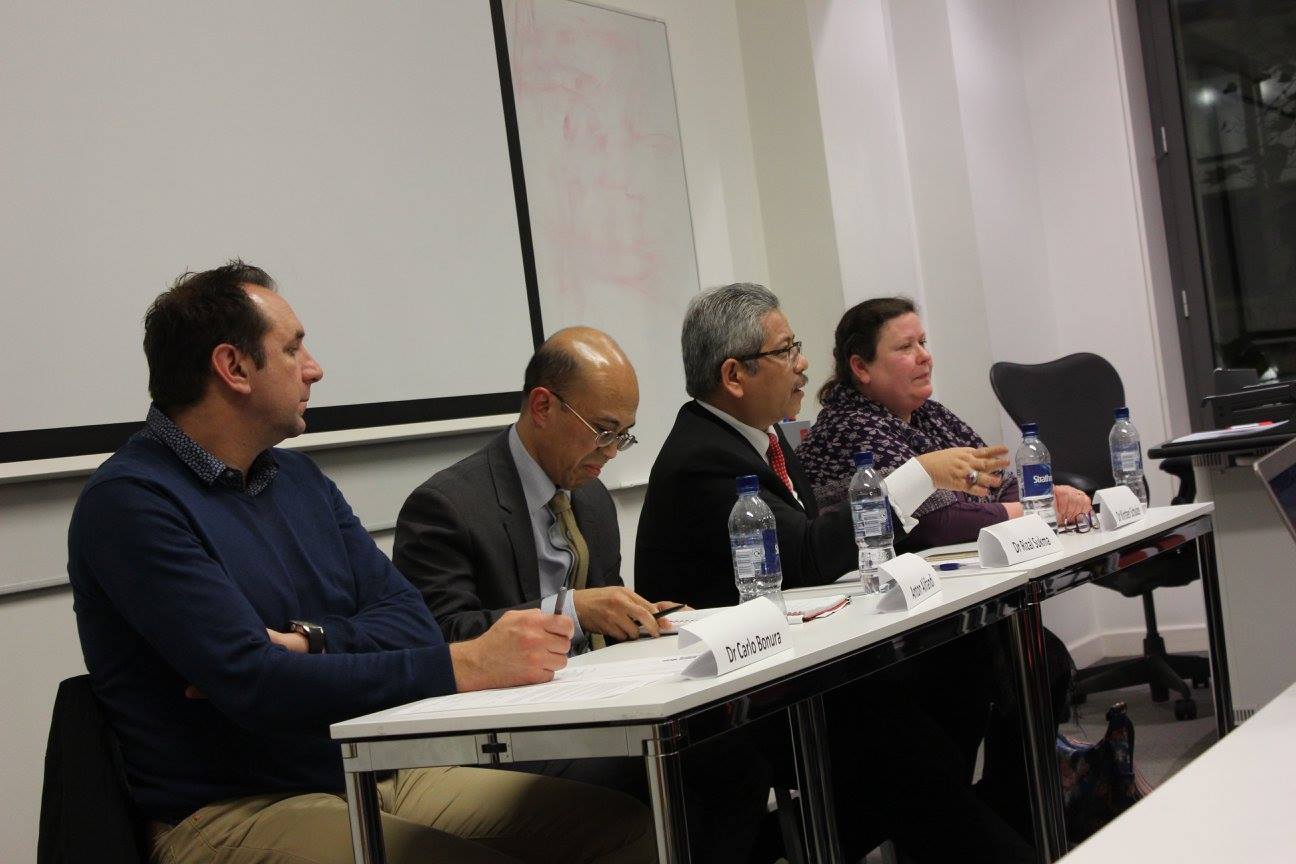 Indonesia: A Democracy At The Crossroads

How will the democratic institutions of the world’s largest Muslim democracy evolve?

This was the question that the LSESU Association of Southeast Asian Nations (ASEAN) Society and the newly-formed LSESU Indonesia Society had hoped to address in an academic panel titled “Indonesia: A Democracy at the Crossroads”. A product of the 1988 ‘Reformasi period’, Indonesia has successfully managed to combine Islamic pluralism with democracy for the last two decades.

Yet events over the past few years have led some commentators to speculate that there will soon be a strong challenge to the county’s democratic institutions and pluralistic principles. If true, this would certainly have immense implications for both the region and the world at large. These questions provoked lively debate between the three panellists, Dr. Carlo Bonura (Senior Teaching Fellow from SOAS’s Southeast Asian Centre), His Excellency Dr. Rizal Sukma (Indonesian Ambassador to the United Kingdom) as well as Anton Alifandi (Head of ASEAN Research, FT Confidential Research), and the over 50 audience members that attended the event.

Even accounting for the recent happenings such as the imprisonment of the previous Mayor of Jakarta, the panellists broadly agreed that Indonesian democracy remains one of the most vibrant in the region. This was a point honed in by one of the panellists who noted how the active political contestation in Indonesia stood in marked contrast to the coup in Thailand, reports of extrajudicial killings in the Philippines and the recent Rohingya crisis in Myanmar.

This was not to say, however, that the recent resurgence of ethnic politics was not disconcerting. Indeed, one of the panellists had expressed his surprise at how effective the religious cleavage was in mobilising voter against the Chinese, Christian incumbent during the 2017 Jakarta gubernatorial elections. Yet if one were to view Indonesian politics from a broader historical perspective, it could be argued that this phenomenon was not new. What was different, as panellists pointed out, was that it worked and to such great effect.

At this point, the panel alluded to the broader aim of the talk which was to assess the threat that such mobilisation methods will pose to Indonesian democracy in the coming years. In fact, Charlotte Setijadi, a researcher at the prestigious ISEAS-Yusof Ishak Institute, had noted the important and potentially negative implications these voter mobilisation tactics will have for the 2019 Presidential election. However, there was broad consensus amongst the panellists that one should instead focus attention on the 2018 regional elections. The degree to which this tactic is efficient in voter mobilisation during that period, particularly in areas currently run by minorities, will likely be a firmer indicator of how things might turn out in 2019.

Both Dr. Bonura and Mr. Alifandi hastened to point out that if anything it was the issue of inequality rather than religion that will likely be Jokowi’s Achilles heel as he seeks re-election in 2019. Growing income inequality and the effects of the economic slowdown has been disproportionately borne by both the unskilled, young and poor. It is this, they argue, that will make the largely unfounded rhetoric resonate with sections of the Indonesian electorate and potentially weaken Jokowi’s likelihood of re-election. Here, Mr. Alifandi pointed to the high youth unemployment rate to illustrate this point. Indeed, according to the latest International Labour Organisation (ILO) figures, Indonesia youth unemployment stands at a startling 19.2%. The ambassador, on the other hand, approached the issue differently by cautioning against drawing a causal link too earl given the fact that religious toleration continues to remain high in the country. This fact, he argues, is evidenced by the sheer number of churches and other non-Muslim religious sites across Indonesia. Other questions about Sino-Indonesia relations, elite corruption, counter-terrorism policies, media freedom and Reformasi were also raised by members of the audience. The moderator, Associate Professor of International History Dr. Kirsten also took questions related to her field of work.

All in all, although the outlook has been dampened by these recent event one should look to the opportunities that Indonesia continues to present going forward.