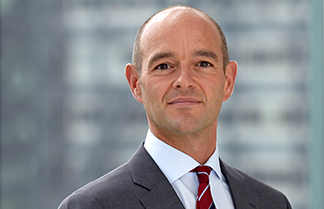 Interview with Dr Romani ; European Bank for Reconstruction and Development

Expert applied Economist Dr Mattia Romani is the Managing Director for Country and Sector Economics at the European Bank for Reconstruction and Development (EBRD). Previously, Dr Romani was Chief Economist of the Global Green Growth Institute and worked at the World Bank.

The interview was conducted at the LSE-UCL Economics Conference, which was held on the 21st of November 2015 at the LSE, and was organised by both the LSESU Economics Society and the UCL Economist’s Society, with the endorsement and support of the LSE and UCL Economics Departments. This annual conference which has been held since 2009 has attracted leading academics, experts and policy makers who come together to debate, discuss and exchange ideas and solutions pertaining to a wide spectrum of contemporary economic dilemmas. This year, the discussions were centered around the theme of, “Where is Economics Going? A Future of Uncertainty”, and attracted over 200 attendees, who flocked to LSE’s Old Theatre for the unique opportunity to witness some of the sharpest Economists from the fields of Developmental economics, Transitional economics and Industrial economics to name just a few, engage in intellectually stimulating debate.

(Q) Do you think a Brexit is worse than a Grexit for the EU?

Well, the first thing to say is that I am not an expert on the Euro area and I’m not an expert on the different scenarios here. I think both of them would be pretty bad for the economy. What we know, is that the biggest by far advantage of an economic union in the years of experience has been the increase in trade; intra-union trade, so the trade within the countries of the union. The role that this has played in economic growth is very, very large and this is by far the largest advantage of the economic union. We knew it in advance and the evidence is very clear that this is the case. So from the economic perspective, a Brexit or a Grexit would be equally very damaging if it implied that countries that were part of the union or trading system would stop being part of the trading system, or the trade would decrease substantially. And this would have a negative impact on everybody. So from an economic perspective I think it would be very naïve.

From a political perspective, it probably could be even worse. Because let’s remember that first and foremost, the vision of the union between European states was a political vision. And famously, it was in a speech that Winston Churchill gave in Switzerland – he talked about the united states of Europe, and what Churchill had in mind was not an economic union but a political union on the back of the failure of repeated World Wars in the 20th century. Let us not forget about the political role that the European Union has had in creating stability in the latter half of the 20th century. And I think we should not mess around with that and I think a Brexit or a Grexit would send the wrong signal politically as well as economically.

(Q) From what you say, it seems as though a Brexit or Grexit would be a game with no winners. Is this a fair summary?

The exit would be with no winners. There would be some political winners in the short term, and there would perhaps be – within the political cycle – some elements of the political sphere who would see that as a victory. But I think it would not take long to realise the economic costs and the political costs of either exit.

(Q) With regard to Russia and Ukraine and the deep recessions they were in, were you able to forecast these and what are your predictions for these two countries now?

Well, both Russia and Ukraine are going through very deep recessions, which are driven by very, very different factors. So in Russia the recession is primarily driven by the low oil price, to an extent by the sanctions which have reduced the integration of the Russian economy with the rest of the world. But primarily, they are driven by the low oil price. On the back of a period of very high prices, they had prompted fiscal and monetary policies which were not sustainable at this particular level of oil prices.

Now the good news, is that Russia has mature economic institutions that are managing this period of crisis quite well. So both from the central bank and on the fiscal side, the reactions they have had have been quite good, and we have started seeing signs of recovery. So our forecasts for Russia are negative for the next couple of years, but we are improving them. They remain negative, but we are improving them because we see the reactions authorities had had, were the right ones.

On Ukraine, the issue is completely different; it has little to do with the reduction in oil price but all to do with the conflict they have been engaged in, in the eastern part of the country. Then again though, Ukraine has shown resilience and has made some deep commitments to reforms. Now, on the back of these commitments, and if these reforms are carried out, we believe the Ukrainian economy can grow positively again in the next couple of years – probably not next year, but the year after we will see a recovery in the Ukrainian economy, subject to those reforms being undertaken seriously by the Ukrainian government.

The commitments are there, they have the instruments, it’s a second chance after a missed chance for Ukraine from a few years ago to really carry forward those reforms, particularly in the energy sector, the banking sector, and of course on the institutional integrity of the Ukrainian system.

(Q) And what about Greece? Are you more optimistic about the Greek economy?

The Greek economy is experiencing some interesting ups and downs. So of course there are some long term trends which can only be undone with some deep reforms in the Greek economy. Tax reforms primarily and the collection of tax revenue is crucial to that, reform of the banking sector – we’ve seen this week that there have been some signals on the re-financing of banks in Greece; our own bank has announced investment of 300 million in equity in Greek banks, which I think is a good sign.

So the resilience of the economy will depend on the outcome of these reforms again. So the commitment is there, politically, the country can probably do them, and the government has committed strongly to do them. The proof is in the pudding, so we’ll keep watching what happens in the Greek economy.

Oddly, the Greek economy had a small rebound which was mostly driven by very interesting economic behaviour, which happens every time you put capital controls – particularly when you limit the ability of people to withdraw cash. So consumption goes up as people withdraw cash to then use it, and we saw that in Greece. But that is just a short term economic trend.

(Q) Varoufakis (former Greek Finance Minister) was actually in London last Monday for a discussion at Royal Festival hall, and he compared the situation in Greece to the last few lines of “Hotel California” – You can check out any time you like, but you can never leave. Do you think this is a fair description?

I would say there’s something else that makes Greece and the Greek economy quite particular in this context, and something which is relevant to the work of the EBRD. The Greek economy is also intertwined with lots of the economies in South Eastern Europe. I’m talking about the Western Balkans – small economies, such as Macedonia, Montenegro, Serbia, also Croatia to an extent, and Albania, have deep links with the Greek economy. This is important because a solution between Europe and the European institutions, and Greece, will have implications for the smaller economies which are not part of Europe.

It is very important that we watch very carefully, that the good solution for Greece is not a bad solution for the smaller economies, which are very vulnerable at the moment. And part of the work we do at the EBRD, is to work with the European institutions, with the Greek government, and with the authorities in these countries, to ensure that the resolution to the banking problem in Greece does not have a systemic impact on the economies in South Eastern Europe.

PrevPreviousAmartya Sen on ‘The Country of First Boys’ at the LSE
NextBook review : Charlie Raymond’s “Hired, Fired, Fled”Next
On Key