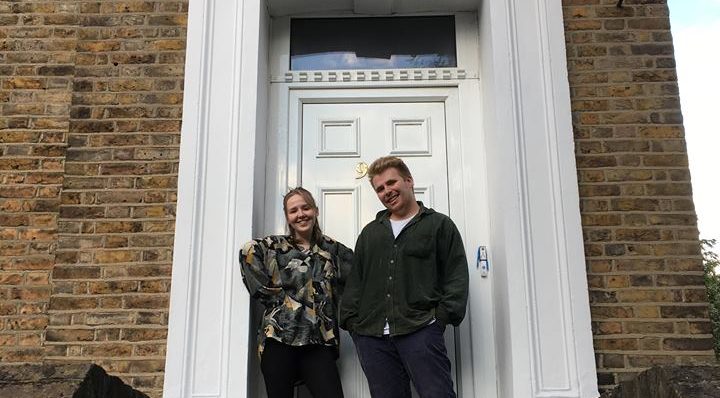 I can only apologise for what has been an inexcusable break in blog posting. I am sure this literary drought has been of great trauma to the whole of my committed and extensive fanbase, as I starved you of your regular dose of incessant waffle and personal over-sharing. Fear not; I am back.

I had just moved into my new, second year flat in my last installment. I must admit, in the aftermath of sharing a truly harrowing story of a broken appliances and filthy furniture, I was approached by numerous people, both friends and otherwise, who gave me pitying looks and offered to let me thaw my toes by their radiators. Since then, I can confirm that things have only got worse. Revisit that article, please, and multiply each issue by fifty, adding in an overbearing landlord and a fresh batch of mould. I email the estate agents weekly, who act as a valuable and worthwhile middleman between myself and the landlord by quite literally copying and pasting our emails to one another, adding in absolutely no advice or insight, but usually a sentence apologising for the landlord’s obscene and arsey demands. Ollie (my flatmate and best pal) and I have calculated that our landlord has actually visited our flat more frequently than all of our friends put together. We are unsure as to who this reflects worse on.

In spite of this, we have come up with a savvy way of dealing with the lack of shower, which is simply not to use it. Instead we traipse into uni each morning, slogging a Tesco bag containing a still-damp towel and some cheap shampoo, and use the showers in the Student Union. This is not only wholeheartedly depressing, but also a risky endeavour. I, like so many others, begin functioning only comfortably mid-way through the afternoon, so it is easy to forget crucial components of the morning routine when packing a bag pre-9am. I consistently forget my hairbrush, which means trying to find my parting with a pen in the mirror of the girls loos, and I have also experienced various temporary losses to my makeup bag. Poor was the aesthetic on the morning I brought only electric pink eyeshadow, and had to spend the day sans eyebrows. I have had multiple shampoo-related bag spillages, which are only narrowly topped by forgetting the shampoo altogether. I save a bugger-load on heating and water bills, but at the high price of my personal dignity.

Other than that, living in the flat is a dream. We have recently developed a bizarre interest in home redecoration, which I think derives from Ollie’s remarkably long-lasting love affair with Location Location Location. Around 11pm nightly, a strange and inspiring urge comes over us, and we get deeply in touch with the Feng shui of the room and begin to rearrange the furniture. Last night we made a seating area in the bathroom, the night before we made a sofa on top of a cupboard, last week we rearranged all the towels in colour order. We have also established a tea and coffee station, which entailed moving all of the tea bags into un-marked jam jars. I now spend my mornings tentatively hoping that I won’t unwittingly pull out the nasty lemony one. We have tried to improve our tea collection in a half-arsed attempt to appear refined and together, and now boast a rather extensive and obscure collection of tea bags despite only actually liking the PG Tips. I often find myself wondering who ever thought to put toffee apples in tea bag form, and more importantly, which prick ever thought to buy it. Nonetheless, I imagine Gwyneth Paltrow as the kind of person with a large tea collection, and she has a fuck load of zen.

We were not blessed with (enough money for) a living room, and this is usually fine when living with two people. However, we recently put our small scale accommodation to the test when trying to plan my 20th birthday party. To work out how many people we could potentially fit in, we went around the flat counting up all the available spaces which a person could, feasibly, occupy. We counted four around the dining room table, two perched on the worktops, approximately six leaning against walls, one on the toilet seat, one atop the washing machine, three on the edge of the bath and one lay down in it. We considered numbering these zones for maximum efficiency, and potentially allocating these numbers well in advance so people would, quite literally, know their place. We thought this was quite a good idea, and compiled a list of exactly eighteen friends we liked enough (or liked us enough) to trial our newfound social system. It was only when we realised that we had blockaded all access to the toilet in relying on the bathroom as a socialising venue that we concluded we were probably denying our peers their basic human rights, and decided to host pre’s elsewhere. If we place a disclaimer that you either piss before, or outside, I feel this could still be a plausible way of making the best of our tiny flat. After all, size doesn’t matter, its what you do with it that counts.

PrevPreviousFalling Flat: My Forage into London Housing
NextThe Flow of Water and the Drought of Blame Next
On Key