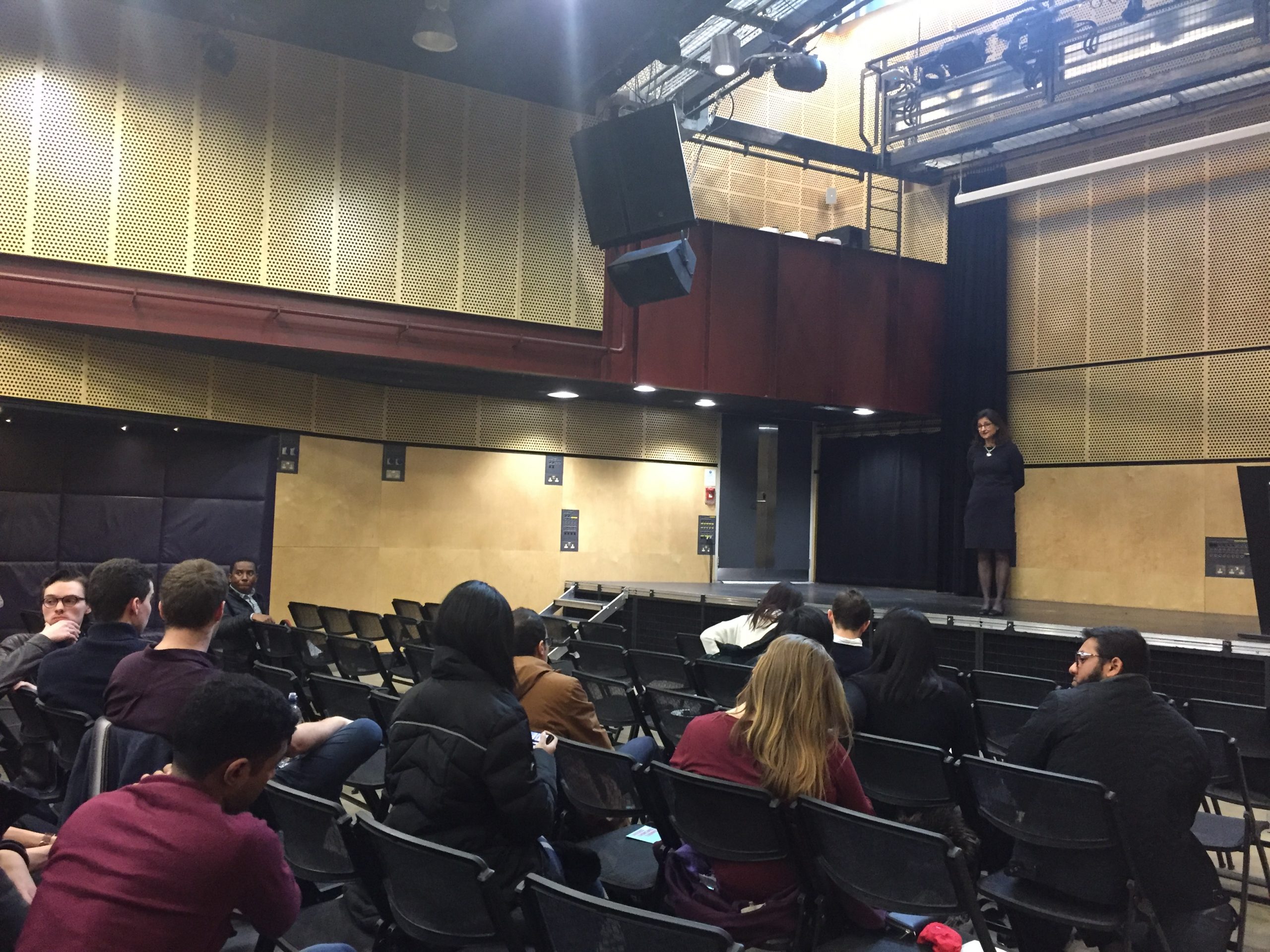 LSE Director Dame Minouche Shafik hosted a second student-only forum on Monday, 5 March. This time, the event advertised free pizza, which may have been a motivation for attendance.

More than 100 students attended the event, and – as the Director pointed out – questions seemed more equally distributed among undergraduates and postgraduates, marking a difference from the postgrad-dominated initial forum in Michaelmas Term.

The Director updated students on the progress achieved in the past 7 months. She highlighted the introduction of minimum academic standards, including standardising minimum number of contact hours and academic adviser contact time across degrees. She guaranteed there will be no exams during the first week of January 2019. End of year resits will be available for students starting next year.

Apart from academic improvements, the LSE has also set some bursaries for AU participation. Dame Minouche also highlighted the apparent success of the Beveridge 2.0 Festival.

LSE has been ranked second in the world for the social sciences, after Harvard. LSE topped the charts as first in the UK for widening participation, as well as employment prospects. The Director was especially proud of LSE’s performance in women’s employability.

She highlighted that LSE had received 20 000 applications for 1500 places for the next academic year. Regardless increasing fears of Brexit repercussions, applications in general as well as from Europe are up.

The LSE will soon be rolling out a strategy consultation survey that will be sent to all LSE stakeholders, especially staff, students and alumni. Respondents will get questions on six main issues, including LSE’s Global Engagement, the future of education at LSE (for example how big the school should be) and LSE’s research priorities.

The event ended later than advertised due to the amount of questions the director answered. Almost all questions were prefaced by commendation, either for the progress observed by students in some areas, or the event in itself. Students seemed to approve of the director’s openness to questions and criticism.

Many students asked for change in the room booking system for societies, a source of widespread discontent. Dame Minouche responded by saying that she will ask for more flexibility.

The event, however, was not without its tensions. Question time was opened by a representative of the German society, who read a statement criticising LSE Events behaviour in the organising of key events at the german symposium. A stand-off between the organisers of a controversial invitation to AfD politician Alice Weidel and students critical of the invitation.

PrevPreviousControversy Over 2018 German Symposium
NextYes, Trump is ‘Almost Certain’ to lose Re-election in 2020Next
On Key