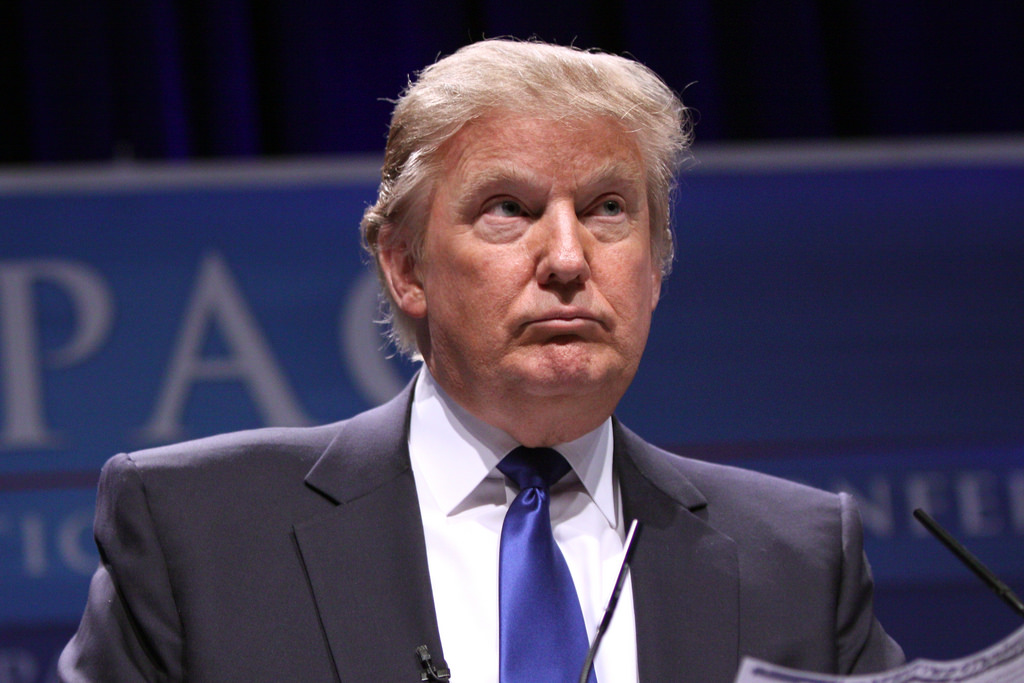 Yes, Trump is ‘Almost Certain’ to lose Re-election in 2020

Nearly a month ago, I wrote an article for this paper arguing that the Democratic Party’s primary contest in 2020 is likely to be a packed field due to President Trump’s poor approval ratings. I was pleasantly surprised to find that a challenge to my article was published a few days ago. I was less pleasantly surprised to see that Ethan Wroe has, unfortunately, failed to engage with the substance of my article.

He seizes on my claim, in the very last sentence of the article, that any Democratic candidate will “almost certainly” defeat Trump in 2020, if he chooses to stand again. Mr. Wroe, I think, does himself a disservice by implying that this claim was the focus of my article.

He surely recognises that my article does not focus on Trump’s re-election campaign in 2020. It is an article about the Democratic Party and their 2020 primary contest. Therefore, I do not lay out in my article why, other than due to his poor approval ratings, I find Trump’s chances of re-election to be so minimal – it’s just not what I was writing about! Yet, Mr. Wroe seizes on my lack of detail in his article. My claim, he says, is “based on Trump’s current approval rating”. He is correct to say so, but neglects to mention that the focus of my article is the Democratic Party, so it is perhaps natural that I do not have the time or space to set out a full case for my claim. Mr. Wroe lays out a convincing, credible argument that, in fact, Trump has a real chance of winning re-election. He deserves credit for doing so, but he should not represent it as a rebuttal to my article, given that our articles have a fundamentally different subject.

Mr. Wroe seems to have judged my entire article on the last sentence alone. In that sentence, I do claim that the Democratic nominee in 2020 will “almost certainly” defeat Trump in 2020. He is right to challenge me for that claim, which I acknowledge was perhaps too bold for this particular article, given that its subject was another issue. It remains my view that Trump will “almost certainly” lose in 2020, regardless of who the Democrats choose to face him, but I accept it was misguided of me to express that opinion in this particular article, because such a bold claim probably requires an article in itself.

However, Mr. Wroe should perhaps note that, at other points in my article, I describe the chances of a Trump victory as “improbable”, “very unlikely”, and a “tough ask”. In seizing on my claim that a Trump defeat is “almost certain”, he is focusing on the exception rather than the rule in my article. He is justified in doing so, however, as I must accept responsibility for what I wrote.

I am happy to argue exactly why I see the chances of a Democratic victory in 2020 as “almost certain”, and will seek to do so in my succeeding points. I hope that the arguments I make will assuage Mr. Wroe’s concerns that I am doing “a disservice to political journalism”, even if he does not share my point of view.

Mr. Wroe is correct to point out that Trump’s approval rating was very low on election day in 2016. However, he neglects to mention that his opponent’s approval rating was also historically low. Gallup put Clinton’s approval rating at just 40% on the eve of the election. This was an election between two uniquely unpopular candidates, and Trump is unlikely to enjoy such a luxury in 2020. To take just a few possible candidates who might face Trump in 2020: Joe Biden and Bernie Sanders both hover at around 57% approval in national polls. Of course, it would be expected that those high ratings would slip somewhat during a long, bitter, divisive presidential election, but surely not to the depths that both Clinton and Trump sunk too. Therefore, it is true that Trump’s low approval ratings did not prevent his election in 2016, but it is surprising that he neglects to acknowledge the similarly low ratings of Trump’s opponent.

As to Mr. Wroe’s claim that I suggest Trump “would be unlikely to win even one of the crucial tipping point states in 2020 – Pennsylvania, Wisconsin, Michigan and Florida – despite winning all four of them in 2016”, I suggest that he re-reads my article. In fact, I say that he would need “to win two or three of these four crucial swing states in 2020”, and state such an occurrence is unlikely. I stand by that claim, given that Trump won by just 120,000 votes in Florida, 68,000 votes in Pennsylvania, 12,000 in Michigan and 30,000 in Wisconsin. I stand by my claim that Trump will find it difficult to win two or three of these crucial swing states again in 2016.

Mr. Wroe claims that “Clinton easily won all three presidential debates”. On what basis, I wonder, does he make this claim? Surely he cannot be claiming that, objectively, Clinton won all three of them? Making such a subjective claim, and presenting it as objective, one could almost argue, does a “disservice to political journalism”.

Finally, Mr. Wroe somewhat undermines his argument by acknowledging that, if not for the Comey letter, “Clinton would likely have won the election”. On this, he and I concur completely! Given Trump’s tiny margins of victory in Pennsylvania, Michigan and Florida, I think the Comey letter certainly played a decisive role in Clinton’s defeat. He is correct to say that a similar “bombshell event” could shake up the next election, but by the same logic, the absence of such an event in 2020 would surely doom Trump’s chances. I think it is therefore fair to assess Trump’s chance of victory as being very slim – Mr. Wroe himself seems to be claiming that a Trump victory could rely on an ‘October Surprise’ of the magnitude of the Comey letter, which, of course, is highly unlikely to occur.

I hope that these points adequately address Mr. Wroe’s concerns about my article. He does not have to agree with my arguments, or with my conclusion, which has not changed. However, it is my view that he does himself a disservice by labelling my article as “foolish, irresponsible and not grounded in reality”, given that he knows my article was not addressing the reasons why Trump probably will not win in 2020, but rather the Democratic primary contest. Indeed, there is some irony in his grandstanding about the responsibility of political journalists to “provide accurate facts and reliable statements to their readers”, rather than “bogus media narratives”, given the way he misleadingly characterises his article as a direct response to my own (despite the two articles having totally different subjects), and the way he distorts my arguments.

PrevPreviousDear White People: Not Everything is About You
NextThe SU, Alice Weidel, and the smell of censorshipNext
On Key