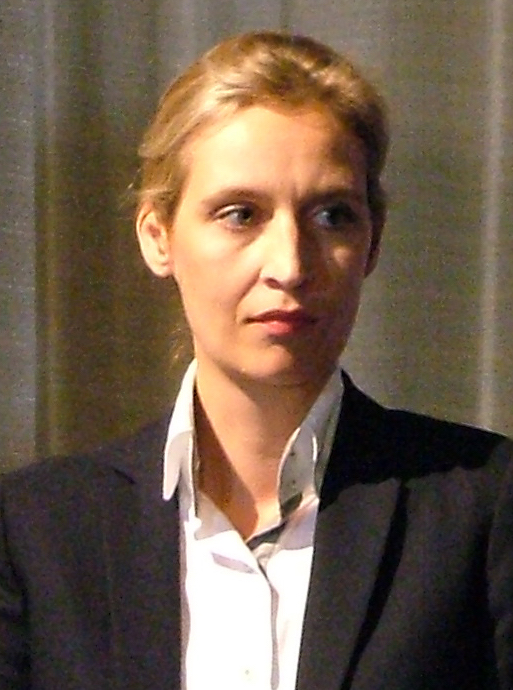 The SU, Alice Weidel, and the smell of censorship

Thursday, 8th March, saw one of the most disappointing turnouts in recent SU elections. The Beaver reports that ‘just under 20% of the LSE’s student population’ voted to elect the new General Secretary. It seems, though, that somewhere at the Saw Swee Hock building it was felt that the week had not been sufficiently shameful.

On the same day of such poorly contested elections, the General Secretary issued a statement where he announced the SU’s decision to cancel an event organised by the LSESU Ethical Finance Society. The society had invited Alice Weidel to speak on Brexit. Ms Weidel is the leader of the main opposition party in Germany, Alternative for Germany, a right-wing party which is performing incredibly well in the polls, with an average of almost 14% of the votes. It was a funny and sad coincidence that the 8th of March was both the day we found out about the incredible lack of engagement by the student community with the SU elections, and the day when the General Secretary justified the SU’s censorious decision on the basis that it was representing the values and opinions of its members, the students. One wonders if the SU really knows what these values are.

It is perhaps a sad sign of the times that I should first note that I have no sympathy for Weidel’s controversial statements on a series of issues. Yet the point is precisely that whether or not I (or, indeed, the General Secretary or any other member of the SU) agree with her is absolutely irrelevant, and should by no means justify the cancellation of an event. But, somehow, the SU felt entitled to make such a decision: after all, it seems, university is now a place where, more than anything else, we want everyone to feel cosy and comfortable. Allowing Ms Weidel to say outrageous things might disrupt this obsession by the SU to turn university into a well of Danish hygge, a stream of endless comfort with chats by the fireplace about how warm and harmonious life is.

By cancelling the event, the SU must be incredibly proud of such a demonstration of power. And I’m sure Ms Weidel is very frustrated by the fact that she won’t have intelligent, knowledgeable students challenging her most controversial views. Instead, she will use the time to continue her political fight in Germany, and the more she is treated in the way the SU has treated her, the easier it will be for her to voice extreme views with an aura of martyr which she does not deserve.

What the SU has achieved — and very effectively — was to convey in a perfect way the attitude that it has towards its members. By cancelling the event, the SU has shown it does not trust its students’ ability to evaluate, analyse and reject arguments; it has shown that it believes that the only way to have a campus free of racism and xenophobia is by preventing students from being confronted with such type of arguments. University should be a place where our views are challenged and where we are incentivised to make the best possible case for each one of the views we hold. The SU has chosen to defeat the other side through censorship rather than reason and argumentation.

With it, the SU is dragging an entire student community to a space where comfort, harmony, and orthodoxy matter more than free speech, exchange of ideas and argumentation. Worse than that, it has resorted to the always useful excuse that the conditions of ‘security and safety at the event’ were not ensured. Needless to say, a Students’ Union which really serves its societies would make the best effort to ensure these conditions would be met. And it should not be too hard to do so when the LSESU is three times as costly per student as the average Students’ Union in the UK, as an article in the Beaver from November 2017 reported.

Instead of promoting debates and contributing to the most effective antidote to racism and xenophobia — persuasion by reasoned arguments — the SU made a clear statement and showed it prefers to address these issues by pretending they do not exist.We are reminded of the LSE’s motto nearly every day; the SU should make everyone clear of its own motto too. That way, should we ever need a rest from ‘To know the causes of things’ — a celebration of knowledge and intellectual stimulation — we can take refuge at the SU, where ‘What you don’t know won’t hurt you.’