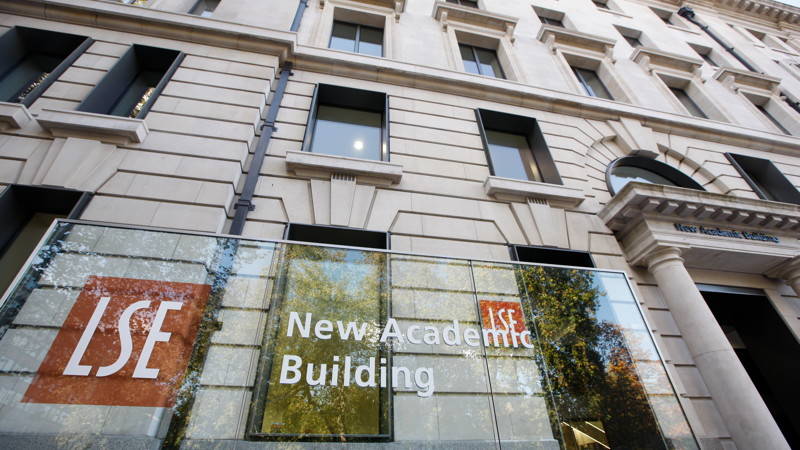 ‘LSE Pay Up’ calls for equality in staff pay

Since 2004, support staff (other than senior management and academic staff; also known as Professional Service Staff) have had real term pay cuts since 2009, meaning that salaries have increased but not in line with inflation rates. Over the last five years, the cost of living has risen by 11.9% while LSE support staff salaries has risen by just 6.25%, according to a 2017 Office for National Statistics report. To appeal this, the three LSE trade unions, UCU, Unite and UNISON, submitted a claim to senior management in November 2017.

LSE’s ‘Strategy 2020’ aims to achieve integration of professional service staff into the School community. However, in the Staff Pulse Survey last May, only 31% of staff agreed with the claim that they “rarely think about leaving the School to work somewhere else.”

Earlier this month, the three unions held a survey of support staff, finding that 86% are unhappy with their pay, and 69% rate their financial situation as ’poor’ or ’not good’. Many administrators with salaries of £20,000 have had to undertake a second job at the weekend to meet living costs. Additionally, the survey found recurring complaints of little or “no disposable income, with no chance to save, and [an increasing] reliance on credit cards and overdrafts”. One respondent commented: “I take home less than I was 9 years ago, although I am working an extra half a day a week.” Another wrote: “I requested help from the staff hardship fund which I have never had to do in any other job, which was humiliating and embarrassing as I had to fully disclose all my financial details – that was 5 months ago and I have not heard anything back, not even an acknowledgement of my application for help.”

Negotiations took place in December, and a second round last month, in which senior management agreed to meet 25% of the original ‘LSE Pay Up’ claim – amounting to a difference of £5-30 a month depending on the individual. A town hall on the 22nd of February found that overwhelmingly, members of LSE trade unions rejected the 25% increase – though this is only an informal consultation at this stage. Michael Etheridge, LSE’s UNION secretary, told the Beaver: “we’re not a poor institution.”

Until last year, Michael claims, the LSE Director sat on the renumeration pay committee. When the salaries of the Director and Pro-Directors were being set, they left the room, then to re-enter.

The national UCU committee submitted an FOI request, finding that 95% of university leaders are members of these committees or entitled to attend meetings. Only 7 of 158 institutions surveyed said their vice-chancellor was barred from attending. Last month, the Committee of University Chairs published guidelines stating that vice-chancellors should not sit on committees deciding their salaries. The UCU general secretary Sally Hunt has said: “plenty of politicians have tried to address the problem in the past and failed. Staff and students should be given seats at the top table in universities and all minutes should be made public.” There is currently one seat on LSE’s renumeration committee that liaises for support staff.

Michael says LSE Pay Up and its member trade unions are “against the commodification of public education”, and “LSE shouldn’t misappropriate public funds.” “Support staff are on the receiving end of this” misappropriation: the new LSE Director’s neglect of them “a kick in the teeth”, especially after the last official LSE staff survey in 2015 found particularly negative results on stress and work-life balance. He told the Beaver that the most important stakeholders are students, but the deliverance of better services depends on staff wellbeing and fairer salaries. For students, he says, this is important because its part of a “broader social issue: decreased power for workers.”

On Wednesday the 21st February LSE Pay Up will be holding a rally.