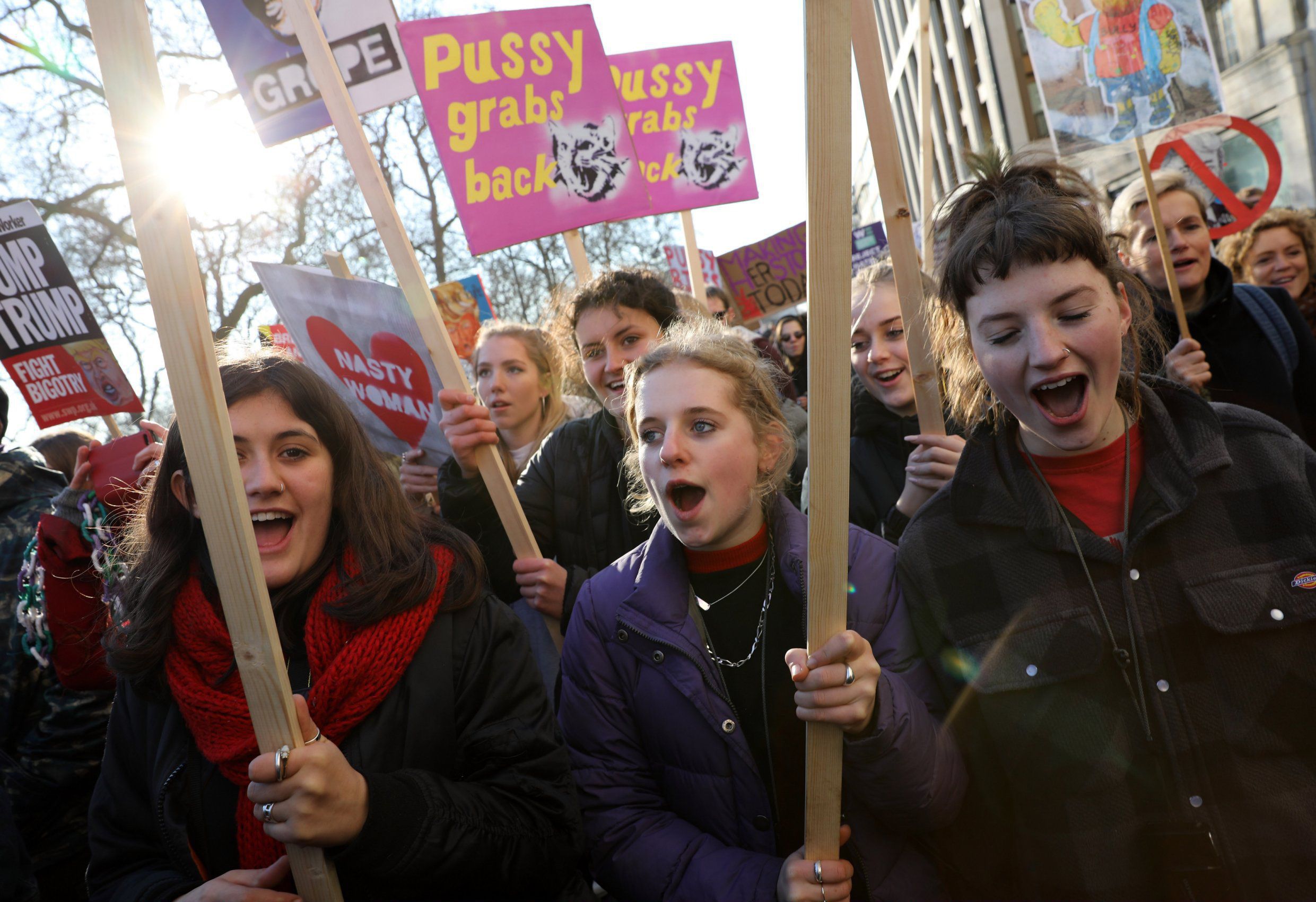 On the 21st of January, the anniversary of Trump’s first day as US President, thousands convened on Richmond Terrace near Downing Street in London to protest “gender-based violence, sexual harassment and abuse”.

In attendance at were speakers such as Helen Pankhurst, great-grand-daughter of suffragette Emmeline Pankhurst; Reni Eddo-Lodge, author of Why I’m No Longer Talking to White People About Race; Paris Lees, transgender activist, and Isabelle Lemberger-Cooper, a community midwife and NHS activist. Of the 17 speakers who attended, 11 were BME.

Of the LSE societies that responded to my block email, none had an organised presence at the march, with only two having knowledge of a committee member in attendance.

First year student Emma Lyons told me she checked the pages of societies including the Intersectional Feminist Society and said: “it was pretty disappointing that neither society seemed to think this event warranted an official LSE presence. What’s the point in having feminist societies on campus if they aren’t engaging with historic events happening on our very doorstep?”

The LSESU Intersectional Feminist Society did not endorse the march. While they “support any movement that aims to reduce sexual assault/rape and generate empathy” to those affected, they disagree with the march culture associating “feminism with their genitalia, excluding trans women. Pink pussy hats in particular imply that march goers lack solidarity with women or femmes who do not have ‘pink pussies’”. They claim that Women’s March and subset organisation ‘Time’s Up’ lacks the inclusion of ‘marginalised voices”, and it is a “non-intersectional endeavour”. Instead, the society encourages students to engage in activist work irrespective of single-event marches or “whether or not Donald Trump is in political office.”

Rania Ramli, an LSESU Labour committee member who attended, told me: “The realities of patriarchal oppression can sometimes feel inescapable, but listening to incredible speakers and talking to amazing activists this weekend gave me real hope that things can and will change.”

LSESU Labour’s chair, Caitlin Prowle, added that “there are many ways to bring about change, and both protest and contact with MPs can be effective. However, the solidarity and unity of women coming together to peacefully march is something very special.” She added that committee members will be attending gender and transphobia awareness training this week, in light of a GoFundMe campaign initiated by Labour Party members to exclude trans women from all-women shortlists.

The secretary of LSESU Conservatives commented: “Whilst we share the concerns of most about career progression (etc) for women in the market, we believe contacting your MP is more effective than a march on Sunday, which few politicians will notice – let alone address.”