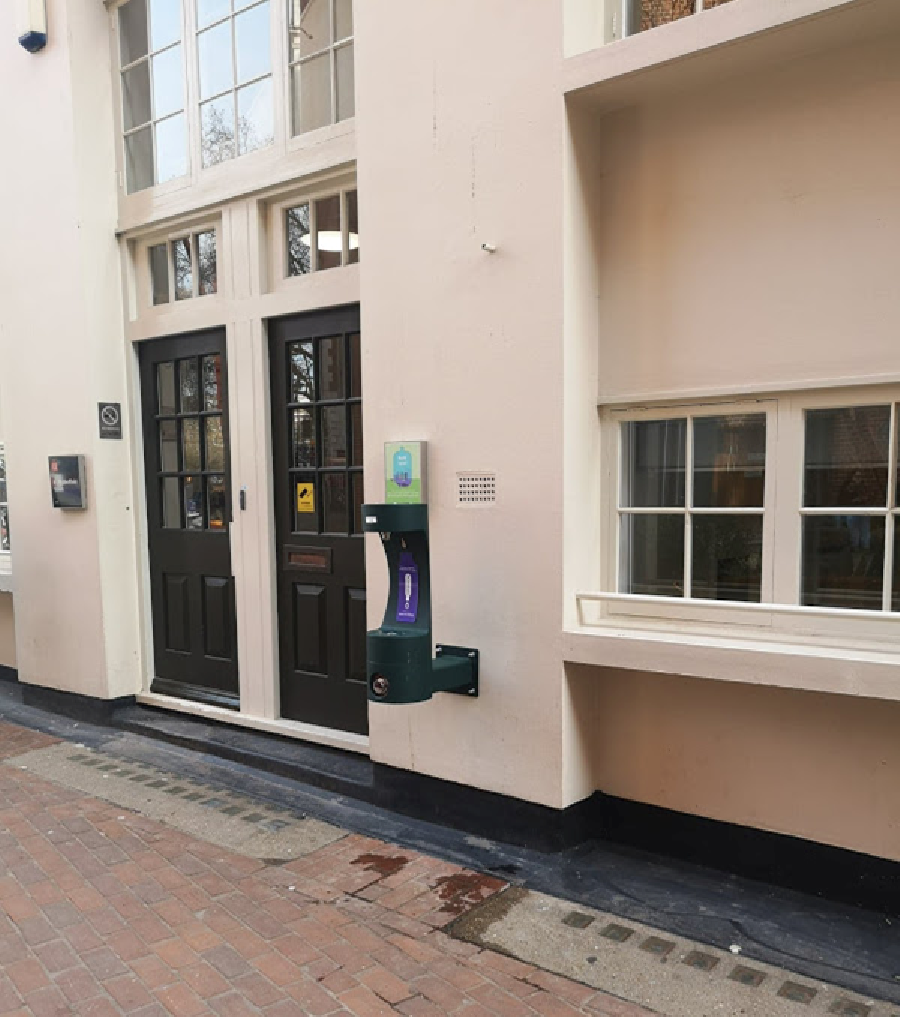 LSE’s Head of Sustainability claims that the new water fountain, which has been installed on campus as part of the #OneLess campaign, “will enable students… to be part of the solution to our global plastics issue”.

Students walking by the Students’ Union building will have noticed a new water fountain that has been installed, forming part of the LSE’s efforts to crack down on plastic waste.

The new fountain is located just outside the Saw Swee Hock Centre and was launched during the LSE’sGreen Week.

Funded by the London Drinking Fountain Fund, the project is being supported by the office of the Mayor of London as part of the city-wide#OneLess campaign, which aims to install at least twenty new drinking fountains across London.

The campaign has achieved notable success. Not long ago, fewer than 0.1% of LSE students used reusable cups, but a 10p charge introduced by LSE Catering last year on the use of disposable coffee cups allowed that figure to increase to 18%.

Shirley Rodrigues, the Deputy Mayor of London for Environment and Energy, expressed her support for the project. “Water fountains are a simple but effective way to encourage Londoners and visitors to switch from plastic bottles to reusable ones,” she said.

“The demand is greater than ever for quick and easy ways of accessing free drinking water and I’m pleased to see these fountains now appearing in public spaces across London. They’re already proving popular and City Hall is working on plans to install many more to benefit both thirsty Londoners and the environment.”

“In addition to the global impact of our research and teaching on sustainable development, we’ve cut our own carbon emissions by 33% since 2005, we send zero waste to landfill, and our new Centre Buildings and Marshall Building have achieved ‘BREEAM Excellent’ for their green design,” he said.

“We are delighted to have installed this water fountain provided by #OneLess and the Mayor of London, as part of the London Drinking Fountain Fund. It will enable students, visitors and Londoners alike to be part of the solution to our global plastics issue.

“It also shows our commitment and contribution to the #OneLess campaign to cut plastic bottle use, and the Mayor’s goal to make London a greener city.”

Rachel Shairp, Coordinator of the #OneLess campaign, said that she was “really pleased to be working with LSE to reduce plastic bottled water use on campus by providing more sustainable ways to drink water.”

She added: “Londoners get through over a billion single-use plastic water bottles each year, which could find their way into London’s waterways and the Thames, eventually polluting our ocean and marine ecosystems for hundreds of years.

“The level of enthusiasm we are seeing for eliminating bottled water across London is fantastic. Together with organisations like LSE, we are making great strides towards becoming a plastic water bottle free city.”