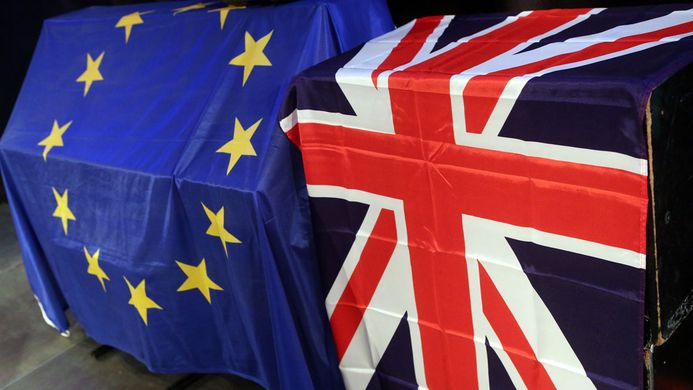 A panel hosted by the LSE Department of Gender Studies, School of Public Policy and the European Institute explores the gendered gains, losses and dilemmas of Brexit in relation to policy making, the development of social workers’ rights, the likely reshaping the gender regime and the issue of migration.

On Wednesday 21st November, a panel discussion chaired by Professor Wendy Sigle, LSE Department of Gender Studies, took place in the Wolfson Theatre. The panel consisted of speakers from all over the country, drawing on the neglected gender debate within the context of Brexit.

Although advertised as ‘Brexit: Gains, Losses and Dilemmas’, the panelists found little gains, with the discussion instead primarily centering on dilemmas.

The first speaker, Professor Linda Hantrais, Emeritus Professor of European Social Policy at Loughborough University, commented that the UK has always been “half in and half out” of the European Community. This raillery of the UK’s role within the EU was reiterated by Professor Colette Fagan, Vice-President for Research at the University of Manchester, as she jokingly remarked that the “UK has not been a pace setter of any standard within the EU.”

The see-sawing of the Brexit debate was also commented upon by the panelists who appeared to commonly agree on one thing: the future of UK gender policy is fuzzy.

In terms of dilemmas, reasons for the vote, statistics and campaign strategies were discussed:

Hantrais discussed the development of the gender dimension within EU social policy and drew attention to the fact that better educated, younger voters, in particular female, voters voted remain in the 2016 referendum.

Dr Ania Plomien, Assistant Professor within the LSE Department of Gender Studies talked about a lack of UK commitment to one of, if not the, most progressive gender regimes in the world, stating that: “Brexit was pursued despite rather than because of social concerns.”

A key shortcoming in terms of UK immigration policy was highlighted by Professor Eleanore Kofman, Visiting Professor at the LSE Institute of Global Affairs: “the system does not account for gender.”

Professor Roberta Guerrina, Professor of Politics at the University of Surrey, drew attention to the deeply gendered nature of the referendum campaign, pointing out that just 6% of the official remain campaign related to gender policy, with an even more depressing 2% for the Leave campaign.

Fagan ended her discussion bleakly: “Brexit will or is already harming the pursuit of gender equality in the UK”.

Three issues were highlighted for the mainstreaming of gender within employment:

Overall, Hantrais argued that there will not be major changes to gender policies at either EU or UK levels post-Brexit due to the issue of gender being of low priority for the remaining member states. Unfortunately it is clear that the issue of gender equality remains largely marginal in ongoing discussions about post-Brexit Britain as Guerrina pointed out that “equality [is] seen as a second order issue.”

The implications for post-Brexit immigration laws slightly more clear, driven by a governmental desire to incorporate current EU citizens within the far more restrictive British immigration rules applied to third country nationals. From a social perspective, Kofman argued that the majority of the vulnerable visa seekers likely to be impacted are female, through applications for settled-status for EU citizens and their families.

Kofman mentioned that laws only allowing visas to those earning over a certain amount of money fail to account for the gender pay gap, amongst other factors. Fagan also echoed this sad truth: “the gender pay gap is always underplayed.”

On the whole, the panel came to one conclusion: the issues related to reasons for the outcome of the referendum still exist, but the way in which discussion is framed requires a feminist lense.