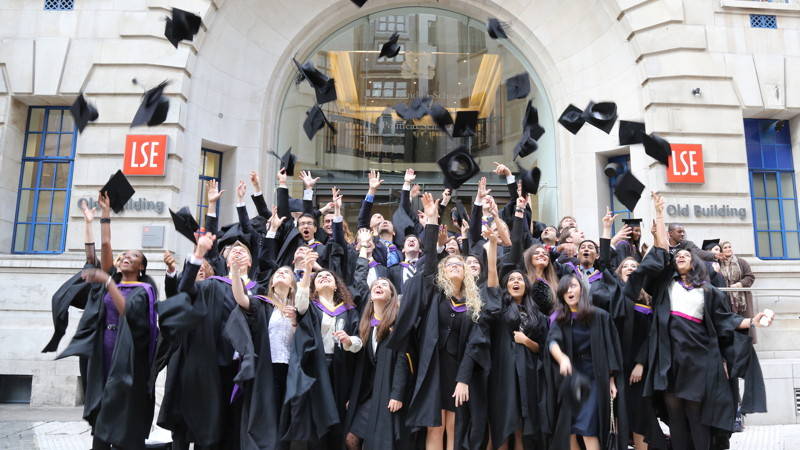 The LSE is the top institution for average earnings for graduates by age 29, according to raw earnings data compiled from tax records by the Institute for Fiscal Studies (IFS) and the Department for Education.

LSE’s success may come down to the fact that Economics is the best paid degree subject, with Medicine a narrow second. For women, Medicine remains the best degree, as women studying this course may earn 78% more than non-graduate women.

The data sheds light on differences in earnings between men and women across the UK. The Guardian’s coverage highlights the most extreme gender gap among those who studied architecture at Cambridge: while men recorded average earnings of £200,000, for women the figure was just £50,000.

Male graduates from Oxford, Cambridge, Warwick and Imperial could expect to learn over £50,000 by the age of 29, but, on average, women from these institutions cannot expect to reach this threshold, according to the data.

Reasons for the gap include women working part-time or starting families. Analysis also found that there was a strong correlation between a student’s earlier educational results, including GCSE and A-level grades, as well as their social and economic status, and differences in graduate incomes.

This data was collected from students who graduated ten years earlier. However, Sam Gyimah, the Higher Education Minister, dismissed this as a concern, saying “I think it is pretty serious if there is a course that 10 years ago did not deliver value, and that course is still being put on for future and prospective graduates to take. I think the intervention should be swift in that case.”

An LSE spokesperson told The Beaver: “Many LSE graduates perform remarkably well in securing professional level employment and have some of the highest average starting salaries out of all UK universities. But, in addition to succeeding in highly-rewarded careers, LSE graduates have a strong record of excelling in a range of sectors – such as academia, international development, non-governmental organisations, and public service.”

The data comes alongside the continuing debate about the value for money of some degree courses, as well as the systemic issue of the gender pay gap.