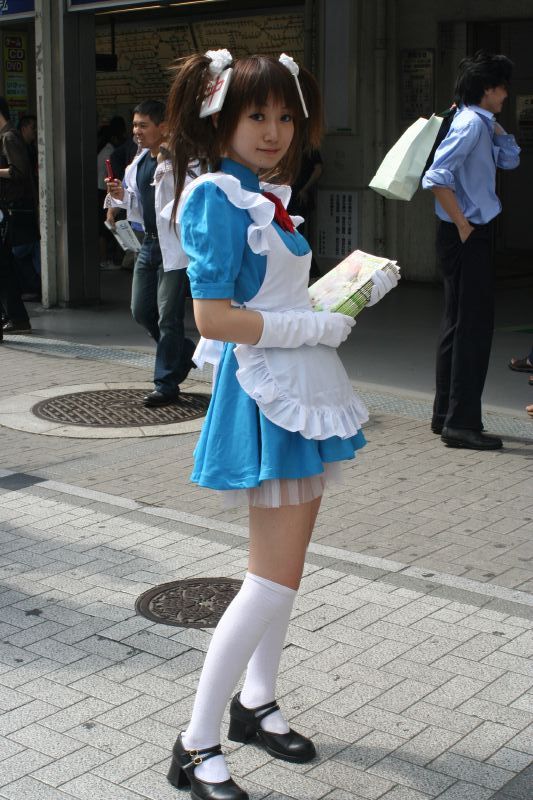 Of Maids and Masters: My Experience Working at a Maid Café

It was a dreary Saturday afternoon, I looked out of the window and saw the sky turning more blue-greyish by the second. Unhindered by the typical pre-monsoon season weather in Hong Kong, I nonchalantly fixed the front of my lace apron through the faint reflection on the glass. I knew in my heart that it was going to be a busy day; those fanatics would be undeterred by this weather.

As if the Universe heard the monologue in my head, the doorbell rang. It has only been 5 minutes since we’ve opened the shop, and the bright sound sang through the café, marking the start of a hectic day at work. Heading towards the door, I frantically adjusted my costume one last time. I gently opened the door, gave the gentleman my usual demure smile, lowered my gaze and bowed carefully, trying not to overdo it so my headdress would stay on my French hair up do. I rose after a compulsory 5-second, and said, “Welcome home, Master.”

A maid café is a restaurant where the waitresses are dressed in maid outfits. Its roots can be traced back to the Taisho era in Japan (1910s-1920s), where the Parisian café culture swept the streets of Tokyo. In order to distinguish themselves from their competitors, an Osaka businessman decided to dress his female waiting staff in French maid costumes, allowing his middle-class clients to experience the fantasy of being the masters of a grand household.

After World War II, such establishments closed down and the culture dimmed. It is not until 80s when the restaurant chain Anna Miller’s began to dress their waitresses in white blouse and a pink miniskirt with the waistline right under the breasts that the culture started to grow again. It was much like the Hooters in America, where the restaurant put their main selling point at the sexual appeal of their female staff.

Its popularity got translated into the anime scene when the developer of the adult computer game Welcome to Pia Carrot!! set up a promotional event where they employed a group of waitresses dressed in clothing similar to Anna Miller’s and had them serve food and drinks. From there, the maid café culture grew and it inspired similar shops all across the world, including the USA, France, Hong Kong and Taiwan.

There are several types of maid cafés: the anime type, where the maids are dressed in more flirty costumes and are required to act like a character, usually a playful, excited young girl. The Japanese coined the term “Moe” to this persona. The maids are encouraged to instruct customers to perform magical chants when they serve their meals.

Then there’s the traditional type, where the maids are dressed in traditional French maid costumes i.e. white cotton lace apron on top of a long black dress. The maids are quieter and reserved, portraying the traits of an ideal servant of a stately European aristocratic household in the past. 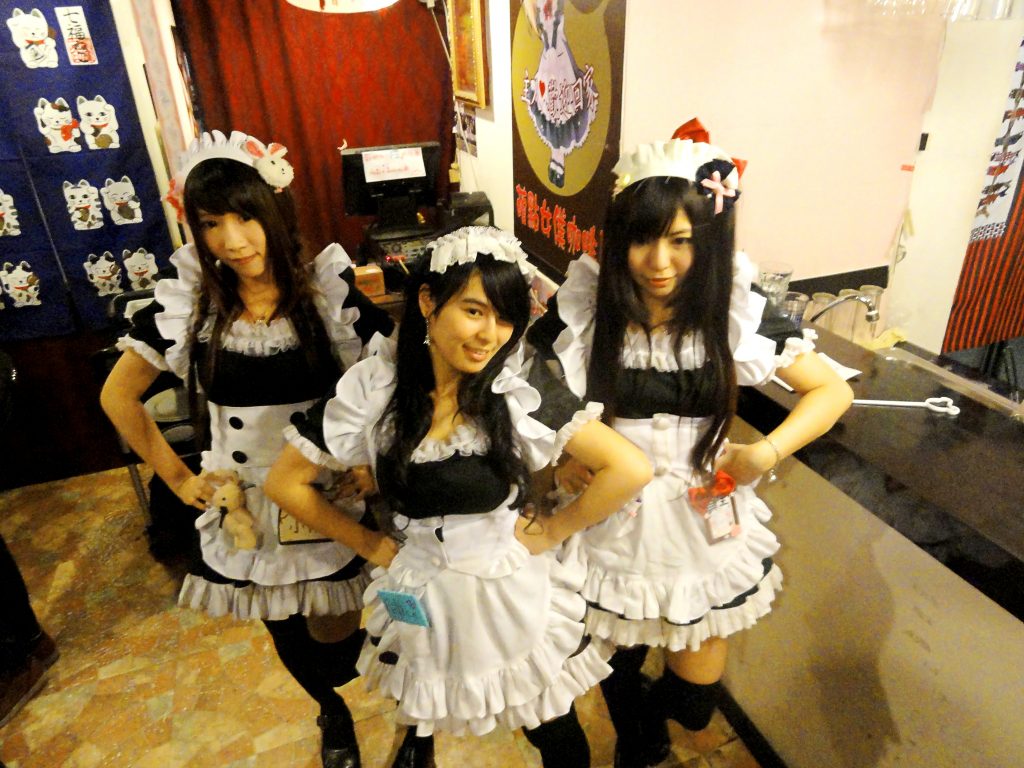 On some level, the maid costume is the ultimate requirement which distinguishes a maid café from other shops. However, the essence of it lies within the service the maids offer. Granted, it’s not like silver service from 19th century Victorian England, but dare I say to become a maid, one must be subservient to a certain extent and obey a set of rules.

The rules that I had to follow when I was a maid included greeting the customers with the phrase “Welcome home, Master/Mistress” upon their arrival, lowering my gaze and giving a curtsy whenever the customer walks pass. I also had to kneel by the table when serving the customers their foods and drinks and call the customers by the titles “master” and “mistress”.

The reason why I applied to a maid café is because the novelty aspect of it. As if I was on a mission to research more about this particular subcategory of a cosplay restaurant, there was a part of me who wished to be more in touch with my femininity.

Although I was only a maid for a short 2 months, I fully submerged myself into the role. Docile and demure, I was soon a favourite of the regulars and have earned a significant amount of tips from them. By creating a fantasy, I felt I was able to make my customers satisfied by obliging to create a space which allows them to escape from the expectations and realities of society.

To be brutally honest, I am not proud of having taken up a job where there is an element of selling my youth and beauty, let only the moral implication of putting a price on providing what’s supposed to be basic human emotional needs. I was exposed to an alarming truth of the current psychological state of our society. Why are we so lacking emotional intimacy that we are artificially creating such a market?

More importantly, through the lens of this role-play, my identity as a young woman is has called upon question. A a certain period of time, I have grown out of the excitement, and found myself lost in the two-dimensional self-image that the job endorsed. The truth is I was very uncomfortable in being a vessel that serves to satisfy an emotional fetish.

I have always been a feminist, yet being in this role I felt a part of my belief system has been compromised. Whilst I respect the virtues of traditional female qualities, I simply cannot be legitimising using my youth and beauty to get financial aid. This flood of confusion and semi-identity crisis clouded the joys of this job. Yet at the same time, I chose to see it as a ray of sunlight in the search of my authentic self; I’m more complex than an object of adoration, and it’s perfectly okay to feel this way.