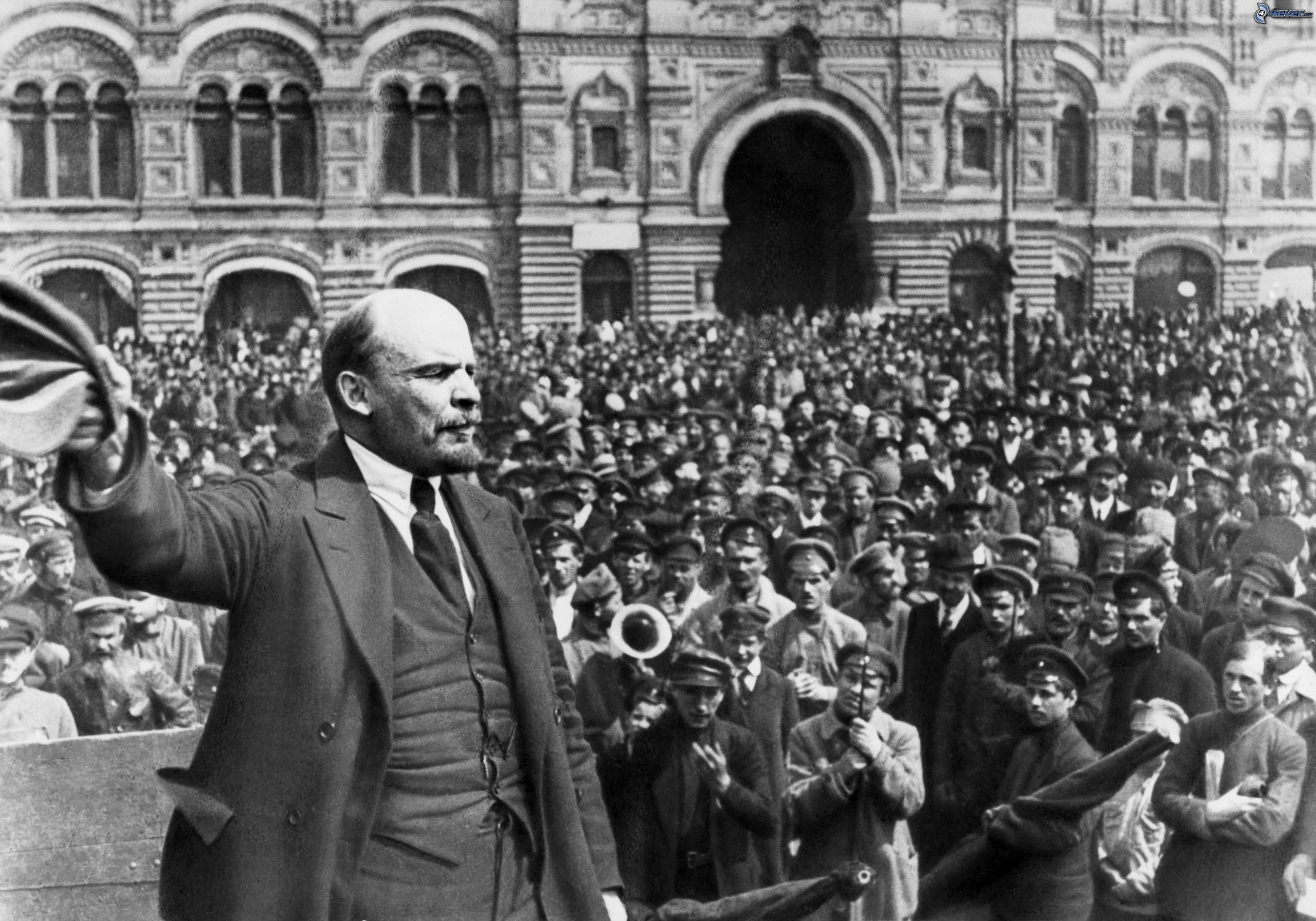 “The only historian capable of fanning the spark of hope in the past is the one who is firmly convinced that even the dead will not be safe from the enemy if he is victorious. And this enemy has never ceased to be victorious…”

—Walter Benjamin, “Theses on the Philosophy of History”

“[T]here are moments in which theory is pushed on further by practice. But such a situation neither exists objectively today, nor does the barren and brutal practicism that confronts us here have the slightest thing to do with theory anyhow.”

[/vc_column_text][/vc_column][/vc_row][vc_row][vc_column][vc_column_text]A false reassurance exists around the year of 1917, equally for those who treat its legacy as a model and those who treat it as a question that has yet to be answered. As the revolutionary Marxist, Rosa Luxemburg, herself put it: the October Revolution posed a question that couldn’t be answered in Russia. While a centenary is arbitrary, we are compelled, nevertheless, to reckon with the legacy of 1917; it still seems to task us today, but in what way?

As one brushes the past century against the grain, it seems that the Marxism of those who attempted to carry out the international proletarian socialist revolution does not explain the world we live in today. Marxism was understood by them as a theory of social revolution, grasped and practiced as a living totality. Their imagination of the past, which flashed up, like a memory, informing their attempt to transform society, was that of Marx’s understanding of the failed democratic revolutions of 1848 wherein the bourgeoisie was no longer able to lead the masses and the proletariat was not yet ready.

Instead, bourgeois fanatics for order were shot down from balconies in the name of order. The state, acting as special bodies of armed men and embodied in the figure of Louis Napoleon Bonaparte, rose above society to act in the interests of everyone and no one, in the name of order. For Marx and Marxists, the lesson to be learned from this failure was the necessity of the proletariat to lead the democratic revolution and establish its own political rule as a precondition for the social revolution. The task of proletarian socialists in the late 19th century was, thus, to create the precondition for this precondition: to build up the international political party for socialism, to build the Socialist International.

Thus, Radicals such as Rosa Luxemburg, V.I. Lenin and Leon Trotsky, presupposed a circumstance which is absent today: namely, the existence of Marxism as a politically organized mass international movement which had begun to lead society. The leading party of the International, the Social Democratic Party of Germany (SPD), by 1907 had over half a million members, two million members in its affiliated trade unions and in the federal election had gained 3,259,000 votes with 43 seats in the Reichstag. By 1912 the party had grown, and with 4,250,400 votes gained 110 seats, becoming the largest party, and as it grew it became increasingly involved in the affairs of governing.

It was for this reason that a gradual reform of capitalism into socialism seemed plausible to the economists, revisionists and reformists of the International. Along these terms, the SPD continued to vote for socialist resolutions and carry out mass anti-war agitation up until the very moment in 1914 when the SPD voted for war credits, supporting, if not leading, the Imperialist War thereby betraying their own socialist principles despite having a majority in government.

Lenin and Luxemburg saw the rise of this kind of opportunism—which they defined as the liquidation of the lessons of Marxism, the lessons of 1848—as a historically necessary symptom of the success of Marxism in building its political party. Luxemburg warned in 1915 that: “socialism will be lost only if the international proletariat fails to measure the depth of this fall, if it refuses to learn from it.” Lenin recognized the lesson to be learned from this split within Marxism between the socialist chauvinists who had supported the war and the socialist radicals was that an international proletarian socialist revolution was not only desirable, but immanently possible.

Lenin’s own politics were concerned with this crisis within Marxism. The immediate task, on the eve of the Russian Revolution, for Lenin was to critique and clarify what it meant to be a Marxist with respect to the emerging political tasks in the revolution.

In his 1917 pamphlet The Dual Power, Lenin dealt with the both the Soviets and the Provisional Government as bourgeois democratic forms that emerged from the revolution of February with a prehistory in 1905. Following February, Soviets had appeared to take on a new form, comparable to the Paris Commune of 1871 in that they were a direct seizure by the masses, they replaced the police and the army with the direct arming of the whole people, and replaced the official bureaucracy with a special working “arm of service.” For Lenin, this expressed an attempt of the proletariat to lead the masses in the revolution. The fact the provisional government politically relied on this aspect of Soviet power in deed posed the question point blank: “Should the Provisional Government be overthrown immediately?” Otherwise, the Soviets’ potential would be liquidated, and led by a Bonaparte—Kerensky or Kornilov.

Again, in his pamphlet Can the Bolsheviks retain State power? Lenin argued the defeat of the Kornilov coup by the Soviets had made clear that the proletarian leadership of the revolution was not simply desirable but possible and necessary. It was not premature, as Lenin’s opponents suggested, leading to a Blanquist coup or a one party dictatorship, but rather it was taking responsibility for leading society. Lenin recognized the Soviets could have taken responsibility for transforming society by laying hold of the apparatus capitalism had already created: “in the shape of the banks, syndicates, postal service, consumers’ societies, and office employees’ unions.” The workers could have led the mediation of the social discontents with this apparatus thus replacing the state bureaucracy with the capitalist bureaucracy led by the political legitimacy of the workers. Lenin argued while the bourgeois state already forcibly manages social discontents, for instance by the forcible eviction of a flat, the proletariat’s arm of service, consisting of multiple parties and tendencies, could use its political authority to ask property owners, out of civic duty, to make room for other tenants in need of housing.

It was a response to this immanent task—the implementation of the international dictatorship of the proletariat on the basis of the newly emerging potential of Soviet government—that provided the ground for Lenin’s polemic with the founder of German Social Democracy, Karl Kautsky. Both Lenin and Kautsky were making arguments for the dictatorship of the proletariat, but they disagreed in their judgement about the concrete role of the Soviets in the revolution. Kautksy argued that the issue of dictatorship ought to be preceded by the proletariat winning over a democratic majority of the Russian people through the Constituent Assembly. Lenin argued that while it was true the Constituent Assembly had to answer to the people of Russia, the Soviets, by contrast, had to answer to the workers of the world, for example, by providing leadership to the German Revolution. The point for Lenin was that the proletariat doesn’t need a democratic majority of the people of a nation, it needs to consciously lead in the transformation of society that is already taking place and is otherwise constituted unconsciously by the international proletariat anyway.

Kautsky doubted Luxemburg’s and Lenin’s judgment that a world revolution was on the cards in 1917—he thought they had gone mad and lost touch with reality. On the other hand, Lenin argued that it was precisely Kautsky who was obfuscating reality. Retrospectively, after the failure of the German Revolution in which the leaders of the Spartacus Uprising, Karl Liebknecht and Rosa Luxemburg were assassinated by the SPD, it may even appear that Kautsky was right. In the crisis of Marxism, on which the revolutionary situation deepened, the meaning of reality was at stake. This affects us today. 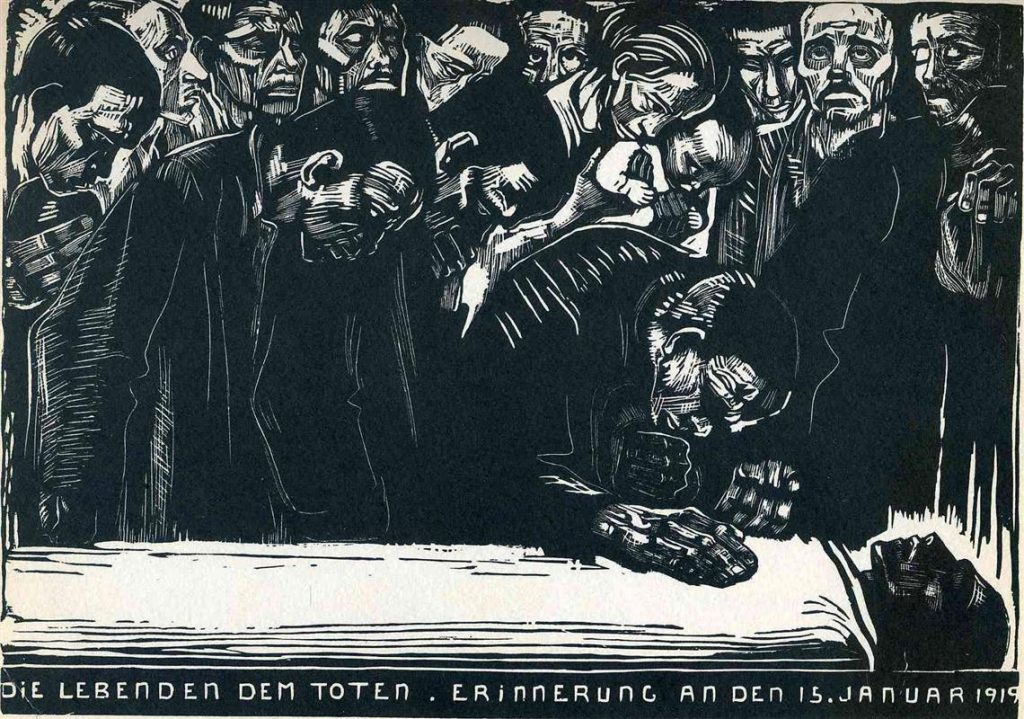 If Marxists had sought to understand the world not as it “is,” but as it “could be” and “should be”—i.e., critically, how it could change—then the absence of any attempt to change the world in the present is problematic for our ability to understand the world, even as “Marxists”. In the face of the defeat of the international revolution, Marxism learned to avoid reality, giving way to what Walter Benjamin called “faith in progress” in an eternal, defensive “fight against the Right.” Marxism itself has continued to liquidate Marxism. Even the dead are not safe.

In our present historical moment, capitalism is politically transforming itself once again in response to the crisis of neoliberalism. The leadership out of this crisis has not been manifested in phenomena such as SYRIZA, Occupy Wall Street, the Arab Spring, and anti-austerity protests and more generally, Bernie Sanders’s candidacy, and Jeremy Corbyn’s Labour leadership, but, rather, by the the avowed Right, through UKIP, Brexit, the U.K. Conservative’s return to “Red Toryism,” and Donald Trump’s election. The “Left” has proven to be the last defenders of neoliberalism.

Corbyn is not Kerensky—let alone Lenin. Momentum is not building the special bodies of armed men capable of replacing the bourgeois state, the policies in the Labour Party manifesto are not reforms which seek to educate the masses about the self-contradictory nature of their demands through political object lessons. There is no international mass socialist party through which the subject for social change could navigate these lessons and lead the crisis of society beyond itself.

Educational projects such as Platypus seek to navigate this historical problem in order to consider the reconstitution of a Marxian Left for the 21st century. Platypus takes the liability of the death of the Left, and its historic transformation into the right, to be an asset, proffering an opportunity to learn what was not learned from the failures of the Left of the past century.

In order to render this history of defeats as a critical experience for ourselves and our audience we host public fora panel events, publish our free international open submission monthly journal, The Platypus Review, and we run regular reading groups and activities on university campuses internationally. At LSE, the Platypus Society hosts a weekly reading group on Tuesdays from 6pm to 9pm at the Starbucks at 10 Kingsway, and an informal coffee break on Wednesdays from 6pm to 7pm at LSE Garrick. Join us in hosting this necessary but absent conversation.

PrevPreviousOf Maids and Masters: My Experience Working at a Maid Café
NextDemocrats Gain From Trump’s Unpopularity In US ElectionsNext
On Key