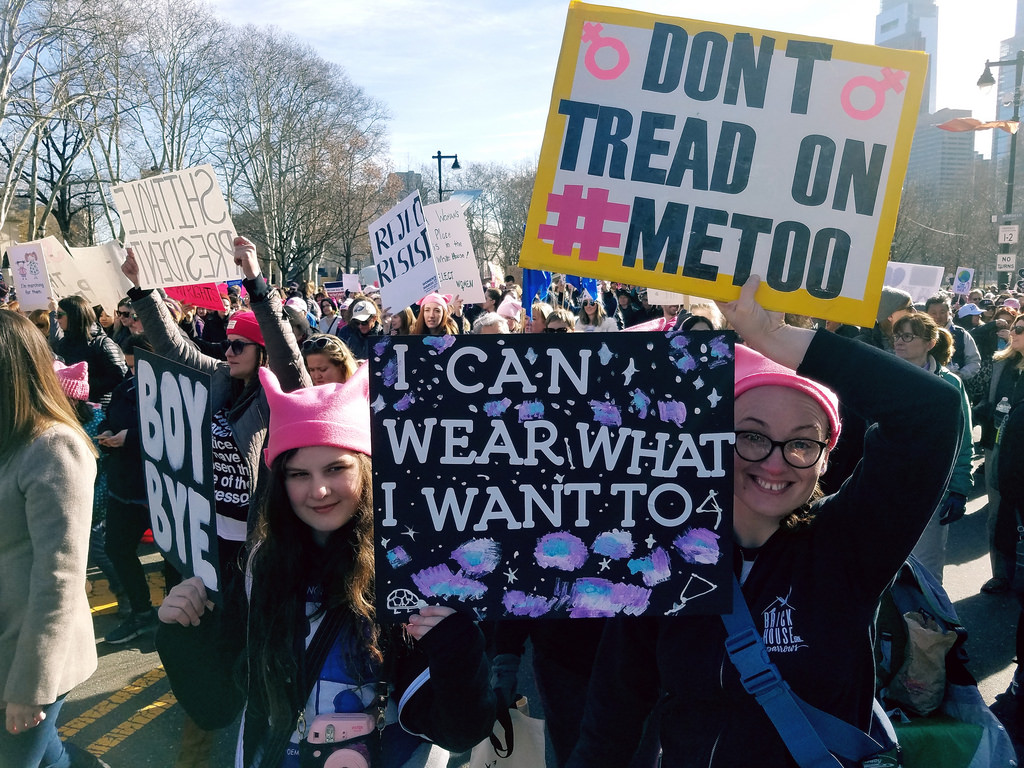 Misunderstandings of #MeToo Prove How Necessary the Movement Still is

This piece is a response to an article written by Kavum Chugh, “Has #MeToo Gone Too Far?”

Mr. Chugh fundamentally misunderstands the #MeToo movement. In attempting to prove that it has gone too far he has in fact proved that the ideas behind the movement have not been fully embraced.

The main goal of #MeToo is to spread awareness and address the problem of sexual assault by empowering survivors of all genders to share their stories. I believe that Mr. Chugh and I would agree on this much. However, taking steps to address sexual assault is not as simple as just retroactively locking up the worst perpetrators.

While there should be no doubt that anyone can be a victim of sexual assault regardless of gender, age, or sexual history, the reality is that the vast majority of sexual assault victims are women and the majority of aggressors are men. This means that in order to address sexual assault we also need to work to change societal norms that lead too many men to believe that they are entitled to unfettered access to women’s bodies, and that leave too many women no other choice than to conclude that their voices have no power.

Mr. Chugh cites the sexual assault accusations brought against Aziz Ansari by an anonymous woman under the pseudonym Grace earlier this year as evidence of the movement’s downfalls. I however believe that the failure of the general public to agree that this case belongs in the #MeToo campaign is an indication that many people do not fully grasp the purpose of this movement.

Firstly, Mr. Chugh’s summary grossly characterised Grace’s account—the only full account—of events. Talking to a reporter from online publication Babe, Grace described many verbal and physical cues that she did not want to continue the sexual interaction with Ansari including pulling away, saying she was uncomfortable, saying no, and telling him “I really don’t think I’m going to do this.”

While Ansari momentarily eased up after some of these actions, he shortly resumed the same behaviour Grace had objected to moments before. This is unwanted sexual contact and therefore constitutes sexual assault under most definitions of the term – including those laid out by the U.S. Rape, Abuse & Incest National Network, the U.S. Department of Justice, and the Metropolitan Police here in London.

Unfortunately, just because something is sexual assault does not mean that it gets acknowledged as such by law enforcement agencies or the public. This is another dimension to the issue that #MeToo is fighting to change. Yet instead of acknowledging that this case is part of a larger issue that needs to be addressed, Mr. Chugh along with many others have criticised it as a detriment to the #MeToo movement.

All forms of sexual assault must be labelled as such and deemed unacceptable. Mr. Chugh’s assertion that many people see Ansari as necessary “collateral damage” in the fight against sexual assault is simply untrue. Obviously, his actions were not as malicious as some that have been emblematic of the #MeToo movement, but they still deserved to be called out for what they are: unacceptable.

Ansari is not collateral damage because he is not innocent.

Mr. Chugh also dedicates a large portion of his article to making a case for the fact that there is a spectrum of sexual assault and that “not all acts of sexual violence are equally malicious.” This is clearly true, and I completely agree with him on this point.

The issue comes when this point is used to dismiss the discussion of societal mechanisms that normalise the objectification and dismissal of women and by extension, the act of sexual assault. What Mr. Chugh thoughtlessly describes as “hysteria” following Matt Damon’s statement about not “conflating” different types of sexual assault is by no means a denial of the spectrum of sexual assault but rather exasperation at the fact that Damon fails to grasp the depth of the issue.

Obviously, behaviours like Ansari’s and behaviours like Weinstein’s are not the same, and should not be punished as such, but both cases are symptoms of the fact that men are not required to respect a woman’s right to her own body. No true proponent of the #MeToo movement would object to the fact that a spectrum of sexual violence exists, and no true proponent would dismiss or forgive an act of sexual violence because “it could have been worse.”

Something that Mr. Chugh did not address in his article, but that I feel is an important part of the discussion of the effectiveness of #MeToo is the issue of the agency of women. Many female members of the press chastised Grace for not simply standing up and leaving when she got uncomfortable, equating her description of the night to nothing more than a bad date.

While we should never overlook that people including women as a whole are certainly capable of exercising their own agency to change their situation, not every person and axiomatically not every woman has the strength to assert themselves in this way.

Life experience often teaches women that the outright refusal of sexual advances only puts them in a more dangerous position, therefore many are more likely to qualify their refusals or give physical cues that stop short of fighting off their aggressor or running away. We all deserve safety regardless of whether or not we have that strength.

Mr. Chugh may argue that this requires men to be mind readers in order to avoid sexual assault, but in reality, the solution is very simple: don’t touch a woman unless she is actively into it. Men are fully capable of understanding these verbal and physical acts of hesitation or resistance, yet some choose to ignore them because they feel entitled to a women’s body.

I can’t believe I have to explain this, but the absence of “no” does not equal “yes.” Part of what #MeToo is fighting is the implicit notion that women are passive objects that men have the right to act on as they please.

There are times however, when, in the name of the #MeToo movement, female agency is striped away. One example of this is an account by Max Maples which was released in a New York Times article entitled “Eight Stories of Men’s Regret” in which men shared how they had committed what they now believe to be sexual assault in the wake of #MeToo. Maples recalled how he had “pressured” his girlfriend into performing oral sex on him by “saying something to the effect of ‘Please, could you do that one thing again.’”

He also said that he had called this woman before writing this story and that she did not even remember this instance, and that she had never felt assaulted. While it is good that this man is now considering that he should not attempt to pressure women into sex, the fact that his girlfriend agreed after a simple “please” and told him that she did not feel assaulted means that he probably didn’t pressure her.

Yet, this man is still apologetic towards this woman, as if denying that she had the capacity to refuse his plea, striping her of her agency and miscasting her as a passive victim. It is in cases like these when women are stripped of their agency by men who wish to incorrectly label them as victims that I believe the #MeToo movement has truly gone too far.

#MeToo is about empowering survivors of all genders to share their stories in the hopes of addressing the issue of sexual assault. However, one of the underlying issues that this movement is shedding light on in the systemic objectification and dismissal of women that serves to normalise sexual assault. Mr. Chugh’s fundamental misinterpretation is not, as he claims, evidence that #MeToo has gone too far, but rather that it still has work to do.