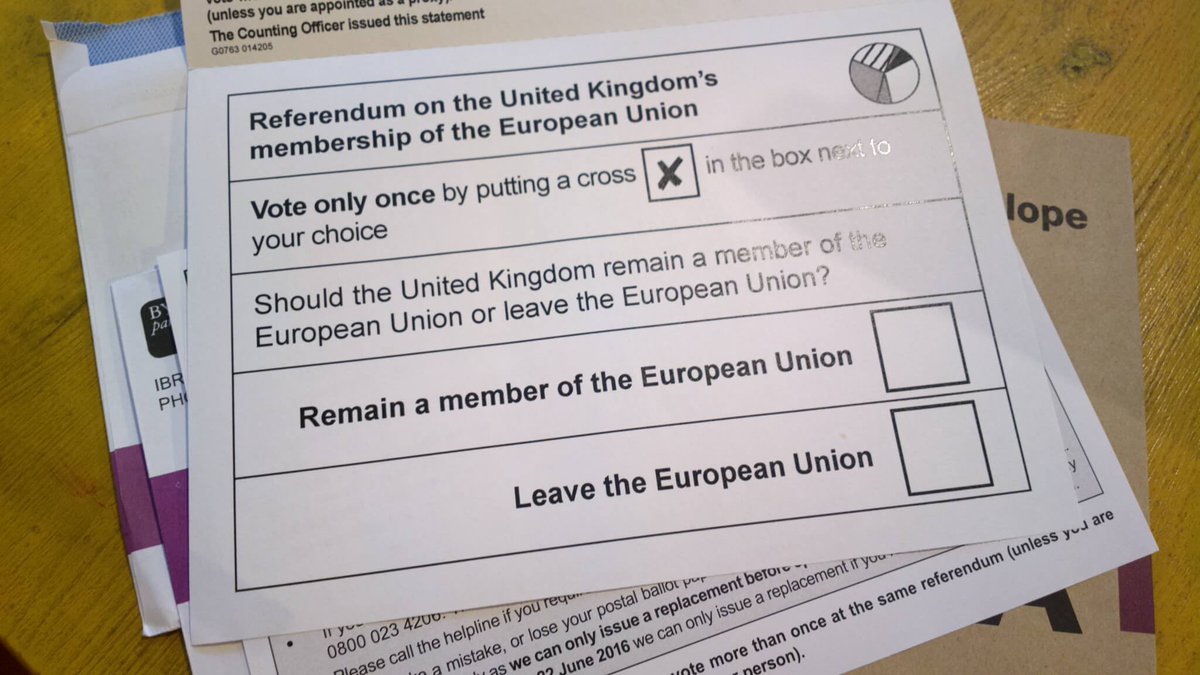 Why There Should Not be a Second EU Referendum

Last week, Nigel Farage once again attracted media attention through stating, rather surprisingly, that there should “maybe” be a second Brexit referendum. His reasoning is that it would put an end to the “whinging and whining” of the Remainers. Many on the Remain side, including Tony Blair, and the Liberal Democrats, have previously expressed support for this. Their view is that the referendum was shrouded in lies and purposely misleading information, with the promise of an extra £350 million for the National Health Service being the prime example of this. A second referendum, it has been said, would give the public the opportunity to vote on the deal agreed with Brussels over Britain’s withdrawal.

This proposal has without a doubt been thought through abysmally. As we saw back in 2016, people’s emotions over the issues were incredibly high: an inadvertent characteristic of referenda themselves. Emotion politics take centre stage, and rational considerations lose prominence. Of course, for such a monumental issue, a referendum on EU membership was needed and it was right to give the public the choice on this. But with this we must accept that referenda, as democratic institutions, do have their limitations. It is for this reason itself that we vote for politicians who we believe share our interests but have the skills, knowledge and experience to represent us. A second referendum, therefore, would undermine the actual purpose of parliament, which should have the capabilities to scrutinise and debate the final terms of the agreement themselves. All that a second referendum would signify is a reliance on an ineffective form of government.

What is more, the actual practicality of the proposal seems poorly considered. Let us assume that a second referendum on the terms of Britain’s withdrawal went ahead. What would this signify to those in Brussels? It is blindingly apparent that the EU would still prefer us to remain; the President of the European Parliament, Antonio Tajani, stated back in April that if British voters did change their mind on the outcome of the vote, then Britain would be welcomed back. A second referendum would lead them to purposely attempt to secure a deal that is mostly disadvantageous to Britain in order to coax voters into voting against it. This would blatantly undermine the rest of the negotiation phase, invalidating what is agreed upon.

The impracticality of the proposal goes further than this. If the vote did go the other way, do we think that the Brexiteers, after initially being victorious, would now meekly accept their misfortune and disappear from public sight, taking their qualms and dubiety of the EU with them? A second referendum would lurch Britain back into the division and instability that the first aroused, reigniting the same passions, arguments and fierce dissension we were consumed by a year and a half ago. The same debates would once again take centre stage and the issues many have with the EU would still not be properly addressed. What Britain needs now is to heal from the rupture the referendum opened up and this proposal would be completely antithetical to that.

Many of us may not be happy with the outcome, and agree that the referendum was shrouded in misinformation. But a democratic process took place on the 24th June 2016, and its outcome needs to be respected, not just for the sake of the 52%, but for the process of democracy itself. A second referendum is not only highly impractical, but signifies a regression back into what this country has been trying to move on from: a point of discord, division, and dependence on emotion politics. Disregarding the proposal indicates a need to move forward from this.