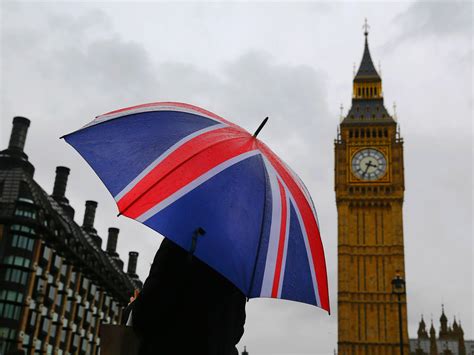 As the political gridlock over the the Brexit process continues, on Tuesday the 15th January,  The Beaver followed the demonstrations outside Parliament on the eve of the Commons vote on Theresa May’s Brexit deal.

Largely campaigners and supporters of a ‘People’s Vote’ had gathered in Parliament Square to call for a referendum on the Brexit vote.

Outside the square, Brexit supporters were less organised, lining the width of the perimeter outside Parliament concentrated along Abingdon Street. With the two camps separated by a heavy police presence, there were few signs of violent confrontation.

Opposition speakers, including those from Labour and the Scottish National Party (SNP), took to the stage to rally the main protesting crowd. Amatey Doku, Vice-President of the National Union of Students (NUS), was one of the many speakers. “We can be part of the greatest movement to democracy the world has ever seen,” he said, adding: “While there are legitimate grievances that led to the referendum vote in 2016, the only opportunity we have to solve these problems is within the European Union.”

”Out means Out! Traitor! Traitor!” shouts a Brexit supporter who wandered into the crowd. Some supporters increasingly broke through, which resulted in shouting and angry exchanges between them and the remain supporters. In another verbal joust, a middle-aged lady sneaked up behind a gesticulating Brexit supporter to paste a “Bollocks to Brexit” sticker on his bag.

“I think the whole thing is a messy political situation, the whole country is very divided, there is no easy way to find any solution,” said Sam, 20, an LSE student who was attending the People’s Vote Protest. When asked why he was supporting the rally, he explained: “Going forward, small countries like ours need the EU to maintain their level of economic security and level of power.”

Like other students attending the rally, Sam voiced his fear of no deal and its repercussions. “The economic hardship is going to be so great… it [another referendum] goes against people’s views and what people voted for, but I think the alternative is too horrific,” he said.

“The only way to end this gridlock is to have a people’s vote,” added Chet, 19, another LSE student supporting the protest. “We were too young to vote when the referendum was, so it’s now our job to say our voices also matter, as a government you should also let us have a vote and make that choice.”

Within parliament, Theresa May’s deal was being voted down by the unlikeliest of allies – a combination of Tory Brexiteers, Remainers, and members of the Opposition who can agree on just about that and nothing else.

When the final result: 432-202, was streamed to the crowd outside, there was a eruption of cheers.

Yards away, excited reporters were gathering around the Brexiteer group. One reporter scrambling towards them shouted: “Breaking news! Breaking news!”

Both sides were buoyant, with Remainers breaking into chants about EU unity and Brexiteers singing “Rule Britannia” and “It’s Coming Home”.

As the protesters began to disperse, some were keen to continue the fight. “Let’s go to 10 Downing Street!” shouts one Brexiteer. Others headed home and to the pub, with little indication of any agreement or what’s next to come.

PrevPreviousArrest Made in LSE Library
NextIs LSE Ready for a No Deal?Next
On Key