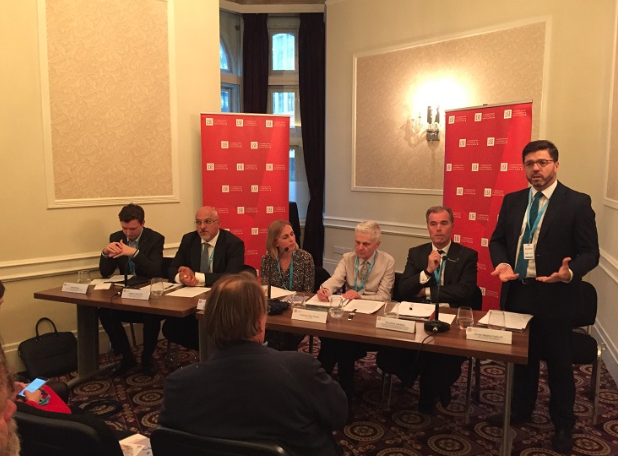 In the past weeks, LSE hosted discussions with the Labour Party and Party. Both panels focused on regional development and local UK governments.

With Brexit looming, questions regarding the possible loss of EU regional development funds and how the government might replace them arose during this season’s party conferences.

At the Conservative Party panel discussion in Manchester, attendees lined the walls to hear from James Jamieson, Chairman of the Local Government Association; Stephen Crabb MP, Minister for Industry and Business Nadhim Zahawi MP; and Edwin Morgan of the Institute of Directors.

The topic of Brexit soon came around. Crabb pointed to the growth initiatives in Wales and said he hoped for a “collaborative” approach to bridge any gaps that might occur in funding following Brexit.

Crabb cited London’s dynamism as “ridiculously lopsided,” pointing out that as a London university, LSE students are at the centre of the city’s events and opportunities, perhaps not appreciating the limited capability of power from the capital to reach regions in need of development.

The consensus of the panel was that more needs to be done to stimulate areas outside of London. LSE Innovation Fellow Dr Anna Valero suggested that a non-partisan, long-term industrial strategy which is protected from the political cycles should be introduced. She added that an annual report on the state of business, making use of available business data, would help the government target investment.

On the other hand, the Labour Party panel in Brighton included Hilary Benn MP; Steve Rotheram, Mayor of Liverpool; and Jasmine Whitbread, Chief Executive of London First. All speakers agreed that regional prosperity hinges on economic growth and that effective government relies on delegation and devolution. As Rotheram said: “Locals know what their priorities are, we need to trust them.”

The conference also illuminated on the huge opportunities that could come with a green economy, after a law committing the UK to net-zero carbon emission by 2050 was passed in June 2019. Valero pointed out that the UK’s Industrial Strategy should combine with the Clean Growth Strategy, especially in light of the climate change activism seen in the past few weeks in London.

It was clear that regional development is on the agenda for both parties. Issues of investing locally and increasing the political power of local governments were brought to the forefront of the discussion.