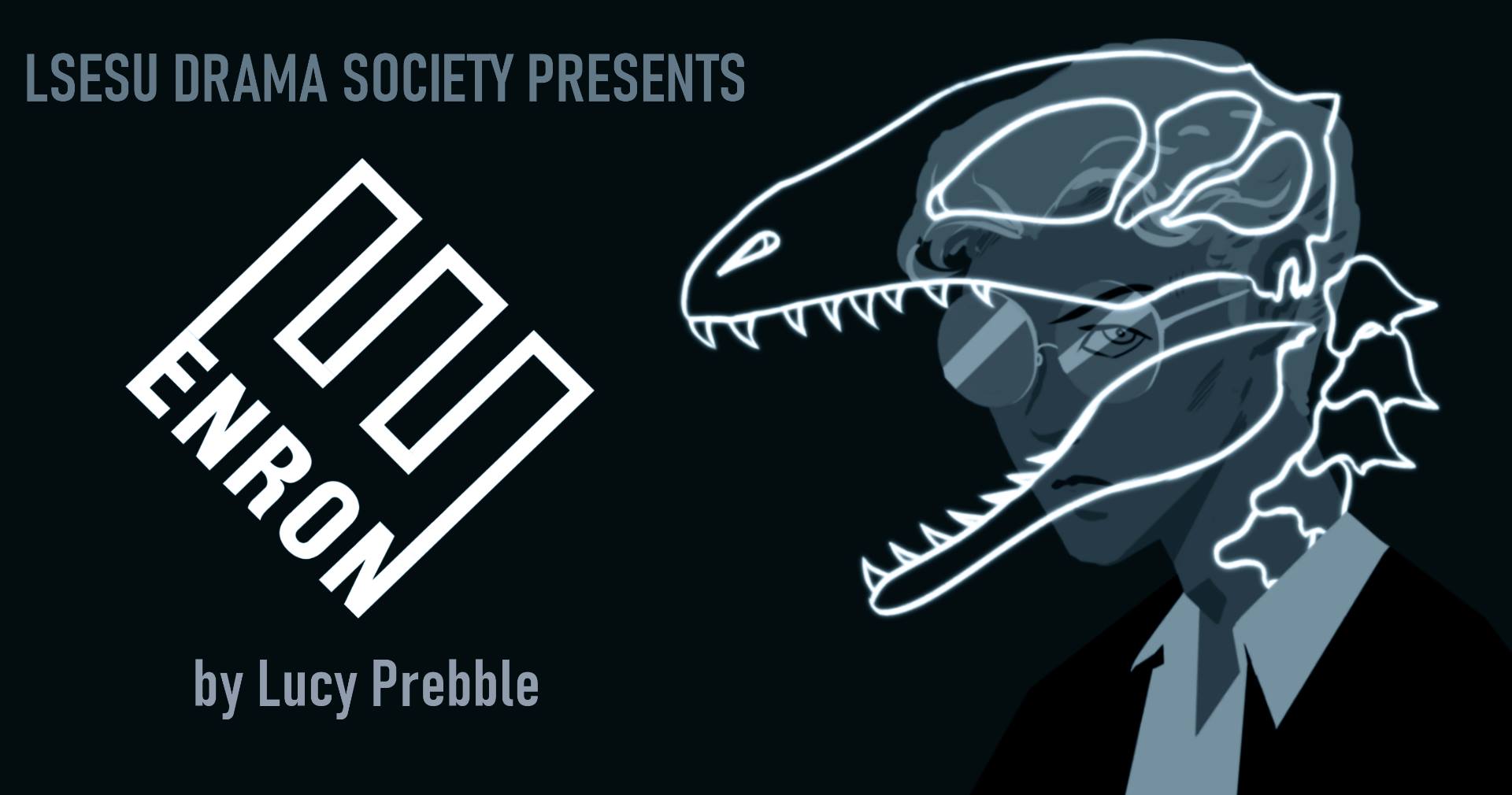 A FLURRY OF shouting roiled in a classroom at 32 Lincoln’s Inn Fields one school night. It was a hive of activity, tempers flaring, voices blaring. Someone yelled, “If the market closes below twenty-one, this guy’s fucked!”

“There goes your bonus.”

“These traders, as we’ve seen, are foul-mouthed, fast-talking individuals,” explained Jamie Boucher, a co-director of this production, to the cast. “You all have lovely, obscenity-ridden lines like ‘double-breasted douchebag’. That’s a good one. Savour those.”

On the opposite side of the room sat Caitlin Gilhespie, the other co-director. She watched intently, gaze fixed on the actors, her chin resting on one hand with her copy of the script in the other. She spoke in an even and measured tone, “Try to get the balance between being snappy and articulating your words.”

Jamie’s direction was often by animated analogy: “So it’s very purposefully, very consciously ignoring him. It’s like how we in New York deal with movie stars when they block other people. Yes, you’re Daniel Day-Lewis. But you’re also in my way, and I want coffee,” he said, before a cheeky grin betrayed him. “That’s how I see it in my head, at least. I’ve never actually done that.”

In another scene, we are no longer amid the raucous of the trading floor, but in the office of Enron President, Jeffrey Skilling, played by Percy Fagent. Circling the room like a predator, Percy delivered his monologue in a booming tenor that reverberated in the stillness of the night. His face twisted into a scowl. His entire being was proud and resentful, his speech drenched with contempt and impunity. When in character, Percy’s usual, boyish charm—curly blonde hair, pleasant demeanour, round glasses—transformed into a most brutish monstrosity.

But before each scene was polished to perfection, directors and members of the cast engaged in a dialogue around the question, “What is this scene really about?” After one evening’s rehearsal, Pearl Salamon-White, who plays fictional Enron executive Claudia Roe, reflected on the process, “It’s nice to have a range of opinions on these lines.” She said, “There’s a lot more nuance to it. I like how there are layers of meaning—keeps things interesting.”

Back in the fluorescent-lit classroom, Pavan Rao was playing Enron chairman Ken Lay, who had just fired Roe on Skilling’s urging. Lay spoke to Skilling in conspiratorial doublespeak, so Pavan had the delicate task of conveying, through inflections in his voice, a highly nuanced and implied message: Firing her was a real nasty thing. You made me do it. Now you owe me. I also know you’re up to something shady. But I don’t care. Just make us money. Don’t tell me how. Don’t implicate me. You understand? Watching Pavan’s performance transported me to a dimly lit, wooden panelled backroom where cigar-smoking, back-slapping men colluded in hushed voices as they plotted to expand their criminal enterprise.

It was 9pm, after one rehearsal on a Thursday, when the cast walked to Penderel’s Oak for a few beers. Along the way, I asked them for their initial reactions on hearing that the Drama Society was going to stage a production of Enron. Invariably, they’d break out into laughter and say, “Wow, that’s very LSE”—presumably, because preventing the next Enron scandal is precisely the sort of thing you’d imagine being taught here.