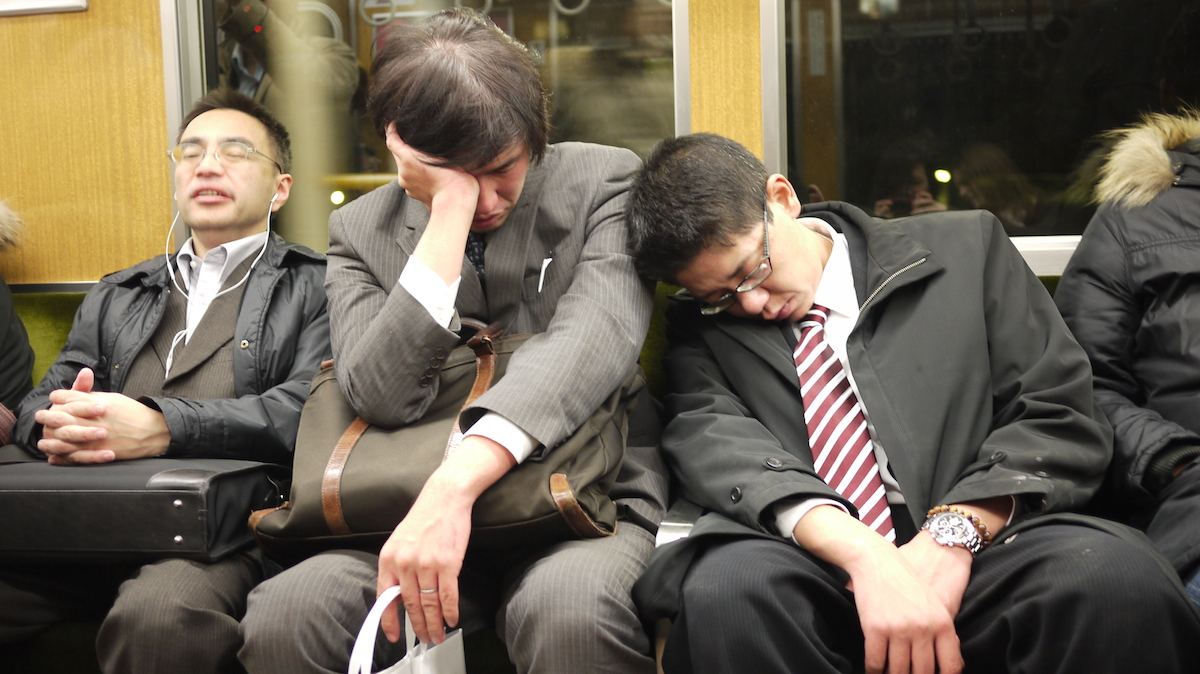 John Maynard Keynes, the renowned economist, once predicted in 1930 that the next generation would be working a mere 15 hours a week. Fast forward to 2017, however, and the topic of excessive working hours remains alive in our discourse, from in the media to economists and co-workers alike. Yet in Japan, the issue of overwork and its impact on health has been largely repressed by society, accepted as part of a cultural norm. In recent years, however, high profile incidents of death from overwork at major Japanese companies have put the spotlight on the devastating toll that current norms can take on the wellbeing of workers. This has prompted the Japanese government to start considering the flaws in its fatally immoderate working model, giving rise to the question: how much work is too much?

On Friday, the Japanese government’s new initiative to tackle overwork in its offices was trialled. Dubbed ‘Premium Friday’, the scheme involves encouraging companies to allow their workers to leave work at 3pm on the last Friday of every month, in an attempt to address the long-standing issue of the detrimental effects of excessive hours on both the physical and mental health of employees. One of the recent trigger factors for the consideration of these issues has been the death of 24 year old Matsuri Takahashi. Takahashi, an employee at Japan’s largest advertising company Dentsu, jumped to her death on Christmas Day in 2015 after receiving a drastically increased workload the previous month, clocking “105 hours of overtime” in November alone according to the Japan Times. Dentsu president Tadashi Ishii resigned nearly a year after the scandal, stating that excessive workloads should “never be allowed to happen”.

This is by no means an isolated case. Karōshi, or death from overwork, has plagued Japanese society since the 1980s, which has traditionally invested heavily in intense commitment to production at the expense of the health and happiness of workers. In October, the government issued a damning report concluding that more than 20% of workers were at risk of death from excessive working hours, having been subjected to more than 80 hours of overtime monthly. This same report found that, in 2015, 96 workers died from brain or heart related illnesses considered directly linked to overwork. Japan has one of the highest suicide rates in the world, at 60% above the global average. Around 2000 people commit suicide every year in Japan as a result of work related stress. The government has so far catastrophically failed in its attempts to enforce labour laws limiting overtime, and although the proportion of employees who exceed more than 60 hours of work a week (the Labor Standards Law sets the limit at 40) has declined to 8.2% since the early 2000s, this figure has nearly doubled amongst middle aged men.

Indeed, despite encouragement of a move away from this historic trend, many would criticise the government’s new scheme for not going anywhere near as far enough in tackling these systemic problems. Being an entirely optional scheme, there is no guarantee whatsoever that “Premium Friday” will be embraced by enough companies to truly make a start on tackling the problems with overwork. Indeed, a survey done by the Nikkei newspaper, which asked the opinions of 155 of Japan’s major companies, found that as many as 45% did not plan to put the initiative into practice. The Guardian also reported on Friday that, in a survey of workers done by the Culture Convenience Club, only 3.4% said that their employers were allowing them to leave the office early. An optional scheme will far from ensure that this idea will truly take off beyond the government drawing board. Indeed, many might see this merely as window dressing by the government, to be seen to be addressing recent concerns without investing in a comprehensive and effective reform of the current system.

So why has Japanese society appeared to turn a blind eye to this issue for so long? One observation would be the impact of a culture of limited emotional discussion and expression. Much of Japan’s cultural philosophy is derived from the Neo-Confucian roots of the Edo period, which glorifies the value of hard work and meritocracy. From a historical perspective, this appears to have created a stigma around those who choose to complain or speak out against excessive workloads. Whilst this adherence to rule has most likely been a factor in Japan’s consistent safety, stability and economic prosperity over the last half century, it has nevertheless created an atmosphere whereby many workers struggle to come to terms with their own feelings, with mental health not generally considered a legitimate concern in Japanese society. Wataru Nishida, a psychologist at Tokyo’s Temple University, said to the BBC that there are “not many ways to express anger or frustration in Japan”. “If they [workers] feel under pressure from their boss and get depressed, some feel that the only way out is to die”. Previous attempts to reduce working hours appear to have had very little impact. This suggests, therefore, that the problem lies beyond practical obligations – it is culturally embedded, and it will take far more than a simple nod of the head by the government to do away with.

The case of Japan gives rise to the broader question: should we all be working less? People in the Netherlands work on average five hours less a week than those in the UK, and the Germans six hours less – neither country is considered in a state of economic catastrophe. Anna Thomas, coordinator of the Campaign for a Shorter Working Week, argued in an article for the Guardian that shorter working hours for those working in Britain would help “reduce the number of people working far too many hours, and also the number with no work at all”, tackling both the negative health effects of excessive work as well as unemployment. During the US Presidential election campaign, candidate Jeb Bush drew intense criticism after his proposal that the US economy could be stimulated simply by Americans working “longer hours”. Data provided by the Economic Policy Institute did not support Bush’s suggestion that Americans were not working hard enough, illustrating that while productivity had increased by 254.3% from 1948 to 2015, hourly compensation had only risen by 113%.

Working hours have been a hot topic more recently in the French presidential elections too, with leftist firebrand Benoît Hamon suggesting reducing France’s already below-average working week from 35 to 32 hours. Centrist candidate Emmanuel Macron, however, has been consistently critical of France’s short working hours in his previous position as Economy Minister to François Hollande, stating to Parliament in 2014 that the 35-hour limit should “no longer be put on a pedestal”.

While the stereotype of the hard-working Japanese salary-man may possess something of a cultural charm to foreigners, the reality of the situation is far more grim and sincere. While the next generation appears to be making progress in escaping Japan’s traditional attitudes to internationalism and social liberties, can they do the same in bucking what many see as a harmful mindset with regard to work culture and mental wellbeing?