Donald Trump’s alleged links Moscow have consistently provided his critics with a stick to beat him with. With further evidence surfacing last week suggesting contact between Trump’s election campaign and Russian intelligence officials, many are suggesting that the culmination of this apparent scandal could prove to be Trump’s Watergate. But what exactly is the nature of the relationship between the Trump administration and Putin’s Russia, and, should Trump emerge from these new allegations unharmed, how is it likely to shape international events in the coming years?

The “fine-tuned machine” of the new administration broke down catastrophically last week with reports that then Security Adviser Mike Flynn, who has resigned in the wake of the scandal, was involved in secret negotiations with the Russian Foreign Office to ease sanctions by the US government on Russia in the weeks preceding Trump’s inauguration. Mr Flynn was found to be guilty of attempting to cover up the nature of these negotiations when questioned by the FBI, at first denying that such conversations had ever taken place, and then insisting that sanctions had never been discussed, in an interview with the Washington Post. The sanctions in question, imposed by former President Barack Obama in response to the CIA’s conclusion that Russia has interfered in the US Election, expelled 35 Russian intelligence operatives from the country and placed restrictions on the foreign Russian military intelligence organisation G.R.U, which was deemed to be the arbiter of many the attacks on the Democratic National Committee during the campaign period.

Mr Flynn, in communications intercepted by US intelligence agencies, was revealed to have discussed these sanctions in such a manner that would suggest encouragement of future reprieve. Given that Barack Obama was still President at the time of events, there is a strong case that Flynn’s exchanges with the Russian ambassador were illegal under the Logan Act of 1799, which bars members of the public from engaging in diplomatic negotiations. The big question, then, is why the former National Security Adviser would go so far as to risk his position, or even indictment, just to smooth talk the Kremlin. This would suggest that Russia is very much a priority ally for the Trump administration, and vital to whatever foreign policy objectives Trump has in mind for the coming months and years; so much so that his team has no problem lifting sanctions against the recommendations of their own intelligence agencies for the sake of oiling Putin’s wheels, risking severe charges along the way.

Flynn is by no means the first of Trump’s campaign circle to resign over dubious links to members of the Russian hierarchy. Former campaign chairman Paul Manafort resigned in August after reports from the Associated Press revealed that he had, in 2012, secretly helped a pro-Russian party governing in Ukraine donate at least $2.2 million to Washington lobbying groups in favour of relaxing the USA’s stance on Moscow. According to federal law, lobbying groups in the US are required to declare if they represent foreign political parties to the Justice Department, and can be severely prosecuted otherwise. Manafort’s financial dealings with the Russians do not end there, however, with NBC reporting that the former campaign chairman was involved in investments with Oleg Deripaska, a Russian billionaire who has been denied entry to the USA on the grounds of affiliation with the mafia and criminal circles. David Kramer, a former senior State Department Official to George W Bush, remarked at the time that relationships such as these within Trump’s inner circle were “deeply disturbing”. Given the events of recent weeks, it would not be far fetched to assume that many are now sharing these same sentiments.

But at his first solo press conference on Thursday at Florida University, President Trump denied that his campaign had taken part in any illegal interaction with Russia, or that he had any knowledge of his advisers’ contact with Moscow. In his extraordinary attack on the so-called “fake news”, he criticized media outlets for even covering the story, labelling it a “ruse”. It is unclear as of yet whether the President himself was aware of Flynn’s attempts to discuss sanctions with the Russian Foreign Office; but should further evidence emerge that the President did indeed have knowledge beyond that to which he is admitting, one need only look at the downfall of Nixon or the legacy of Bill Clinton to know that the consequences of cover-ups can be fatal to one’s political career.

Indeed, Mr Trump himself is not entirely clean of links to the Russian oligarchy. His history of business ventures has done much to stir up speculation about his connections to the Kremlin. In the wake of the beginning of the hacking allegations back in July 2016, Trump vehemently denied business links with Russia, tweeting that he had made “zero investments” there. While this is true, Trump has received funding from a number of Russian investors for his entrepreneurial interests, after American banks refused to continue to lend him money following several high profile bankruptcies, according to the Los Angeles Times. The most prominent case of this financing was that of the Trump SoHo Hotel, which the New York Times reported was developed with the “undisclosed involvement of convicted felons” and funded by “questionable sources” in Russia and Kazakhstan.

His son, Donald Trump Jr, stated at a real estate conference in 2008 that Russian money made up a “disproportionate cross-section of a lot of our assets”, with the President himself once boasting on Twitter of how “almost all the oligarchs” had come to meet with him. However, since his standing for and election to the office of President, he seems to have distanced himself somewhat from these cases, claiming that the closest he came to Russia was a single real estate deal “a number of years ago”. Naturally, these revelations have fanned the flames of speculation and provided his opponents with ammunition, calling into question Trump’s immunity to blackmail from Russia and hence his eligibility in shaping US foreign policy with regards to Moscow.

Following recent developments, the Guardian reported on Thursday that Deutsche Bank has begun conducting a “close internal examination” into whether loans made to Trump and his family were underpinned by “financial guarantees” from Moscow. While the bank itself has reported no such findings, many are calling for an independent auditor to take on the review, given that the bank itself is currently under investigation by the US Department of Justice following a series of money laundering scandals. These scandals were topped off by a $630 million settlement for not adequately regulating a money laundering case in Deutsche Bank’s Moscow office. According to Bloomberg, Trump reportedly owes Deutsche Bank $300 million; should any proportion of that turn out to reveal a conflict of interest or susceptibility to blackmail, second chances are unlikely to be given.

On a personal level, Trump’s history of unashamed praise for Vladimir Putin has largely played into this narrative of him as a Russian puppet. His admiration of the Russian president has bordered almost on amorous, with applauds dating back as far as 2007, where he told Larry King in a CNN interview that he felt Putin was doing a “great job” at rebuilding Russia. One recent exclamation of praise came in a tweet back in December, in which he labelled Putin “very smart” for not retaliating to US sanctions imposed upon them by the Obama administration. Some would interpret this as a signal of an encouragement by Trump, suggesting that his presidency will be willing to step back from interference Russian affairs if the favour is returned to the USA. This expectation may be even more likely given the nature of Trump’s campaign platform, driving an agenda of “America First” that appeared to shun an internationalist approach in favour of a focus on protecting domestic interests.

There is certainly a sense that Trump wishes to emulate the macho style of leadership that Putin has made his own during his tenure of the last 17 years. His uncompromising language regarding both domestic and foreign policy, whether it is pledging to “bomb the hell out of ISIS” or a blanket ban on immigrants from seven Muslim-majority countries, Trump undoubtedly strives to portray himself as a strong, stubborn leader. The President has frequently mocked his opponents as “weak” and “losers”, while using the term “winning” as a synonym for a success. These kinds of semantics suggest an aggressive, competitive masculinity that is very much in line with that which Putin radiates. On a more sinister level, his unapologetic disregard for political correctness, particularly with respect to women, justified both by him and his supporters as “locker room talk”, normalises such comments as a natural facet of male interaction and attempts to relate to those who feel as though what they see as a traditional expression of masculinity is under threat. In contrast to Barack Obama’s public displays of emotion, affection and frequent championing of love and tolerance, Trump favours a more firm, hard-headed drive that is much more akin to the presidency of Vladimir Putin. Indeed in 2013, Putin’s then Chief of Staff Sergei Ivanov lambasted the West’s “absurd” political correctness, stating that the government’s objectives were to develop traditions and “national identity”. These comparisons, then, certainly suggest an opportunity for the two leaders to make natural bedfellows with each other.

So where, then, could Presidents Trump and Putin make waves side by side together on the international stage? One policy area where Trump has certainly shown interest in alliance is the situation in Syria. The President has expressed support for the Assad regime in order to eradicate ISIS, a position not taken by his predecessor on the grounds of numerous reports of human rights abuses by the Syrian government. When questioned about his position on Syria back in October, Trump spoke positively of the work that Russia and Assad were doing, praising them for “killing ISIS”. There seems, however, to be a discrepancy in rhetoric between Trump and his Defense Secretary James Mattis. Speaking at the NATO headquarters in Brussels on Saturday, Secretary Mattis stated that the US is “not in a position right now to collaborate [with Russia] on a military level”. He cited Russia’s “destabilising” violation of international law as a factor in these remarks, saying that it must “prove itself” before it can expect to earn a formal alliance with NATO.

Moreover, these sentiments were echoed by Secretary of State Rex Tillerson, who also remarked that the US expects Russia to work to “de-escalate violence in the Ukraine”. This hard-line stance on Russian aggression in the Ukraine is in stark contrast to the more relaxed language adopted by President Trump on the issue; in an interview with Fox News two weeks ago, he commented regarding a recent bout of fighting in eastern Ukraine that “we don’t really know what that is”, appearing to side with Putin in denying Russian involvement in the Ukraine. This is in spite of numerous sources to the contrary, including independent organisations such as Amnesty International, who report a regular presence of Russian troops and armaments in eastern Ukraine. The apparent difference in approach between Trump and his inner circle raises further questions about the stability and congruency of his new administration, despite insistence from The President to his supporters at a rally in Florida on Saturday that the White House is running “so smoothly”

Ultimately, it may be that what Trump’s opponents would call sycophancy towards the Russian government, his defenders deem pragmatism. Perhaps in this respect one may draw some parallels with the debate regarding Theresa May’s relationship with Donald Trump here in the UK. But if the President of the United States of America is truly involved in ties with Russia behind the scenes that are beyond diplomatic, it would constitute political misconduct so severe that, just maybe, the Donald might for once wish that all the attention were not on him. 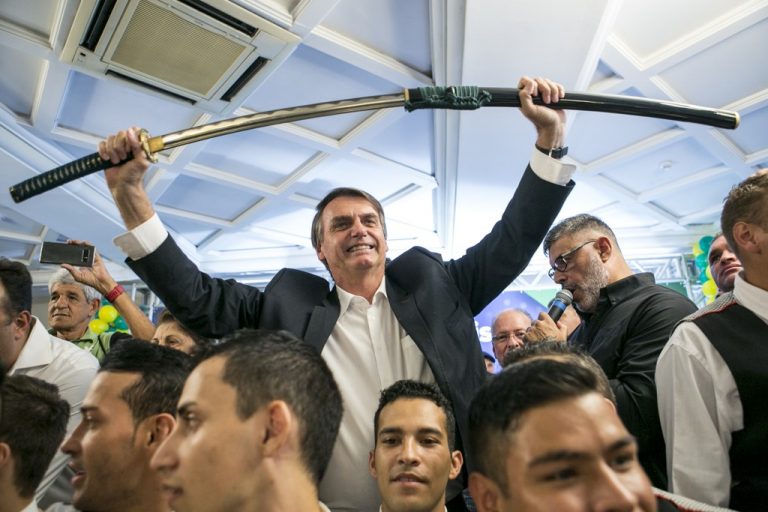 This Is Just The Beginning For Global Trumpism 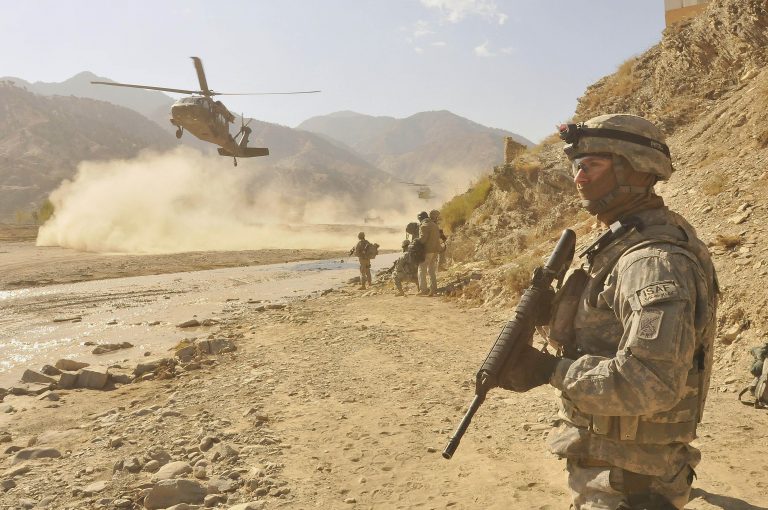 Where Things Stand In Afghanistan 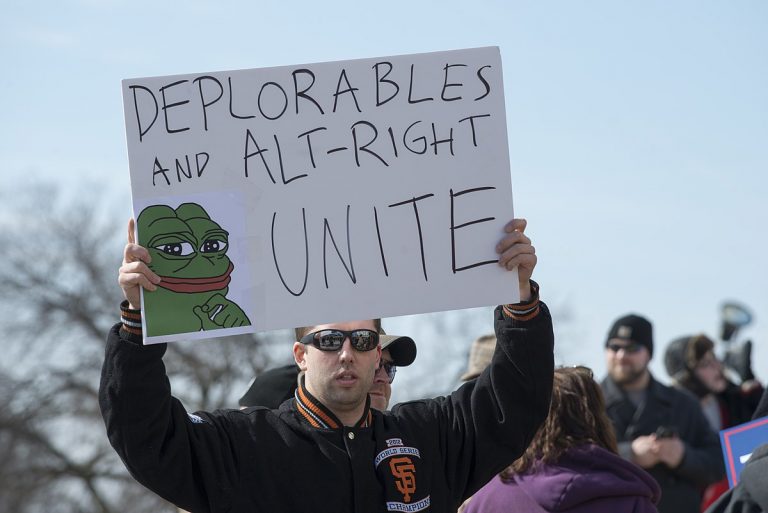 The Alt-Right Death Cult, Fascist Memes and Me