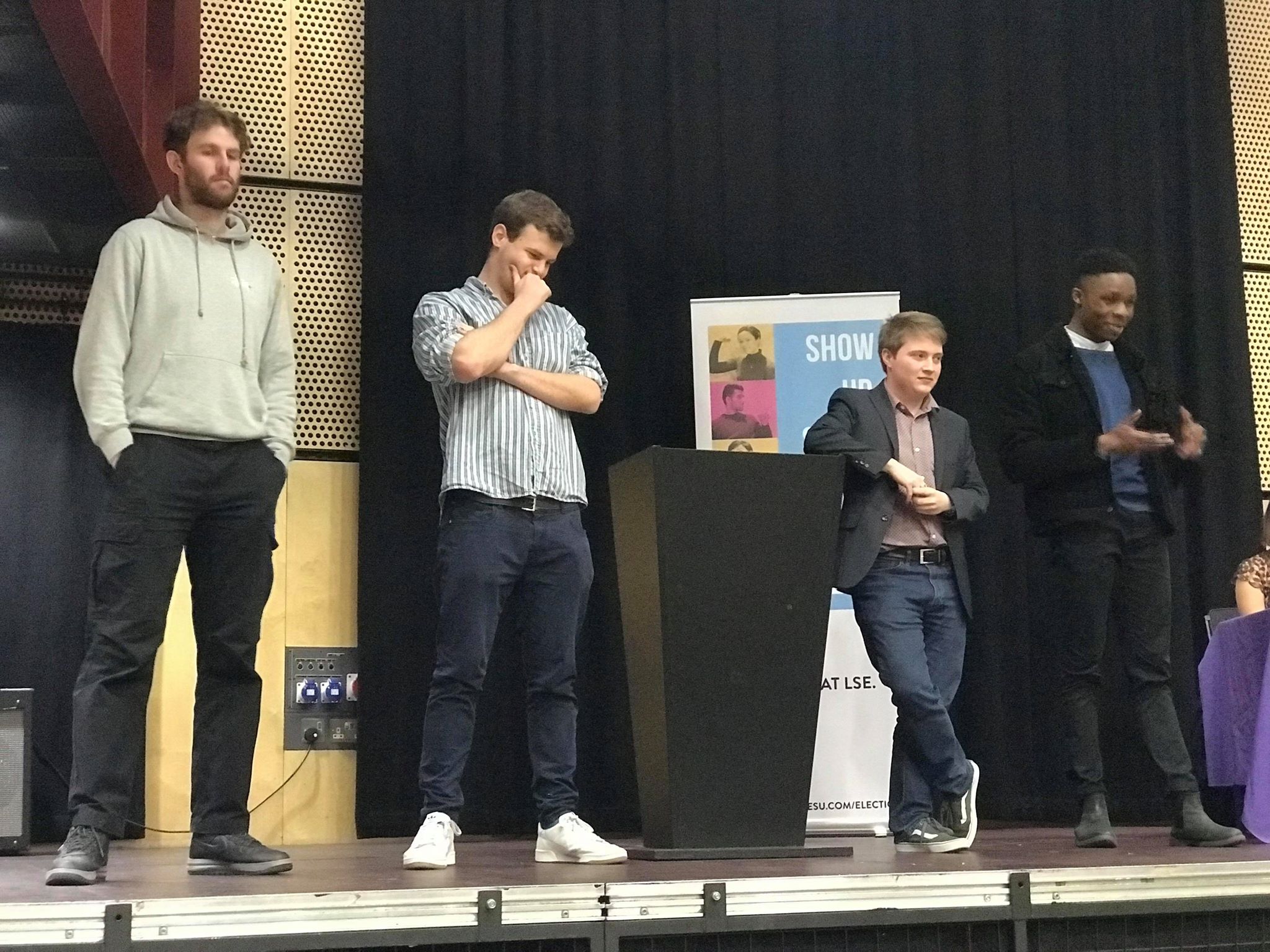 Round One of Hustings Sees Low Participation and Common Concerns

By Colette Fogarty and Laura Zampini

Hustings for 15 different Student Union representative positions occurred at noon on Thursday 14th March, with each candidate giving a speech and answering audience questions. The event was sparsely-attended, with less than 50 people in attendance (including most, but not all, candidates). Generally, the focus of those campaigning was low student satisfaction, cutting SU bureaucracy, and low engagement on campus.

Several candidates ran on the promise of changing the inefficiency and unnecessary bureaucracy that societies face. When trying to secure funding and event spaces, many noted, the SU took weeks or months for reimbursement and confirmation. One candidate cited a figure for the amount of money the SU currently owed them (£233), while another noted that the rooms that the SU had secured for societies were often ‘back rooms’.

While many candidates brought up the possibility of a Summer Ball, a number of audience members emphasised that some issues such as consent training and racism on campus were more pressing. Concerns included misogyny within the Athletics Union, the lack of mental health support available on campus, and racism faced by international students.

Hustings for the General Secretary Position

Running on different platforms, all candidates mentioned the improvement of LSE’s sense of community as an objective for the upcoming year.

Current RAG President Alex Selway was the first to speak. Selway highlighted that he wishes to install a sense of community at the LSE through events such as the Summer Ball and Postgraduate Welcome Party. He also hopes to reform the ‘Beyond the Classroom’ programme to incorporate issues such as antisemitism and Islamophobia, make the best use of the new buildings as social spaces, reform the ARC for greater efficiency, and implement the undergraduate initiative fund. Selway ended his speech with his campaign slogan: “The only way is Selway.”

Harry Compton, founder of the Instagram page “LSE Puns 4 Gaddafis Funds,” is running a single-issue campaign. He declared that he will expand on his efforts, having started with the creation of Instagram page, of creating a happier LSE community. Compton hopes to achieve this by decreasing the time students have to wait for support service drop-in sessions, for example. His campaign aims to highlight the demand for better student welfare.

The third speaker, Zulum Elumogo, who is running for re-election, listed some of his achievements as General Secretary. These included the establishment of fixed fees for international students and the Graduation Gown Support Fund, which will make graduation attire more accessible to students. Zulum also emphasised that the LSE is in the process of having its own staff, completely independent from the University of the Arts, and that he wishes to follow through with this process by continuing as Gen Sec for one more year.

Will Stein, a third year BSc Geography with Economics student, known for starting the campaign for the LSE Summer Ball and funding the Geography Winter Ball, was the last to speak. Stein said he intends to roll out policies he has already implemented successfully in the Geography department. For example, the family system, whereby first years are put in a “family” with older students, would be implemented across all departments. He explained that he was able to implement policies such as these without much assistance of the Student Union, and intends to change this by becoming the point of support inside the Union. “Where there is a Will, there most definitely is a way.”