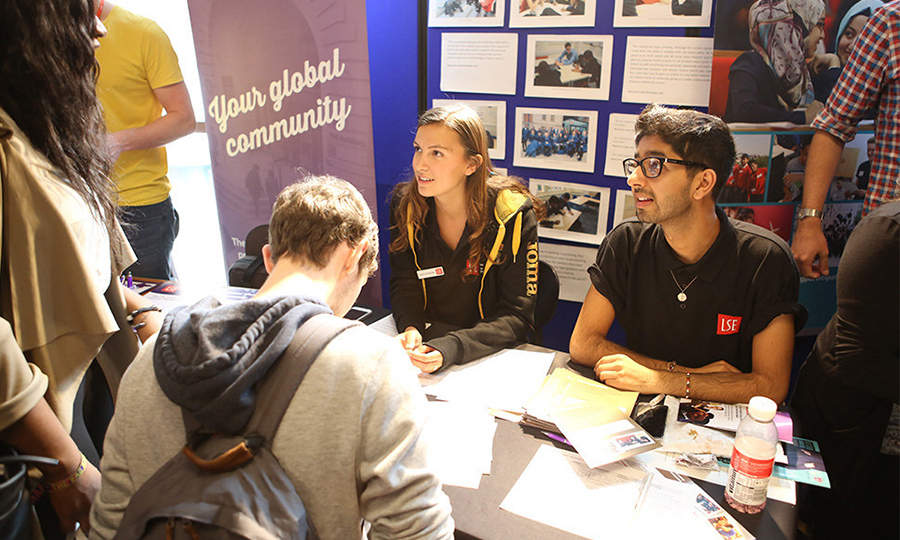 The beginning of the 2018/19 academic session has seen a new influx of undergraduate and graduate freshers, with many societies reporting an significant increase in the number of students attending ‘Give It A Go’ or introductory sessions.

The Beaver News Team interviewed LSESU committees of Consultancy, Drama, Debate, Labour and Pole Fitness on their experiences this year.

All four societies reported an increase in turnout at their introductory events. The Consultancy Society reported that their first corporate event of the year, “an on-site information session at Monitor Deloitte’s office, was oversubscribed”, and the number of freshers who have joined “is unparalleled to the number in previous years.”

Both Drama and Debate’s Give It A Go sessions were attended by 100 people, almost double last year, and Debate’s first week-trials increased from 23 last year to 80 this year. Pole Fitness ran four Give It A Go sessions in response to Fresher’s Week engagement last year so that the events “wouldn’t be so busy that they’d barely be able to have a go on the pole”, and each event attracted between 30 and 50 people.

Membership also seems to have increased, with Drama reporting that 200 students have signed up already, a stat they only reached at the end of the 2017/18 academic year.

In terms of the make-up, Labour told us that the vast majority of their attendees were freshers and continuing students who had not previously been involved, but every society reported a surge in both undergraduate and postgraduate attendees and members. For instance, Drama has seen a notable postgraduate increase, now making up one-third of its membership,

Pole Fitness told The Beaver that having the presence of their male committee members at the Fresher’s Fair and Give It A Go sessions “has really helped to open people’s minds more.”

So why is this happening?

We asked these societies about whether they had experienced high levels because of new marketing strategies. While Consultancy depend on word of mouth, Drama advertised their Give It A Go sessions earlier than usual, and existing students were targeted at the end of the Summer Term.

Debate partially attributes their boost to the Gold STARS award they received last year, while Labour says no change in advertising took place.

Pole Fitness reduced their AU membership fee from £30 to £20, and removed the woman from their previous logo to increase perceived accessibility.

Pole Fitness “guess this is because postgrads are only here for a short time so want to jump into trying something new, plus some of them have poled at their previous universities.” And in terms of second and third years: “Pole is an amazing stress relief because you are so focused on getting the moves right that you forget everything else, so perhaps this is what’s attracting our more experienced LSE students.

“Interestingly, the department with the most Pole Fitness members at the moment is the Government department, so take from that what you will.”

But overall, they point toward the “increasing movement in empowerment, body confidence, self-love and self-acceptance at the moment – especially on social media. Pole is an amazing way to grow and express all of these things.”

Labour told the Beaver that their surge is “possibly to do with the political climate and increasing levels of political participation amongst young people”, evidenced by the high interest from freshers “to get involved with canvassing and committee elections”.

Was it the new SU barcodes in use at the Freshers’ Fair?

Labour say they “probably improved access to societies, [and] made the process simpler for freshers…but [didn’t do] much to affect membership numbers”. Consultancy agree: “most of our growth in membership seemed to happen after the Welcome Fair”.

A big factor in play is that the barcodes are linked only to a temporary mailing list, not the list you are added to once you buy a membership. Therefore, they are predominantly indicative of interest in Freshers’ events, not necessarily permanent interest.

So how are societies responding to the surge?

Debate is looking to “significantly expand the number of committee positions available so we can run much bigger events this year.”

Pole Fitness “are thinking of opening up a sub-committee position for a post-grad officer which we mentioned to a few people who said they’d be keen to get involved!”

And what about new members engaging in elections for core committee activities?

Consultancy report no change in the fact they receive “an overwhelming number of applications for a limited amount of positions”, predominantly coming from freshers. To accommodate high engagement, they have a mentorship program available, allowing new members to shadow and learn from the committee.

Drama’s recent AGM saw every open position being filled, “something that didn’t happen in the last two years at least.” Five out of the eight subcommittee positions are “now held by experienced and enthusiastic freshers”. Across their two-day audition process, 80 people attended – again, “significantly higher than every audition last year.”

The News Editorial team also noticed a significant increase in turnout at the Beaver’s recent hustings. Adam Solomons, the Executive Editor, told us: “I think we’re pretty unique as a society in that we sort of gain from things going terribly in the world, because people became more engaged and want to shine a light on all that.

“We’ve had an uptick among people interested in politics generally but also student politics in particular, because the students’ union seems to have gone through so much in the last few years. Neglecting my own responsibilities for a moment, I might add that I’ll be pleased when the Beaver does less well: that means we’ll be less necessary.”

We would like to add that we also reached out to LSESU Pakistan, LSESU Economics, LSESU Conservatives and LSE Bees but did not receive responses.