Rajan Chander runs through three of the most popular fan-theories surrounding next month’s mega-release of “Star Wars: The Last Jedi”.

As you all know (or should know) Star Wars: The Last Jedi, the next instalment in the greatest franchise of all-time hits theatres next month. As increasing anticipation awaits the release, so does speculation as to some key plot details.

So, search your feelings and give into your senses for I will give my top three theories of what will happen in the highly anticipated sequel.

The Force Awakens revolved around the New Order trying to find the coordinates that would lead to Luke. Clearly they want Luke for a reason, more than trying to simply get rid of him. And he has endured quite a lot since the original trilogy: Luke’s school for the Jedi has been destroyed by Kylo Ren, Han Solo has died, and we’re seeing a return of the Dark Side, through the New Order, despite its defeat thirty years ago. From the trailers, Luke seem to have lost faith in the Force, and the New Order want to take advantage of this.

This theory is probably a long shot considering the history of Luke in the original trilogy, but it certainly is impossible as shown from recent international posters, attributing Luke to both the Dark and Light sides. So, will Luke follow the steps of his father?

The trailers have been heavily speculating that:
i) Rey will turn to the Dark Side
ii) Rey will join Kylo Ren

But Star Wars is infamous for having misdirects in their trailers. The trailers for the Force Awakens made it appear as though Finn was going to be a Jedi, but that didn’t happen? And again, this seems another misdirect; Rey will not join the Dark Side, but Kylo Ren join Rey in the Light Side. The name of the film is ‘The Last Jedi’ where the ‘Jedi’ is plural (as stated by director Rian Johnson). Kylo and Rey might be those Jedi. And maybe, just maybe, they will team up Rocky Balboa and Apollo Creed-style to take evil Luke down for the sequel.

Rey’s parentage revealed – she is literally a scavenger

She might just be an actual orphan of scavengers that has a long lineage, causing Rey to in fact be associated with some sort of god who had the Force hundreds of thousands of years ago and has travelled as a dormant substance through her lineage ever since. So, when she touched the lightsaber, that caused the force within her to ‘awaken’. This theory is completely abstract and a bit ambitious, but the frames of those ancient Jedi textbooks shows that we are going to learn something more about their ancient laws.

So those are my top 3 theories for Star Wars: The Last Jedi. The film is already anticipated to break box office records, while acting as a film superior to the previous one. With Rian Johnson at the helm the film is likely to be one of the best movies of the year, and December 15th cannot get here sooner. And of course, may the force be with you. 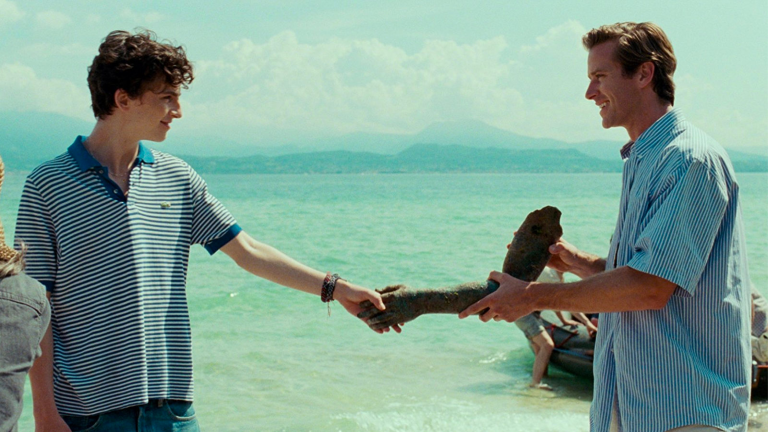 Bourgeois escape and escapism: Breathe and Call Me By Your Name