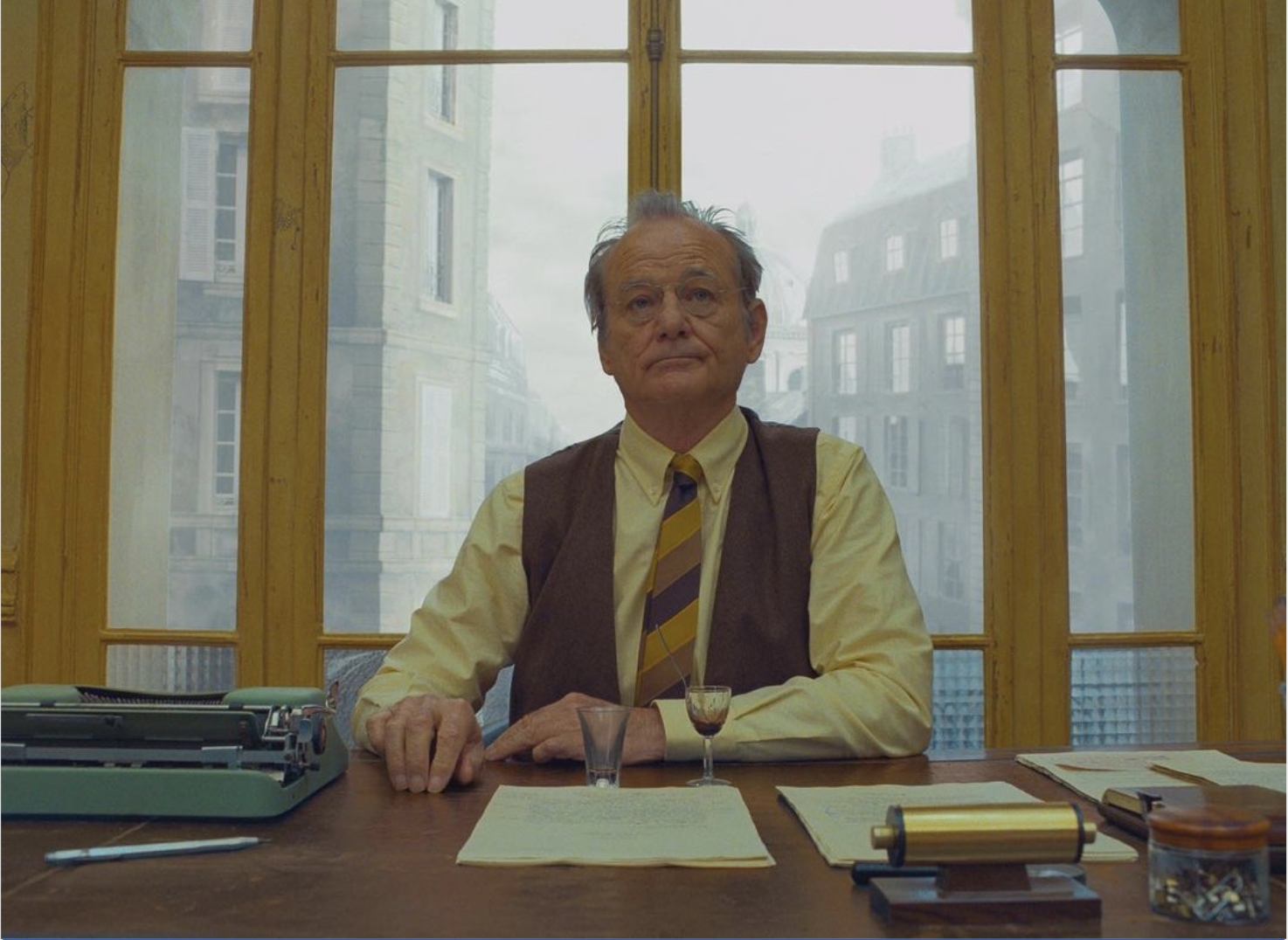 There is a tension here, as in all of Wes Anderson’s films. He is a director obsessed with the craft of filmmaking; every frame is dense with detail; every facial expression seems deliberately placed. For his fans, this meticulousness is what sets Anderson’s work apart from the mainstream of American cinema. His offbeat, whimsical style scratches an itch that nothing else can. In my opinion, this comes at a price: his films tend to leave me cold. There are exceptions (I have a soft spot for Fantastic Mr Fox), but his characters are always so buried under layers of irony that they never remotely feel real, much less relatable. I expect this is intentional; they are props in the director’s dollhouse, as is every other part of the set. However, I do consider it a flaw when a film fails to make you feel.

The French Dispatch is a partial success. On the one hand, it’s the work of a director at the top of his game. Visually, it’s a treat; each chapter of the anthology is told inventively, with animated sequences, carefully choreographed set-pieces, and shifts between colour and monochrome. As in The Grand Budapest Hotel, Anderson experiments with different narrative framing devices (for example, one story is delivered as a lecture). Fans of his work will know that there is a unique delight in watching a Wes Anderson film unfold itself. They are consistently imaginative, filled with witticisms, and often very funny. This is all true of The French Dispatch, to such an extent that it ranks among his best.

The structure of an anthology feels like a natural fit for Anderson. His films often seem like a series of vignettes anyway, regardless of whether they have a strong narrative through-line. The spine here is the newspaper: The French Dispatch of the Liberty, Kansas Evening Sun (explicitly modelled on the New Yorker), and its editor, Arthur Howitzer Jr., played by Bill Murray. Each section is framed as an article by a different journalist, all within the context of an obituary for the editor, and the paper itself. Although I won’t discuss them in detail, the subjects of each chapter are compelling and varied. I wasn’t bored.

The central theme is, I think, loneliness. The lives of both expatriates and journalists are often solitary, and the film is at its best when it gives us glimpses into that sadness. In the film’s most poignant scene, Roebuck Wright (Jeffrey Wright) tells his editor (Bill Murray) about a part of his story that he had cut because it made him too sad. Murray’s character thinks that the section is the only part worth writing about. Wright “couldn’t agree less”, preferring to emphasise the drama and fun of the story.

I can’t help but see this as a direct commentary on the film itself. There is the implication of emotional depth here, but it’s fighting against Anderson’s instinct to make the same film he has been making for his entire career: light-hearted, entertaining, but ultimately inconsequential. The French Dispatch occasionally transcends this, but not enough.

PrevPrevious‘Horses on a racetrack’: Squid Game’s stark portrayal of exploitation under capitalism
NextThe End of Marvel, or the End of my Youth? ★★Next
On Key