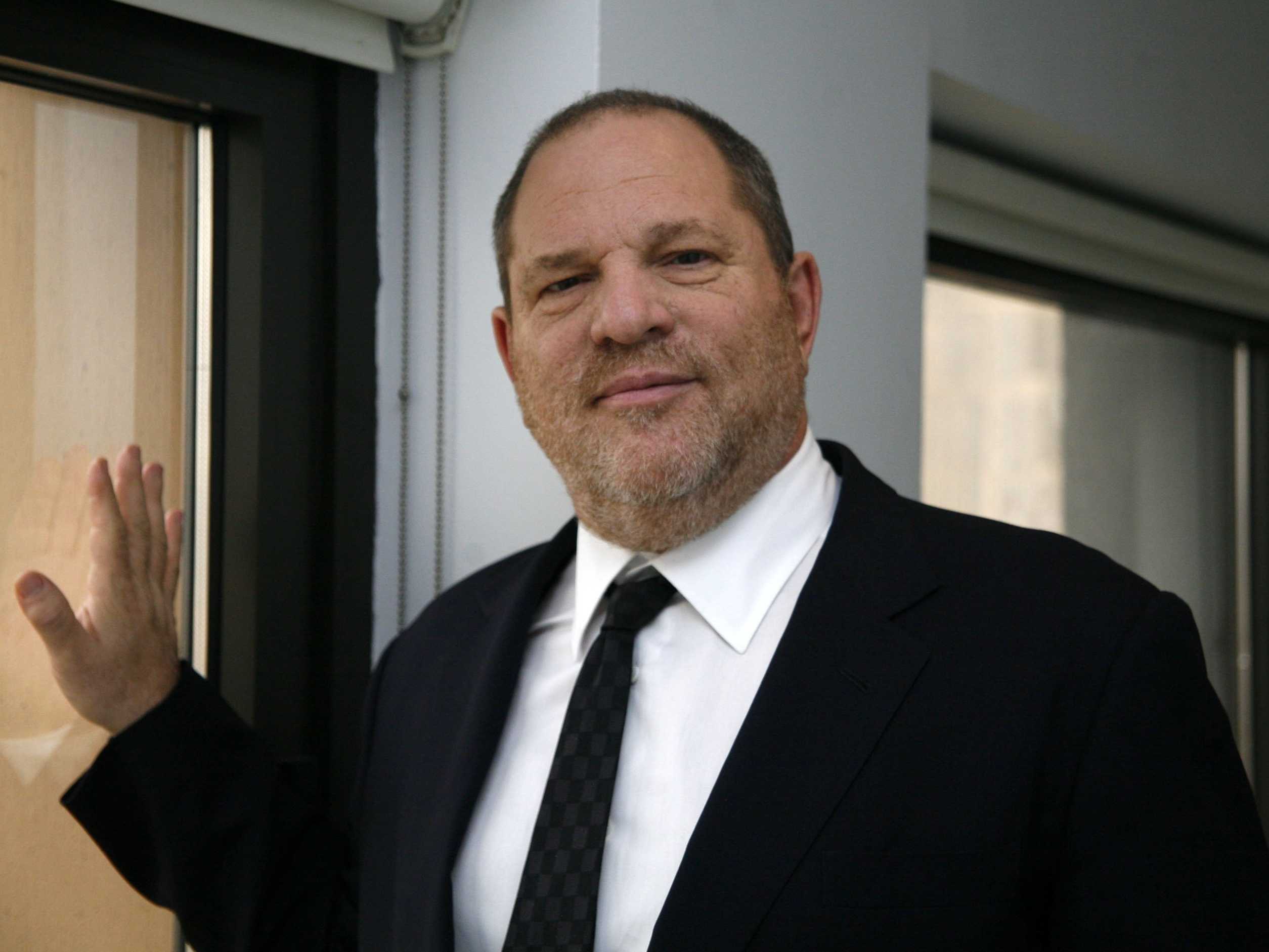 The Tip of the Iceberg: Beyond Harvey Weinstein

The story of Harvey Weinstein is by now  familiar to everyone. Since first being reported in the New York Times on October 5, allegations from sexual assault to rape against Weinstein now stretch back as far as the 1970s, with the number of accusers reaching over 80.

This type of harassment is synonymous with the abuse of power that is now being revealed across various institutions, also evidenced through the recent allegations against Knight Landesman, a co-publisher of the influential art journal Artforum.

It is the very fact that these men hold such power, money and influence that has stopped people from speaking out. In Ronan Farrow’s detailed New Yorker report he talks of how the women felt they could not come forward out of the fear and shame of what had happened, and the “culture of silence” across the entertainment industry that made them feel as if their voices would never be heard.

At the same time as we begin to critique the abuses of these powerful men, however, a different standard still applies to the “genius”, to the artists and creators that these powerful institutions help to fund and support. Specifically I would like to explore sexual assault in the film industry beyond simply men of power, to look at the continuing acceptance of those men who, indeed, hold power, but who are ultimately excused because of their creative genius.

For example, Roman Polanski recently faced protests in Paris in the wake of plans to launch a retrospective at the Cinémathèque Française film archives to present his latest film. Polanski is a convicted child rapist and is wanted in the US for the rape of a 13-year-old girl in 1977. Since then another actress, Renate Langer, among others, has also come forward and accused Polanski of raping her on two separate occasions, aged just 15, in 1972. Hollywood, nonetheless, continues to work with and support him. Indeed he won an oscar in 2003, receiving a standing ovation from attendants including Meryl Streep, Martin Scorsese and Harvey Weinstein.

Perhaps if he’d been simply a powerful man, like Weinstein, there would have been similar outrage and ostracisation when the allegations became public, but the very fact that he’s an artist, a so-called visionary, means that he continues to receive respect and support.

Woody Allen is another figure of controversy in Hollywood. In 1993 Allen was faced with allegations from Dylan Farrow, his adopted daughter, that he had sexually assaulted her when she was a 7-year-old. These allegations were eventually dropped, though the prosecutor said it was to spare Dylan a traumatic ordeal, not for a lack of evidence. Allen was also denied visitation rights with Dylan, as a precaution.

Interestingly one of the figures credited with reviving Allen’s career at this time was Harvey Weinstein, who distributed his 1994 film “Bullets Over Broadway” despite the short-time shunning of Allen by Hollywood. Indeed, Weinstein is reported to have said “shunned by Hollywood means nothing to Miramax [his studio at the time]. We’re talking about a comic genius.”

Whether you choose to believe the allegations or not, Allen still married his then-wife’s adopted daughter, Soon-Yi Previn. Allen is 35 years older than Soon-Yi and looked after her when she was still a child; the dynamic of the marriage in the words of Woody Allen himself reveal quite a disturbing image. In an interview with NPR, he talked of how the marriage worked due to the “paternal” dynamic in that “she deferred to me, and I was happy to give her an enormous amount of decision-making just as a gift and let her take charge of so many things.” There is clearly a power differential in these relationships, that must make you question his character.

Despite this I felt it was still okay to continue to watch and enjoy the works he made, as long as he was not outwardly celebrated as a person. The Golden Globes in 2014, however, decided to do just that, presenting him with the Cecil B DeMille Lifetime Achievement award.

In the wake of this celebration of Allen’s life and career, Dylan Farrow wrote an open letter to the New York Times. In it she described how her “torment was made worse by Hollywood” as “all but a precious few (my heroes) turned a blind eye” and that Hollywood’s acceptance of Woody Allen “silenced” her. She felt as if it was “a personal rebuke, like the awards and accolades were a way to tell me to shut up and go away”.  It certainly then begs the question of why Hollywood felt the need to openly celebrate him – especially when it seemed to imply that Dylan was either lying or did not matter enough to count in the grand scheme of things. (Though Allen did respond to this letter.)

Kate Winslet perhaps answered this in a recent interview, in which she defended her choice to work with Polanski and Allen. She cited them both as “incredible director[s]”, suggesting there was some pressure to work with them and “put” the other dealings to “one side”. Again this theme crops up in the art world, that an individual’s wrongdoings can be ignored or shoved aside for the sake of their genius and creative work.

I do agree that the art should be separated from the personality of the artist, from the “quirks” of their personal life. However, sexual assault is not a “quirk” of personality, it is a degrading, agency-stealing act that has serious and lasting consequences on the victim’s life – and I can not in my head separate out such a serious thing as that from their art. In any other normal workplace, sexual assault does not lead to further celebration and success, it leads to real repercussions (albeit with prominent exceptions within the Fox News Channel, and the White House).

Another common response is that accusations are just that, and so not relevant in discussions of their work. But it is that kind of thinking that allows for this “culture of silence”. If no one raises questions about an abuser, or if that person believes that they are immune from it, no one is held accountable and acts continue to be hidden. In the Hollywood Reporter, Ronan Farrow wrote an honest piece on his own regrets in not properly devoting time to the accusations surrounding Bill Cosby when he interviewed him. He then reflects on the media’s attitude to both his sister’s and father’s open letters on the issue of Allen’s alleged assault. He points to the fact that whilst Dylan only received a small amount of article space on an online blog on the New York Times, they gave Allen’s response twice the space and “prime position” in the print edition. He reflected on how this demonstrated the difference in treatment from the press towards the “vulnerable accusers”, against the “powerful men who stand accused.”

I began to wonder then if I could enjoy and support such work without celebrating the people themselves, particularly when other influential people and institutions seemed insistent on supporting them. And especially in the light of the Weinstein scandal it made me think about the danger of this “culture of silence” and my own part in it through the quiet acceptance of these men.

In truth I am still conflicted on the matter. As a film-lover, I consider Allen’s and Polanski’s films to be some of cinema’s great works. However I abhor sexual abuse in any form and, in watching their films, I am supporting them.

This raises many questions. In supporting their films does that make us also complicit in the normalisation of that kind of behaviour? Do we too help to create a culture of silence in which the victim feels unable to speak up? Are we able to appreciate the work without also celebrating the life?

There are no easy answers and I have no absolute conclusions myself. I think I will continue to watch their past films – but works that are yet to be released I will not support by not providing an audience. It is in this that I think solidarity is to be found with those victims who feel reminded of their assault and ignored every time these artists works are celebrated and are able to continue to work. By not providing an audience in the future it is a way of saying that is not okay to keep celebrating these people or to keep working with them. In this way I think change can be made, and I sincerely hope that, in the wake of the Weinstein scandal, more light and more justice will be brought to the victims of abuse.