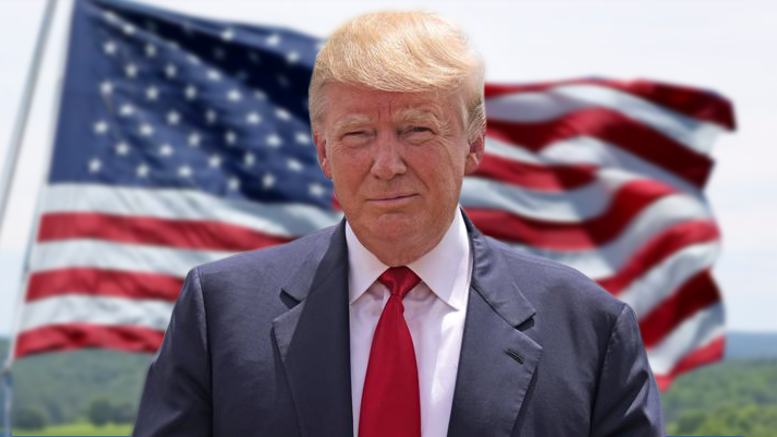 Trump, and the Aftermath: A Divided America

Ever since Trump’s election as President in 2016, his reign of misinformation and populism has seemed to go unchecked. The impacts of his term in office have often made headline news, sparked fury amongst liberals, and drawn raucous approval from his voter base, mainly consisting of those who have not benefited from globalization and who feel that the government is deaf to their cries. Certainly, Trump’s governance has signaled a departure from traditional politics dominated by the politically correct elite.

To many, he represents a changing tide for America: one where the American Dream is once again achievable only for “true citizens” of the American heartland. This common feeling of powerlessness and desire for radical change is a far stronger uniting factor for Trump loyalists than standard predictors of race and age. Though his strongest supporter base skews male, college uneducated, and white, it is Trump’s nostalgic calls for an Old America that mobilizes them.

In an increasingly knowledge-based economy, the proletarianization of preciously white-collar workers corresponds to rising income inequality. Rather than a class cleavage between the working class and the middle class, there is now a divide between the top 1 percent and the other 99 percent. Populist parties capitalize on these concerns, emphasizing the threat of immigration not only on the masses’ economic welfare but also their national identity.

Amidst economic concerns, a populist cultural phenomenon riding on the waves of xenophobia, fear, and isolationism has emerged. It is the masses, populism dictates – the common people who are voiceless and powerless – who should have a say in their own problems, not the elites who have repeatedly failed to make a change. The populist movement which has propelled Trump to power also strongly relies on a call to arms in defense of traditional cultural values. In a post-materialist era after the World Wars, with the rise of an economy based on technology and knowledge, new liberal values such as multiculturalism and environmentalism have taken root amongst many millennials.

Indeed, Trump has made fighting against these liberal values a centerpiece of his political message, even going so far as to repeal Obama-era environmental protections to maximize the profitability of fossil fuels.

Moreover, Trump has very recently staked his presidency on illegal immigration, having built his campaign on that premise. The government shutdown began on December 22, 2018 and ended on January 25, 2019, lasting 35 days, officially making it the longest shutdown in U.S. history. The possibility of a government shutdown is built into a presidential system; as neither the President and the Cabinet nor Congress has the ability to dissolve the other, both the president and a majority in Congress possess the power to veto proposals. Under a divided government wherein the president’s party lacks a legislative majority, the possibility of gridlock is invited if the ideological distance between the legislature’s and President’s preferred policy is too far apart.

Trump’s agenda? He demanded $5 billion to build a border wall between the U.S. and Mexico, but Democrats, who control the House of Representatives, refuse to pass the bill. Similarly, Trump refuses to sign any bills that excludes the $5 billion for the border wall. Subsequently, the government partially shutdown on December 22, with departments covered by parts of the budget not previously approved beforehand not receiving funding. In total, about 800,000 employees in nine Cabinet departments and smaller agencies were affected, with some furloughed without pay and others working without pay.

This is a striking example of the division manifest in the U.S. presently. Whilst bipartisan politics has always been a long-standing American tradition, the Trump administration has only highlighted this divide. Its subsequent effects on a changing political landscape will ultimately shape future behaviour in the years to come.

Whilst Trump has successfully mobilized the American population with nostalgic calls to its traditional heartland , on the other side of the divide, the Democrats have sought to find their role in this new political landscape. New voices have certainly revitalized the Democratic party, sometimes in a different direction than preferred by current democratic incumbents. For instance, a key political figure is Alexandria Ocasio-Cortez, who is New York’s Fourteenth Congressional District’s representative in the House of Representatives.

On the surface, it’s easy to understand her instant fame and continuing media attention. Identity, after all, is what the masses see before they begin to understand a candidate’s policy stances. As the youngest woman to get elected into Congress at the age of 29, and with a Puerto Rican background, Ocasio-Cortez  was not born to a wealthy or privileged family. In contrast to many established incumbents, she did not have wealthy corporate donors or particularly powerful connections but rather ran a grassroots campaign. However, identity politics aside, she focused on a platform campaigning for “economic, social, and racial dignity for working-class Americans, especially those in Queens and the Bronx.”

Whilst her campaign also has a populist flavour in its anti-establishment tone, it is significantly different to the populist tide that brought Trump to power. Her message is one that is radical in its progressiveness, and more importantly, its radicalism unnerves not only her Republican opponents but some of her fellow Democrats who have been risen to power within the political institutions that have sustained America for so long and led to the current political impasse. However, whilst she may appear radical and ultra-progressive to political incumbents, Ocasio-Cortez’s policy positions perhaps ring closer to the millennial population, whom, by 2020 will be a larger share of America’s adult population compared to the baby boomers, but whose views are often not reflected in current policy.

For a long time, socialism has been seen as a dirty word in America, viewed as damaging to the ideal of the American Dream. Individualism is a very deeply rooted American ideal, and current policy, particularly that involving the lack of certain public resources such as healthcare, has mostly reflected that. Memories of the Cold War have also further stigmatized the idea of socialism. However, there is a distinct generational divide with respect to political cleavages. Not only has many of the younger generation adopted post-materialist values defending the environment and multiculturalism, but they are more open to the idea of socialism than prior generations, living in a time where growing income inequality acutely affects millennials. A growing unease with the current big monied system combined with growing progressive values were key to getting Ocasio-Cortez, a proclaimed democratic socialist, to office.

Indeed, with starkly different opposing partisan positions, finding a political median is more challenging than ever. The Trump administration has mobilized not only his loyal voter base – distinctly populist, conservative, and nostalgic for an America of yore, but also an increasingly energized opposition frustrated with current policy and its direction. A new wave of political activism has spread across the country. In one country, such stark divisions in a system of ingrained bipartisanism can prove difficult to navigate however, as the political gridlock and consequent government shutdown has shown the political landscape in America is more fraught with conflict than ever. On the one hand, there are the calls for the resurgence of traditional conservative values. On the other hand, there are the campaigns championing more progressive values and ideals, like socialism  which was once widely shunned. More than ever, America needs to find its balance.