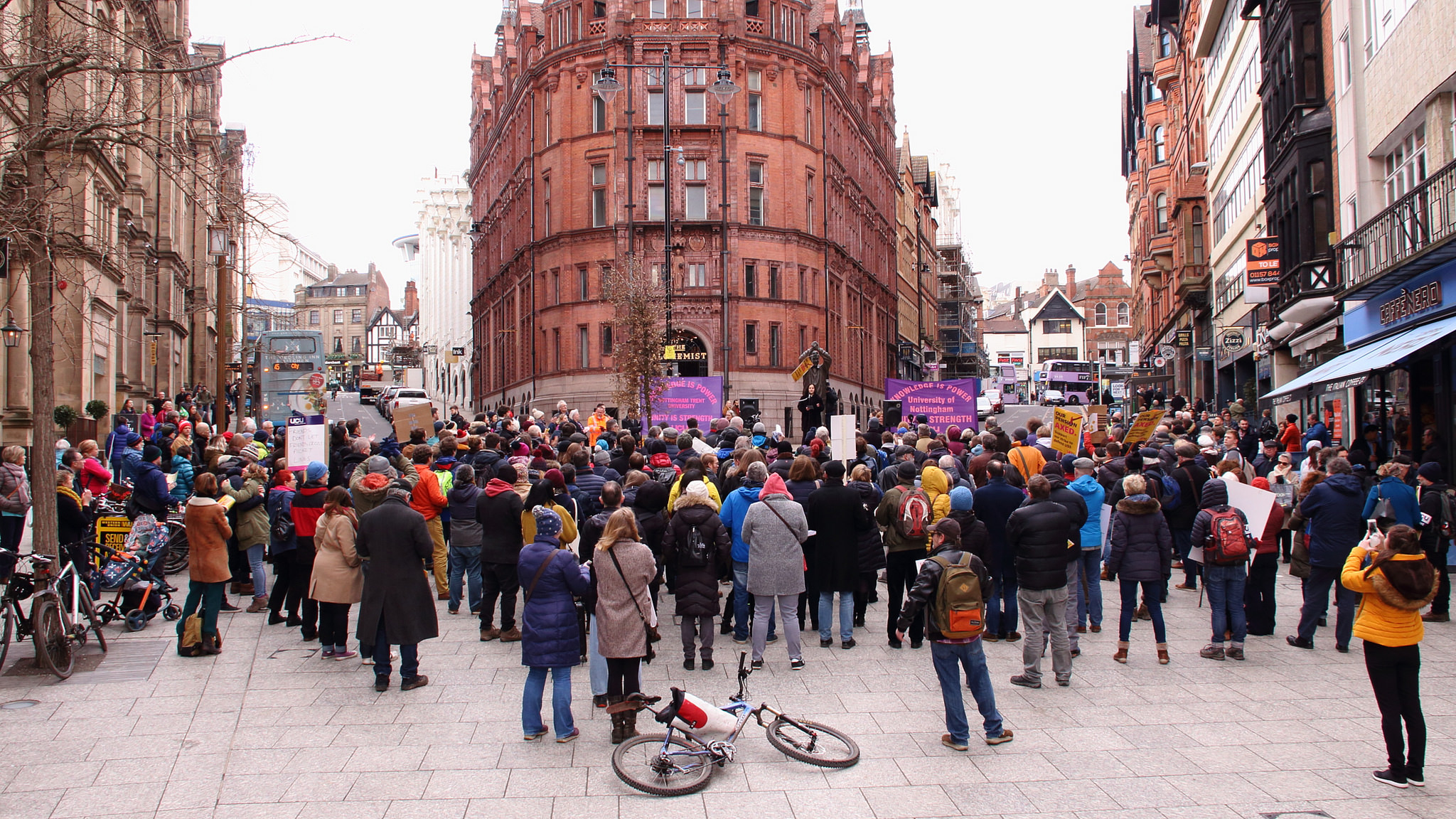 The UCU strikes, now the largest industrial action conducted in the higher education sector, have continued over the last two weeks with lectures and seminars at some universities still halted. Striking academic staff are opposed to what the UCU has termed “the biggest pay cut in higher education history”, Universities UK’s new pension scheme, which upon retirement may leave staff £10,000 worse off annually. Under this ‘defined contribution’ scheme, new staff are predicted end up worse than those who have committed at least 10 years of service.

Johnny Darlington, SOAS UCU Branch Secretary, told The Beaver that their hopes are for de-marketisation, that “there will be lots of post-strike moves to start moving away from a neo-liberal vision of education, in unity with a campaign for free higher education as per Labour Party policy (…) and decent pensions backed by the state.”

Vice-chancellors of universities including Oxford, Cambridge and Bristol have stated that they now accept UCU’s risk valuation originally made in September. This means that they have acknowledged staff concerns over the defined contribution pension scheme and support ‘meaningful’ negotiations between UCU and Universities UK. Oxford’s vice-chancellor, Louise Richardson, has stated: “[I] hope that we will be able to work together to help bridge the divide between UUK and UCU in the ongoing negotiations. The future of our pensions is a shared interest for so many members of this University that we must try to find common ground.” Previously, she had suspended a debate on reversing Oxford’s support for the new pension scheme.

Furthermore, Glasgow University has decided to dock pay from striking staff over a three-month period rather than in a single paycheck. These policies mean industrial action will become more affordable for individual staff members.

Senior management at Imperial College London and Sheffield University have called for an expert board to examine the defined contribution scheme and mediate the UCU-Universities UK negotiations. Sheffield had previously told staff that “a refusal to reschedule [missed] lectures is considered a breach of contract” and they would have 2 working days following industrial action to “confirm that [they] have rescheduled the lecture or class” or face a dock of pay by 25% daily. After five working days, the deduction would escalate to 100%. After opposition from alumni, Sheffield staff will not face punitive action in the case of rescheduling lectures missed during industrial action.

King’s College London have said they will compensate students for missed classes and lectures during industrial action, drawing from the money that would have accounted for striking staff salaries. Petitions for compensation had been signed by 115,000 students since strikes began. Sam Gyimah, the universities minister, has supported this response, saying that “ultimately it is those students that are paying the salaries of the striking staff and I don’t want them to suffer any more than they need to in terms of their education.”

Last week, Viewforth Analysis, a higher education consultancy, published findings that university staff in the UK in 2015-16 provided 40 million hours of free labour a year via public engagement and knowledge exchanges: worth £3.2 billion.

UCU has warned that 65 universities face 14 days of strikes during the exam period, April to June, if the dispute is still unresolved.