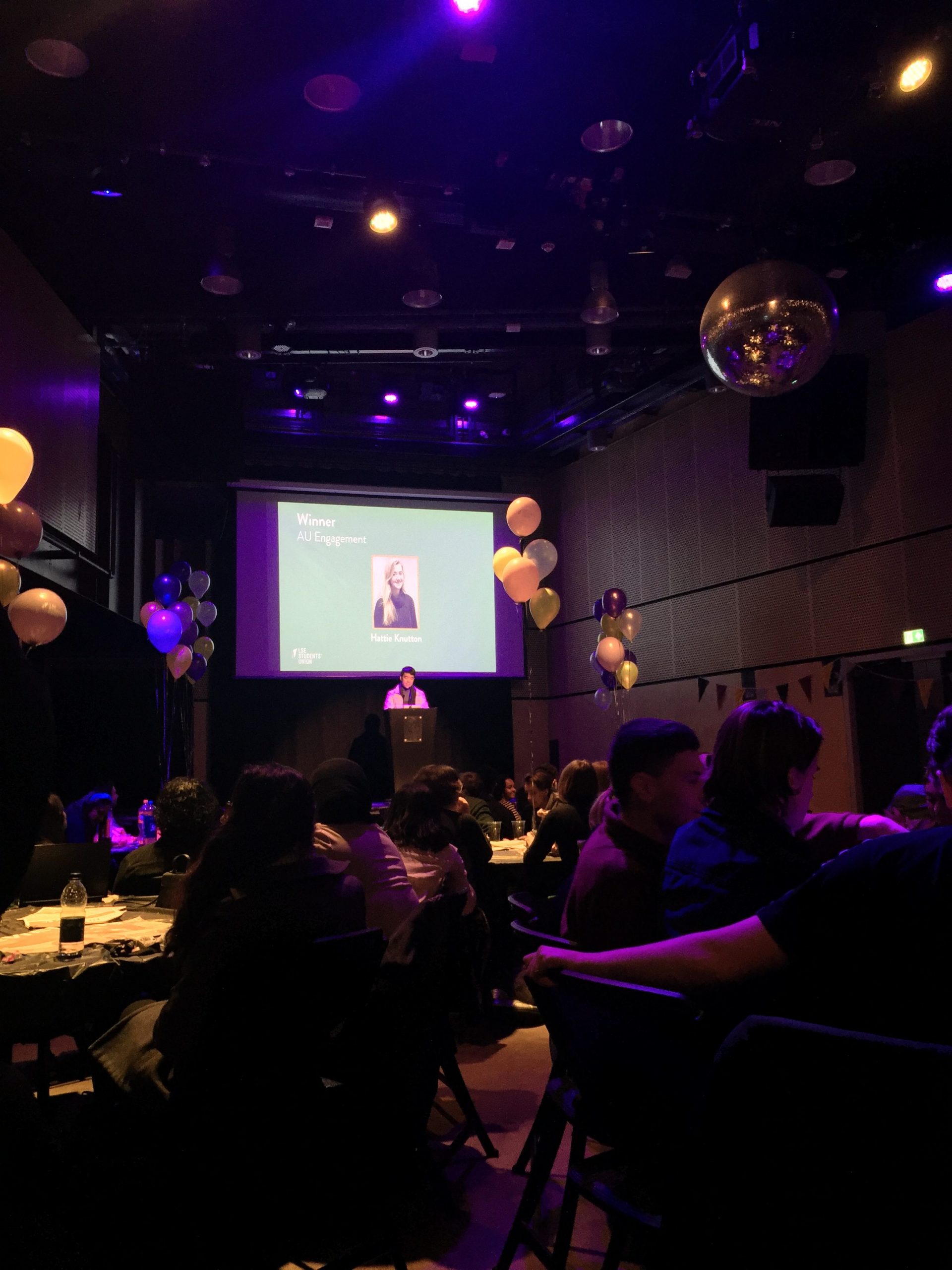 That night, all four candidates gave victory speeches to an enthusiastic audience. Faye kept her speech concise, thanking friends and voters, and saying the election was an honour. Naveed began by saying “only one word I can describe myself – and that’s grateful.” He expressed gratitude for the friends who took time to “hustle” for him, voters, and those who helped, controversially claiming “The societies that endorsed me will not be forgotten…I might forget the ones that didn’t.” He concluded with, “next year, as A&D, I will do whatever it takes.”

Zulum opened his speech by thanking God, his team, and those who supported him – as well as his opponent Waleed, for a clean and competitive campaign. He additionally gave his respects to all those who ran, saying “we need to encourage people to take that step.” He finished by saying he looked forward to working with the rest of the officers, and to “taking the Union into greater heights. The best is yet to come… we can do so much better as a Union, and we will. So, God bless you, and I won’t let you down.”

Martha began by celebrating the fact that “democracy and meritocracy are still alive at the LSE.” She thanked voters, various friends and members of her campaign team, and closed her speech – and the night – by saying “everyone, I love you so much, and I can’t wait.”

Perhaps unsurprisingly, across the board undergraduates vastly outvoted postgraduates (with approximately 8 UG votes cast for every 1 PG vote), with the departments of Government and Economics seeing the highest amounts of students voting. Turnout was slightly improved from the MT elections, with 2,112 voters casting nearly 15,000 votes for full- and part-time officers, and 885 voters casting over 3,000 votes in the committee elections. Only 1722 voters voted for the General Secretary position, down from 2798.

However, this still represents just under 20% of the LSE’s student population. Fourteen of the twenty-five posts – just over half – saw only one candidate standing.

This relatively low voter turnout comes at the end of a year that saw frequent criticism of historically low engagement with the Union. Contrastingly, following yet another sparsely-attended hustings, the results night saw a full room composed of a supportive, enthusiastic, and vocal crowd giving candidates big cheers throughout the night.