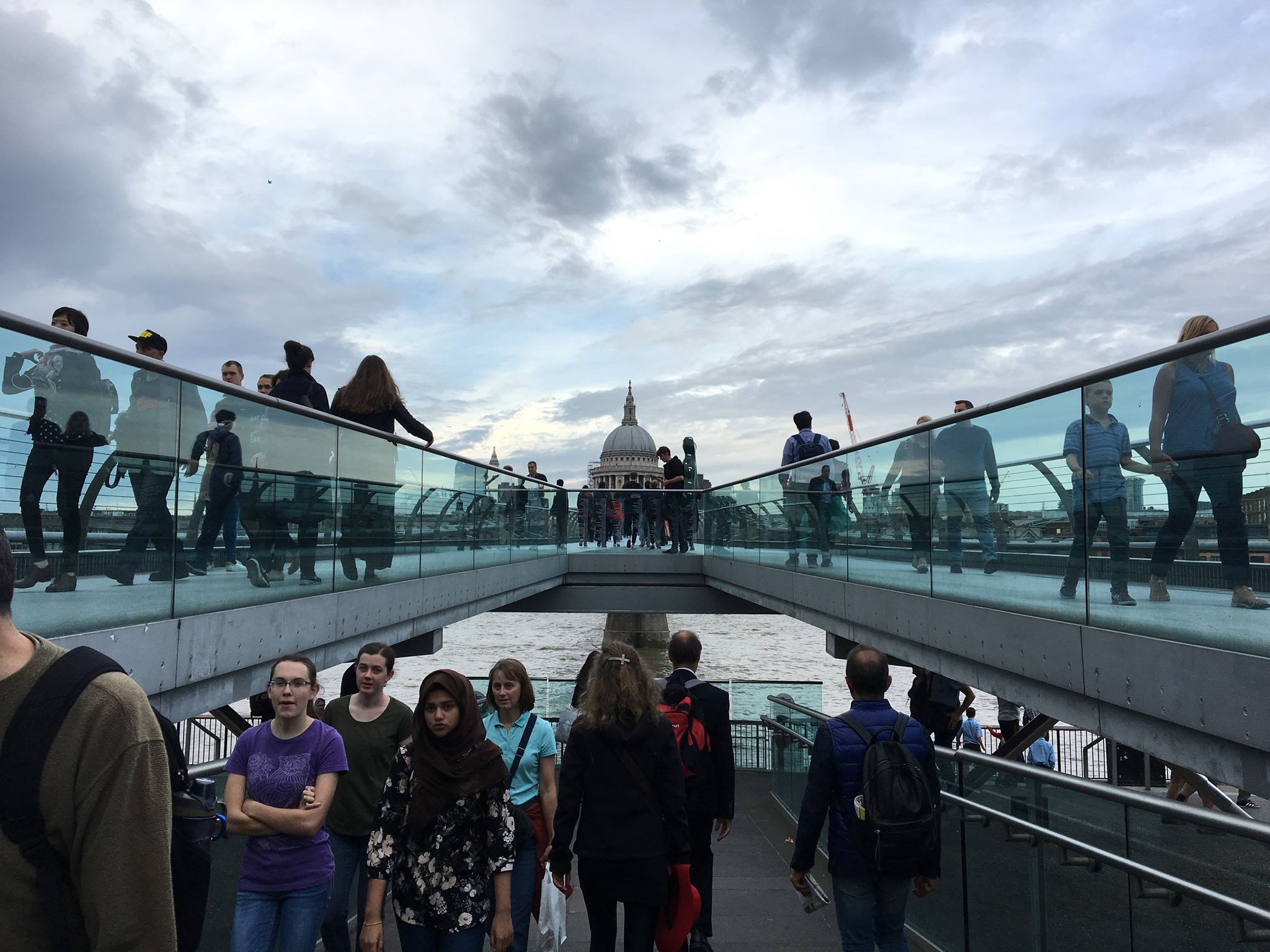 Me vs. London vs. World

It’s been about five weeks since I touched down in London Town—as Kanye and Estelle would say—and getting settled in has gone by relatively smoothly. I know exactly how much time it takes me to walk from Bankside to the Towers (28 minutes). Six times out of ten I know that I can ignore the little red man who is telling me not to walk at pedestrian crossings (just look both ways and stare down the drivers). And I’ve learnt that if you accidentally walk backwards into an old lady and apologize profusely, she’ll still glare at you and make you feel like crap.

Naturally, settling into London has meant comparing my new life in London to my life in the United States. To my surprise, meeting new people has meant being asked about my findings.

So, let’s throw Washington D.C., Philadelphia, and London into a boxing ring and find out who does what better.

Walking Down the Street: D.C. +1, Philadelphia +1, London +0
Sorry London, but walking down the street for 75% of the day is not entirely enjoyable. And no, it’s not because of the number of people who are walking about. It’s the lack of order and flow when walking around the city.

My theory is that the problem stems from the diversity of London’s population and the UK’s choice to be rebellious and drive on the left side of the road. London is used to being on the left. The rest of the world is used to being on the right. London is a melting pot of people from all over the world. The result? A jumbled mess on the sidewalks. Everyone is dodging one another and awkwardly doing the mirror dance to move around one another. For a city population that is so averse to making eye contact with strangers, you’d think London would find a way to avoid making awkward moments happen.

“But Amana, it would be silly to put a sign that says, ‘Walk on the left’ in the city streets.”

Yes, but last weekend I saw a sign that said “River” next to the River Thames. Why someone felt the need to put a sign by a body of water you can’t miss is beyond me. But it was still there, stating the plain obvious. So, London, how about we try to make walking around in London a little more efficient, eh?

Public Transportation: D.C. +0.5, Philadelphia +0, London +1
Don’t worry London, you’re back in the running. The Tube is the best transportation system I have every been on, period. Granted, I haven’t been on it in the summer (I’m thoroughly amused by the fact that the city suggests that you bring water with you to survive your trip). Londoners, you don’t know how good you have it: The Tube is pretty clean, it’s smartly built to pack in as many people as possible, and easy to navigate. Traveling around the city is a breeze here.

As a point of comparison, D.C.’s metro is pretty solid, but you need to take a bus or drive between stops. Meanwhile, Philadelphia is still rolling out their version of transportation cards. I will always hate Philadelphia transportation because it makes me feel like I live in the 1920’s.

Shopping: D.C. +0.5, Philadelphia +0, London +1
Not only did I get to watch a fight break out outside of Tesco on a Friday afternoon, I watched the fight go down while I was checking out my groceries at one of the multiple self-checkout stations. Thank god London hates queues because I hate them too. More importantly, I’m glad London did something about it!

I’m looking at you D.C. and Philadelphia. Get more self-checkout stations and let’s help the environment by forcing everyone show off their personalities with their reusable grocery bags.

‘Till the next round!