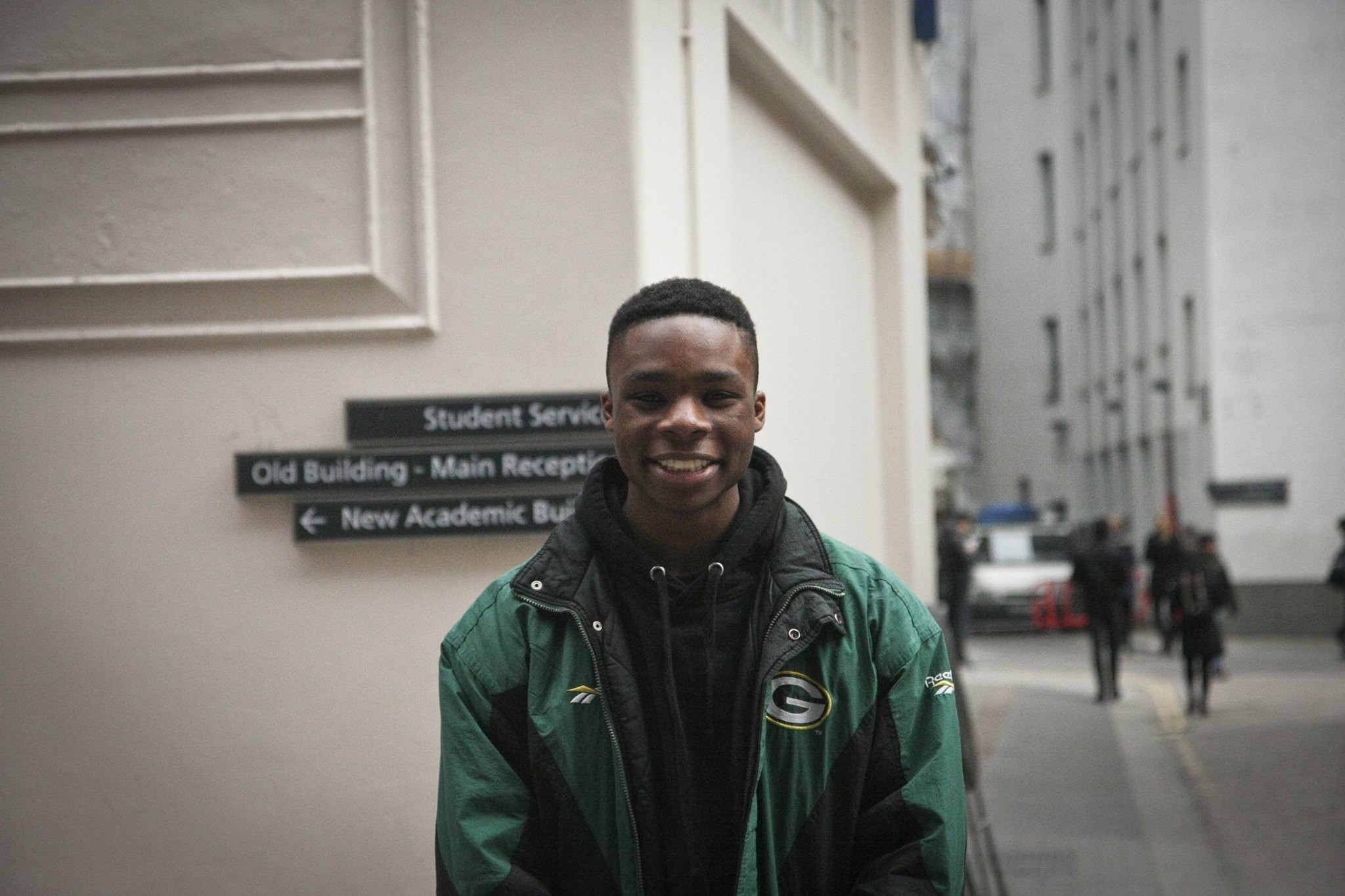 An Interview with the “Gen Sec Living”: Zulum Elumogo

Zulum Elumogo is the General Secretary of the LSE Students’ Union 2018-19. He graduated last year having studied Social Policy and Government. He is also an incredibly talented dancer and choreographer, showcasing his work for the annual LSESU African-Caribbean talent show and the LSESU Dance Show but to name a few. Yet, his most notable achievement is that he has made history by becoming the first black-male General Secretary in the Union’s 120 years. Eileen Gbagbo interviews him.

Why did you want to become General Secretary?

Simple: To help people flourish and develop into their best selves whilst at LSE. Having this platform enables me to encourage our students and support them as they navigate this challenging – yet rewarding – environment. There is no doubt in my mind as to what I’m here to do.

What do you do day-to-day in your role?

I do a lot! From advocating on behalf of students in an LSE Board of Discipline panel to judging RAG’s Battle of the Halls (a Freshers’ event), co-drafting the LSE 2030 strategy as the student voice of the LSE Council (the LSE’s highest governing body) to supervising 25 black Year 8 boys on a Widening Participation field trip to Parliament. In essence, my role is focused on serving students in every shape and form as well as supporting the next generation when I can.

What do you want to achieve this year?

I want students to trust and feel a strong sense of belonging to their Students’ Union. The truth is that the SU exists for the benefit of its members (all 12 000 students at the LSE- Undergrad and Postgrad). All the money the SU raises is reinvested into student activities, so if students aren’t feeling the positive effects of their SU, that’s a problem we need to fix. I also want to shift the culture of the LSE from one of unhealthy competition to collaboration and support: there’s more than enough room for all to win. Clearly, a year in office isn’t long enough!

Let’s talk more about this “unhealthy competition” environment that you mentioned.

This is the cultural climate of LSE, where students feel like they must compete with each other, whether it be grades, internships etc. Healthy competition can be a good thing, but I want to shift our focus towards greater celebration individual and personal success. That can only be achieved when everyone feels comfortable in their own skin, running their own race. Competition is based on the premise that we are all on equal footing, but that isn’t the case. We all have different strengths and skills and there are enough opportunities to accommodate them all.

As General Secretary, you definitely have the power and resources to foster that change that you talk about. So what measures are you going to put in place to usher in this new environment?

It doesn’t all depend on me! I have a brilliant team alongside me in the other Sabbaticals and I certainly need to do more work in establish a collective vision to transform this place for the better. I envisage a community where leadership is celebrated at every level. Whether it be within volunteering, a sports club or society or a creative achievement. The vision is to reach a place where one’s value is defined by more than their grades or career-related achievements.

Let me use myself as an example. I was a good student, above average, but never the best. I applied to LSE and initially missed my offer by one grade. I then reapplied for a course with a lower entry requirement and got in the year later. What I am trying to say is that, I let the L’s (slang for loss) propel me to do more. The goal was to get into LSE and I did, regardless of that first L. Also, I actually lost my first election campaign to be on the LSESU Board of Trustees in my First Year. I picked myself up and went for it again the next year and won. That initial defeat actually built the foundations of my presence on campus which would eventually become a great asset when running for General Secretary.

So above all, I want to really drive home that resilience is the key to success.

As a student, what has been the highlight of your time at LSE?

March 2017. Co-producing and choreographing ‘ABLAZE’- the LSESU African Caribbean Society cultural show- at Shoreditch Town Hall. There was an £11k budget, 400 guests and a 30+ member cast all managed by a 10-man committee in which I was the Vice-President. My Grandad came all the way from Lagos, Nigeria, to watch it. It was a lot…but so, so rewarding.

All the stuff outside your studies is just as important as your studies. I for one have learnt more from relationships and conversations than I have from modules or course readings – which are important of course. But, as an alum, I would encourage current students to resolve to make the most of their time here, whatever LSE throws at you. If you have that resilient ‘can-do’ mentality, you’ll come out strong.

We can’t mention Zulum without talking about dance. As a dancer, what’s your favourite style of dance & why?

Hip-hop/ street dance for sure. It comes top because it is what you want it to be. It is a visual emotion, a feeling you can see. It’s a style that is accessible, inclusive and empowering. Let’s be real, you’re not going to bust out a grand jeté (fancy ballet move) at house party. Street dance gives you that practical toolkit to enjoy yourself in a whole range of social settings. Look at all the dance “challenges” that have sprung up on social media over the last few years (e.g. ‘In My Feelings’) – they are all street dances and they went viral because they were fun and easy to do. That democratising effect is a powerful thing. There’s a euphoria in that collective experience which is rarely replicated in other styles.

Favourite music albums past and present?

PAST: The Miseducation of Lauryn Hill by Lauryn Hill– I have to include this album. Every black person knows how iconic it is. It is the single most influential album of the twenty-first century. Yeah I said it. The empowering and strong female vocals, combination of rap and R&B and the gospel elements make for such a wholesome album.

I must note that this is the first time, I have ever heard anyone describe this album as “wholesome”, yet it does fit this description. Zulum is an insightful consumer of music, using it to reflect on different stages of his life and this is apparent in his other choices of music albums. They serve as a reminder of strong positive moments in his life – they have had a transformative effect on aspects of his life. For example ‘To Pimp a Butterfly’ by Kendrick Lamar was the soundtrack to his time in Argentina. During his gap year, he volunteered with a Christian missionary organisation. ‘Alright’ was the song that uplifted him in his lowest moments.

I have seen Chance [the Rapper] live four times now and I’ve been a fan since I was fifteen. Colouring Book is a flawless album. I mean, the way he mixes uplifting gospel with a mainstream sound is surreal.

Honourable mentions include: To Pimp a Butterfly by Kendrick Lamar, Songs in the Key of Life by Stevie Wonder, Perfectly Imperfect by Elle Varner and Praise in the House by Radical for Christ.

Do you think Chance’s album has effectively brought gospel into the mainstream? Or is it just watered down to appeal to a mass without consideration of its greater message, especially given Chance’s background and personal history?

It’s not our place to judge him or his history. He sings ‘How Great Is Our God’ on Coloring Book and it is incredible. Even if it only reach one person with the Gospel, then that is still a W (slang for win), and that is how I choose to see this – as a glass half full situation.

But there also needs to be a separation of art and artist. We engage in cognitive listening where we enjoy music that glorifies certain aspects of ‘black culture’, which if spoken in other circles would be difficult. These artists are so talented in their storytelling that we can’t help but to enjoy their music despite the prevalence of problematic themes such as misogyny and toxic masculinity.

I definitely want more black female talent in music, whether it be via more record label investment or other means. I don’t like the idea that they need to compete for the top spot or have to look or behave a certain way to earn that position. Look at the Cardi B and Nicki Minaj situation, for example. It’s upsetting, unnecessary and regressive.

Bringing this back to you, how do you maintain that authenticity in your role as General Secretary?

I love what I do. I want to help, get to know and engage with people. My personality is consistent throughout every aspect of my role. I don’t have a PR team telling me to do this or that. During Freshers Week, I gave a speech to about 2000 students and I gave them my personal Instagram account (@zulumelumogo14). If they DM (direct message) me, they are guaranteed to get a response. I’m here to help people maximise their potential and I am trying lead by example.

My mother: Dr Theresa Ngozi Elumogo. She’s the most selfless and loving person I know and this is a character trait I defiantly hope I emulate too. Everything she does is for the betterment of others, especially as a medical doctor. She is God-fearing, supportive, wise and constant source of stability and support. She’s always encouraged me and I am so grateful to have this support system in my life so I don’t have to look to other things. I am also the eldest of four and I hope I inspire my siblings – and even those around me generally – to be disciplined and focused on maximising their potential.

Finally, do you have any affirmative quotes to keep you motivated?

“As we let our own light shine, we unconsciously give other people permission to do the same”- Nelson Mandela. Shine bright, people.

PrevPreviousThis Is Just The Beginning For Global Trumpism
NextDear Crystal: My roommate and her man have really loud sexNext
On Key