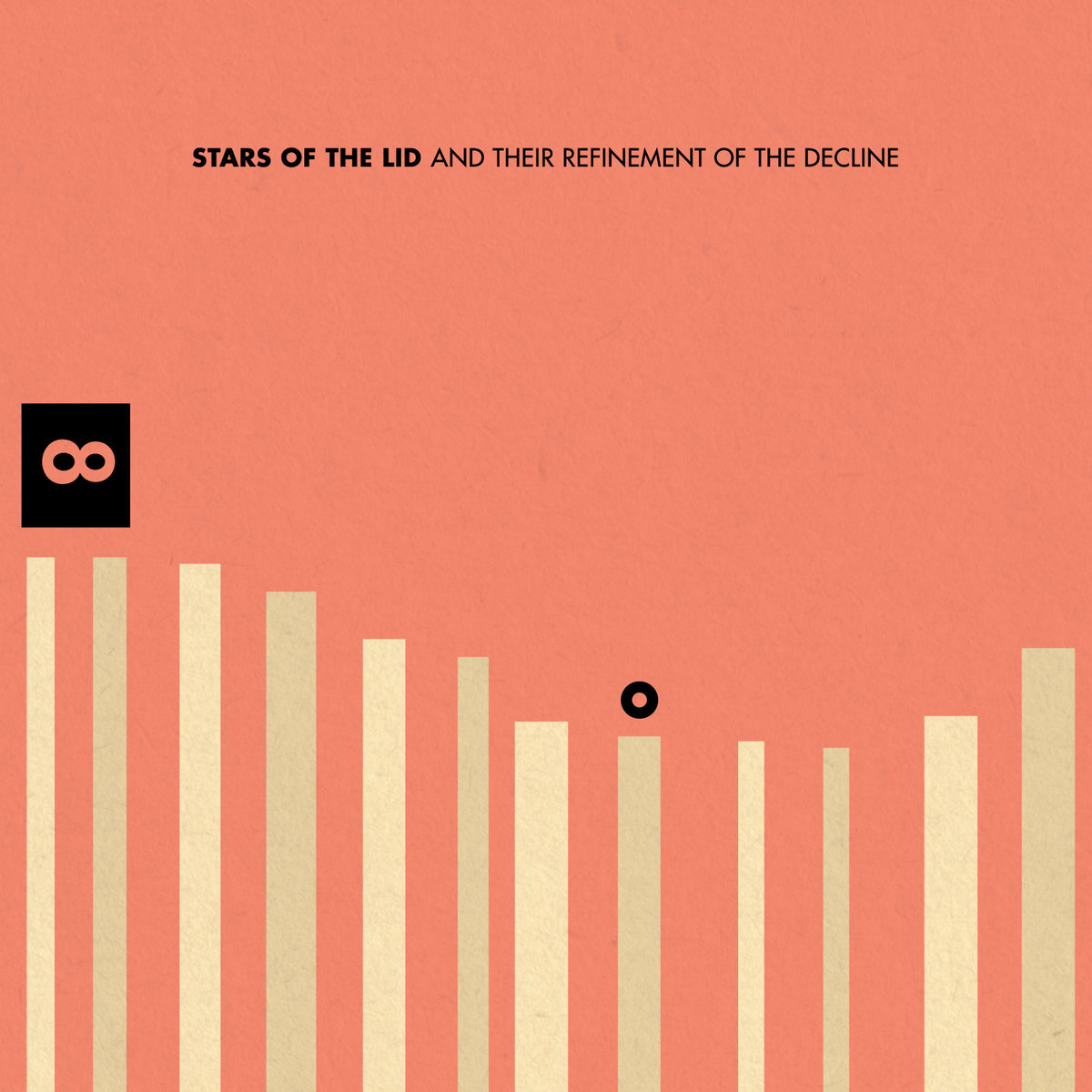 The Beautiful Humanity of Ambience: Why Stars of the Lid Are My Favourite Band

I started listening to ambient music purely for its functionality. I realised during my revision last year that I struggled to concentrate on working when listening to music with anything more than the most minimal rhythm. Perhaps, as a drummer, I am too distracted by the ins and outs of rhythm to be able to put it to the back of my mind. For whatever reason, I needed a type of music to ease the pain of revision without being distracting. So I discovered ambient music. Described by ambient pioneer Brian Eno as “as ignorable as it is interesting”, it gave me pleasant sounds with which to paint over the stressed interior of my working mind.

Through my searching for ever-more ambience, I stumbled upon a band called Stars of the Lid. The term ‘band’ is here used quite loosely – they’re comprised of two people, Texans Brian McBride and Adam Wiltzie, and none of their music contains sounds that are recognisably played by them on instruments (music terminology pedantry is utterly boring, so here I’ll just call them a ‘band’ and be done with it). The first of their music I listened to was their sixth album, The Tired Sounds of Stars of the Lid, and I believe it to be one of the most perfect albums I’ve ever heard. But I’ll get onto that later; the point is that I immediately fell in love.

Stars of the Lid’s early work eschewed conventional instrumentation entirely. By most standards, they were hardly musicians; they would record sounds on tape (mostly guitar, although you’d never know that from listening) then manipulate them into ambient soundscapes. Their first album, 1995’s Music for Nitrous Oxide, was a starting point that they would later expand on, containing lots of elements that the band would return to: long (very long) drone pieces; pop culture samples (Twin Peaks, Star Trek, etc.); light-hearted song titles (“Tape Hiss Makes Me Happy”). It’s a superb album, and it’s a testament to the brilliance of their later work that it now stands amongst their weaker efforts.

Throughout the rest of the 1990s, Stars of the Lid diversified their approach, experimenting with more and less musical variation and exploring a wide range of moods. Their 90s work comprises mostly of vast, heavy pieces which listening to is like floating down a calm river with your eyes closed. Sounds swell then fade like the breaths of huge docile animals; details brush past you like flotsam and jetsam. ‘Glacial’ descibes the pace and the size of this music.

Then, in 2001, the duo released The Tired Sounds of Stars of the Lid. It was the culmination of all their previous work, and it took their sound to a whole new level of listening. Their previous albums were impressive, but The Tired Sounds is a monumental feat of emotional power. The sublime humanity running through it – all two hours of the triple-LP release – elevates it to one of the greatest albums of the century; of all time. Here, they introduce far more string elements to layer over their gorgeous drone sounds, inviting the listener in. They deploy intermittent basses that sound warm and overwhelmingly comfortable, like the feeling of resting your exhausted head finally on a soft pillow. They craft melodies so careful and gentle they feel like a comforting hand placed on your shoulder. Then there are the song titles, which I either find heartbreakingly funny (“The Lonely People (Are Getting Lonelier)”) or just plain heartbreaking (“Requiem for Dying Mothers”).

They took six years to release a followup. And Their Refinement of the Decline (another two-hour triple-LP) does exactly what it says on the tin: refines their sound with more confident arrangements and clearer ideas (and terrific song titles – “December Hunting for Vegetarian Fuckface” is a career high). I’ll always prefer The Tired Sounds for its slightly rougher sound (I find it lends it a certain flawed beauty) but Their Refinement is an equally ambitious and carefully made record, and it’s stunning. Since 2007 the band haven’t released any new music (except an album of rarities and previously unreleased recordings); in typical style, they’re taking their time. I can wait – I have seven albums of incredible music to keep me busy.

Why this band? Out of all the music I love – and there is lots – why does the music of these two Texans seem to make my heart ache with feeling more than any other? I think it is due to the private nature of the enjoyment I get from it. I can’t really imagine listening to Stars of the Lid with other people. It’s music to swallow you up away from the pressures of life, enveloping you in a wave of pure beauty. Like a soothing, empathetic hug, it’s an experience that can’t be shared, which is why it’s such a special one.

To top it all off, there is the band’s name. They say it refers to “your own personal cinema, located between your eye and eyelid” – the lights and shadows which you ‘see’ when you close your eyes; those intangible sparkles which seem to dance upon the darkness of eyelids. They couldn’t have chosen a better name. It perfectly evokes the calm, insular qualities of their music; it provokes ideas of sleep, which run through most ambient music and especially theirs; its monosyllabic phrasing is playful in the same way they manage to be. Sometimes I listen to their music and just wonder at how perfectly those four words reflect the feeling of a whole body of work. The name, like their music, is miraculous in a way that only art can be.

PrevPrevious“Darkest Hour” feels like a weak episode of “The Crown”, but “The Post” is something special
NextLiam Travers: 50 Shades of RedNext
On Key