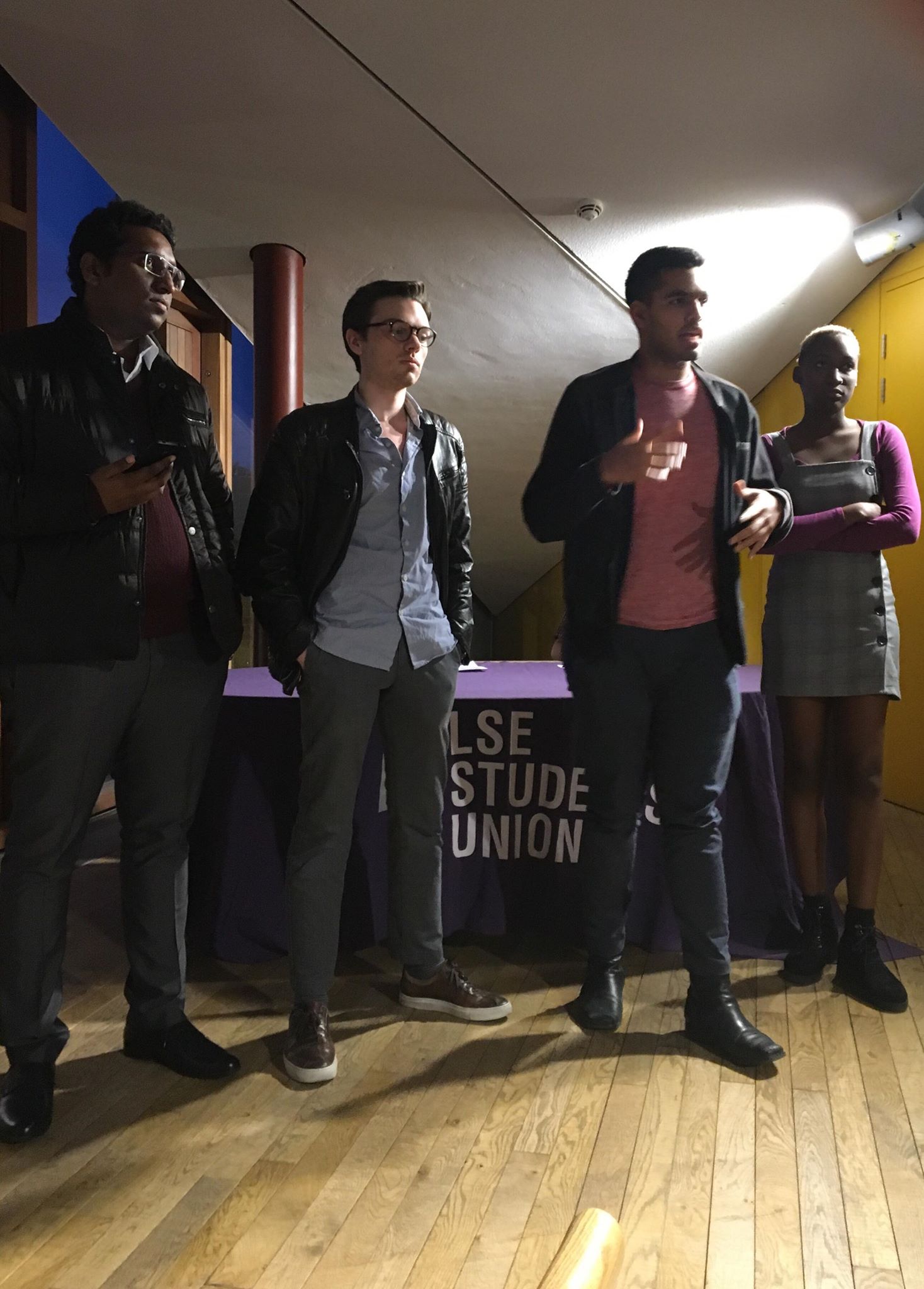 Out of 25 candidates running for positions of either Member of Trustee Board or Member of Court of Governors only 5 showed up for the second day of SU Election Hustings. SU Officers called out the names of candidates at the start of the session only to hear silence in the 6th floor of the SU building.

Candidates becoming ‘no-shows’
The event, which was intended to last from 6:00 to 9:00 pm, ended before 7:00. Only the 5 candidates present spoke and answered questions from the audience. As disillusionment with the SU election grows, a large audience was not expected, but the disappointment came with candidates themselves disregarding democratic practice and skipping the event.

“No one even told us they couldn’t make it,” said an SU staff member.

Who ran?
Running for 5 places as Member of Court of Governors, 5 candidates showed their commitment at the Hustings. Christina, Jivan, Zakaria (Zack), Shijoy and Paul spoke about their qualifications for the role and campaign promises.

Proposals and pertinent topics
Among the common proposals of the 5 candidates were working on making exam feedback a rule at the LSE; addressing rising student accommodation prices; and improving funding for LSE clubs, societies, and support services despite LSE’s revamping of the annual fund.

Topics related to funding were especially prominent in the candidates’ speeches. Christina, an international student from Jamaica, said that as a member of the Court of Governors she will constantly ask the question: “where does the money come from?” as she feels much of it is taken from the high fees paid by overseas students.

When asked about representation and communication with students, candidates highlighted that many times feeling the change is more powerful than hearing about it, but that communication is still key. “LSE has to stop hiding information in long emails,” said Paul.

Future plans
After the official session was over candidates began to discuss their future plans, if elected, showing willingness to cooperate as SU representatives.

The session ended with general disappointment, with the realisation that official SU election events seem to be of little value for many aspiring SU representatives themselves.

Candidates Respond to Absences
The Beaver reached out to all missing candidates for responses to their absence. Candidates Alex Novak and Apoorva Tummala replied but off-record given the details were personal. Others responded wishing to remain anonymous, mostly saying that they did not prioritize Hustings as the audience attendance is usually low.

The only candidate who permitted publication of his response was Luke Archer, who told The Beaver: “I could not attend hustings as I had a pre-planned and paid date night organised with my boyfriend before I knew the hustings date. I did attend the hustings the night before for Democracy Committee and NUS Delegate for which two and three candidates showed up respectively. The audience attendance was similarly sparse.”

The remainder of absent candidates did not respond.