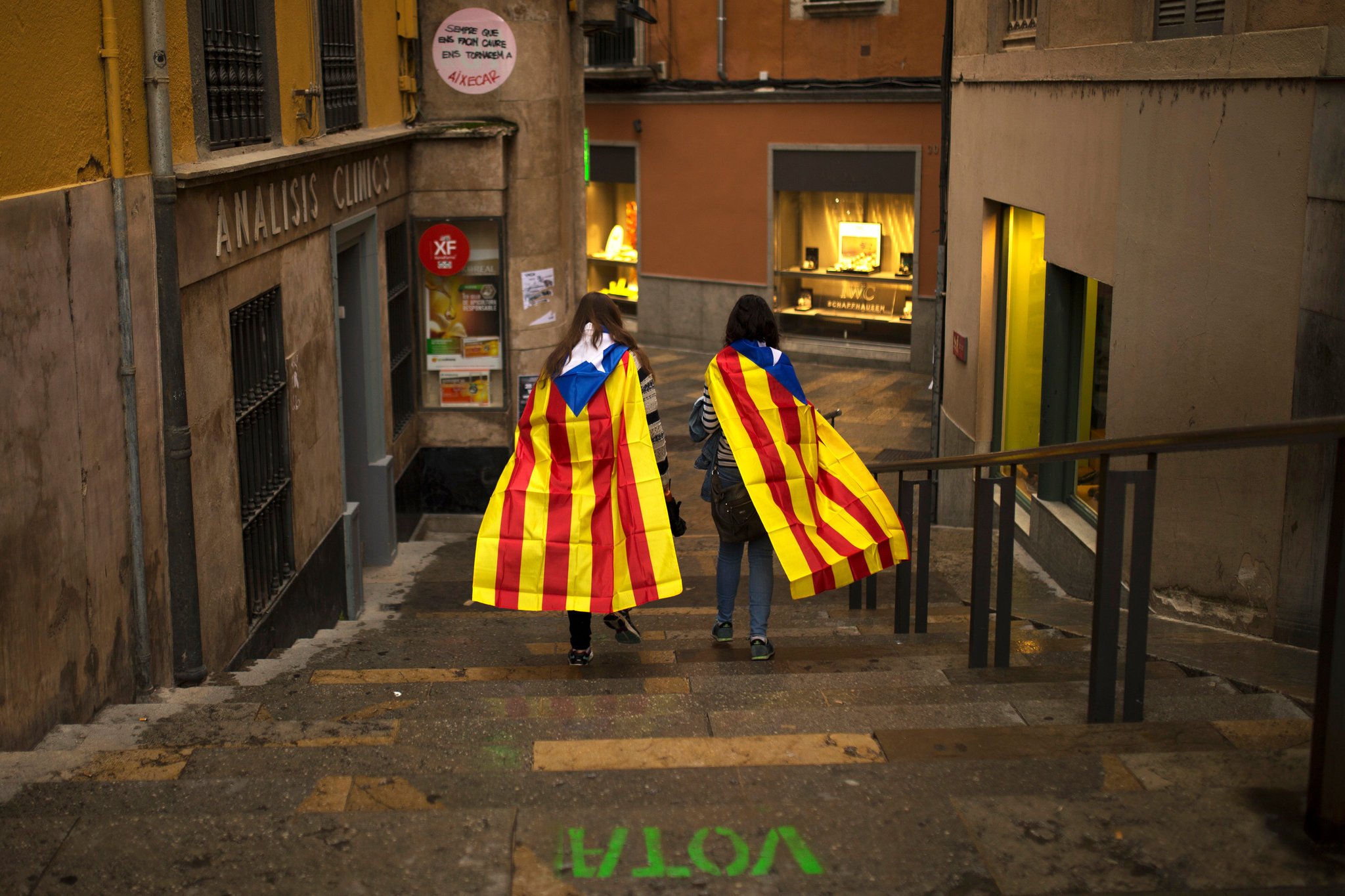 Catalonia and the Rights of Small Nations

Last Sunday, we witnessed shocking scenes in Barcelona and Catalonia as the Spanish police seek to clamp down on the independence referendum being held by the Catalonian people that was sanctioned by the Catalonian government. What makes it most shocking is that the Catalonians were holding a peaceful referendum to seek an independent republic separate from Spain. In the 21st century, and even more distressingly, in a European Union state, scenes reminiscent of violent counter-revolutions during the Arab Spring in authoritarian states have occurred in recent days.

Regardless of one’s opinion on Catalonia becoming an independent country or not, or whether the referendum was sanctioned by the Spanish state, the Catalan people have a right enshrined in international law to determine where their sovereignty lies. Such rights lie in the United Nations Charter, which guarantees that all nations have the right to freely choose their sovereignty or international political status without interference. One hundred years ago a war was fought for the rights of small nations to enjoy this right, after the German Empire invaded neutral Belgium in 1914 which triggered a British declaration of war. Within the autonomous Catalonian parliament, the majority-ruling government is the ‘Together for Yes’ political movement, whom in 2015 began the process of gaining Catalonian independence.

Despite the strong degree of the principle of self-determination, and the legal actions of the Catalonian local government, the Spanish government and Constitutional Court decreed against the legality. What has occurred as a result has been a shocking loss of civil liberties in Catalonia, as Mayors who were in favour of the referendum held were arrested. On the day of the referendum itself, police confiscated polling cards from polling stations, closed off polling stations to prevent people from entering, dragged voters out from polling stations, and even baton charged peaceful protestors in the streets. Only for local firemen, who put themselves between Police charges and civilians, even more than the 840 people injured could have been hurt.

The most perplexing aspect of the clampdown is that the Spanish government demands the allegiance of those whom are protesting in favour of Catalonian independence, yet today the Spanish police have shown they are prepared to baton charge their own citizens in order to enforce that allegiance. That has frightening comparisons with what one would expect in a police state. The Spanish government have in essence, sent a message to their own people that they cannot peacefully protest against the constitutional situation in the country. In the process, they have alienated international audiences as clips of Spanish police baton charging against disabled protestors spark outrage on social media. This has also caused greater disillusionment in Catalonia amongst the population, with vast condemnation of the Spanish government for sanctioning the actions of police today.

From an international perspective, the biggest disappointment has been the lack of rapid condemnation of the violence. This has been especially disappointing from European leaders, with a largely muted response to violence against the Catalan people. The Catalan President, Carles Puigdemont, said that: “we Catalans have earned the right to be heard in Europe”. None of the states of Europe have expressed their support for the Catalonian people, merely condemning the violence, while the Serbian Foreign Minister explicitly came out in support of Spain ‘upholding their territorial integrity’. Nothing else would be expected from the government of a country denying the Kosovans their rights to statehood as the Spanish are denying to the Catalonians

Globally throughout history, this right to self-determination has been denied to nations. As long ago as 1885 it was the Irish nationalist leader Charles Stuart Parnell who powerfully exclaimed that: “no man has the right to fix the boundary to the march of a nation… no man has the right to say to his country ‘thus far one shalt thou go and no further’”. Today we see this right of statehood denied to even those who vote in favour of it, in Catalonia and Iraqi Kurdistan most notably.

What has occurred in Catalonia was not just an attack on the Catalonian nation by what is the coercive Spanish state, it was an attack by the Spanish police on the basic human rights of peaceful protest and democracy. Even more shocking is the Spanish Constitutional Court defying basic international law in blocking the validity of the decision to host an independence referendum. The democratically-elected Catalonian government, in favour of independence, have acted in the interests of the Catalonian people. And they have been met by a violent and bloody counter-demonstration which represents everything the Allies fought the First World War against: the dismissal of the rights of small nations. The Catalonians went to the polls today to vote in favour or against an independent Catalonian republic. The Spanish government, nor any other government or individual, has anything to fear from democracy.

While it is unlikely the referendum will be binding due to the lack of international support for Catalonian independence, as well as the opposition of the Spanish government itself, the wheels have been set in motion by the democratic vote that was 90% in favour of independence despite the gross intimidation directed towards voters. The onus is now on the democratic world to respect the basic principle of international law and publicly support the wishes of the Catalonian people.

PrevPreviousComment: Vegas Massacre
NextAustria’s slide to the rightNext
On Key