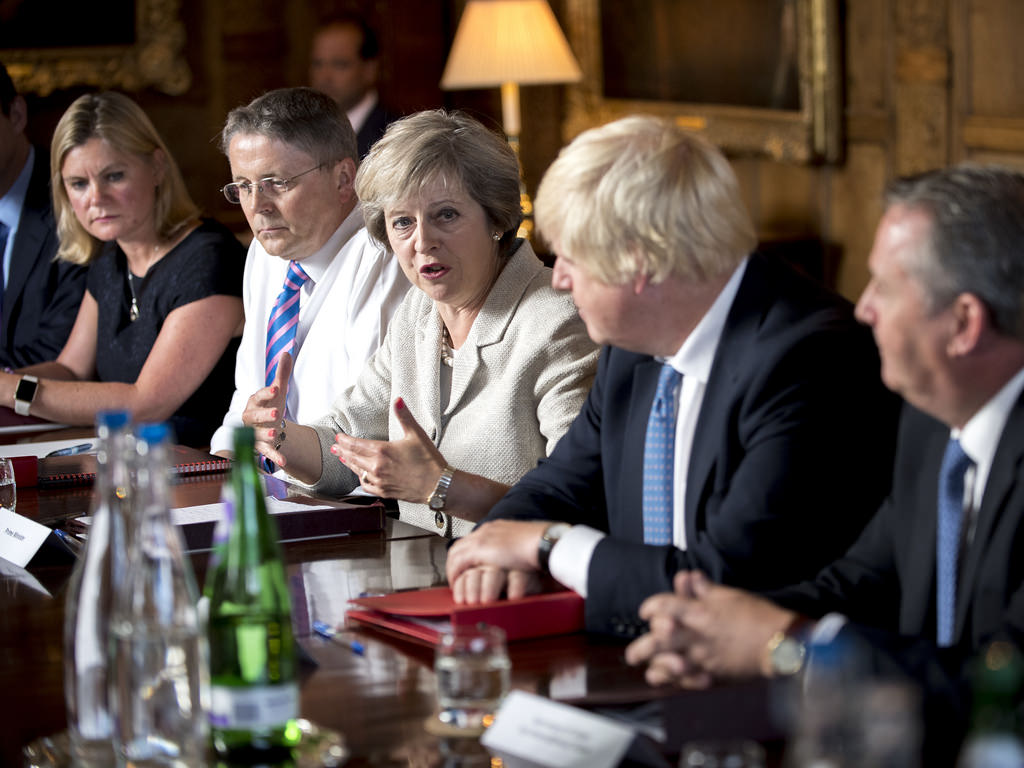 Confused Diplomacy: Snap Out of This Dazzle

Distracted, confused, and dazzled: that would be a good description of the UK’s foreign policy right now. A vacuum has emerged. The domestic situation, one of uncertainty and frustration, is affecting the external image. The foreign policy arm is no longer flexing in union with its mind. Inner troubles are being diffracted abroad in different ways, ultimately harming others’ perception of the country and the UK’s strategic interests overseas.

When you need help, the last thing you do is ask someone who needs help themselves. This is why countries are not inclined to look to the UK for assistance. The core beliefs and principles, which push us as a country to face those difficult situations that exist out there, remain the same. The precision and clarity of mind needed to do that, remain absent.

When you look at other countries’ diplomatic moves, their intentions and strategies seem coherent. China is seeking to build momentum and assert itself more powerfully. Russia keeps absorbing peripheral regions into its core. The USA is creating ripples with its America First strategy. Germany is arbitrating various financial situations. The list continues. All the other big players have a clear-cut path.

The fence that the UK has sat on has always been narrow; for decades, the UK has sat brilliantly on that fence, but can it keep doing so today? Juxtapositioning itself between two opposing worlds, those of the USA and the EU, the UK “picked the best of both worlds”. Whenever convenient, it would stand united with European leaders on a particular issue, ensuring its interests were pursued by a group of actors. When finding common ground with its American partners or tactically following the USA in its steps, the UK would gently support American interests. At other times, it would shed its European mantle and lead the way towards a “new era”, a “better world” or a “just international society”. Nowadays, all three options seem to be off the table.

The recent Brexit developments have demonstrated how our European partners are sailing in a different direction to us. This was to be expected, since our government has been mandated by the British public to leave the European project. Yet, the actions and statements made on that front do not seem to match our intentions, regardless of whether we are genuinely convinced of how positive or negative the referendum’s result may be.

On the other side of the Atlantic, the Trump administration is unnerving British politicians and voters. Just the other day, emails from the Embassy in Washington were published showing how distrust between the two countries is rising. The current London mayor, Sadiq Khan, has publicly criticised the American president. In recent decades, UK prime ministers formed strong and reliable relationships with US presidents, either gently asking for mutual support or leading them towards a new goal. Those times are long gone.

Boris Johnson – a flamboyant and much debated figure – is the UK’s foreign minister in these times of internal turmoil. Despite his strong character at home, he is not conducting foreign policy to the best of his abilities- not because he is not capable, but rather because the situation does not permit him to do so. The cabinet has been feeling vulnerable and wounded for some time, to such an extent that they are even ducking away from calling out world leaders who have been behaving badly. Sadly, on various occasions the foreign minister has been reprimanded for saying what is actually going on in the world. This is weak and shows just how scared the government is at the moment.

Diplomatic activity has not come to a complete standstill, but the focus has visibly shifted. Economic diplomacy has come about as the new medium. The government is trying to assert itself internationally, calculating which markets can be of significant importance if the UK were to potentially leave the European single market. Therefore, it is all but concluded that the short to medium term priorities lie in trade access. How effective can that be when the business world, citizens and the political class are all reacting in different ways? The former is preparing for the commercial implications of Brexit, the latter mixed-up in immigration chatter. All the while, politicians are shying away from decision-making whilst big moments are looming. There is almost a sense that the UK is pulling in different directions. With Number 10 caught up in a poker game with EU institutions, Labour opposition is building a momentum of criticism. As is the case with being stuck at the crossroads, one shall remain there until a road is taken.

In this moment of dazzle, the country needs to pull itself together and understand not just what it needs, but where it wants to go. Leaving it too long might really make it a post-colonial power, as some feared, all but forgotten. It’s high time to switch from reactionary to purposeful and forward-thinking foreign policy.

PrevPreviousEducation First: the start to your global career?
NextAfter Islamic StateNext
On Key