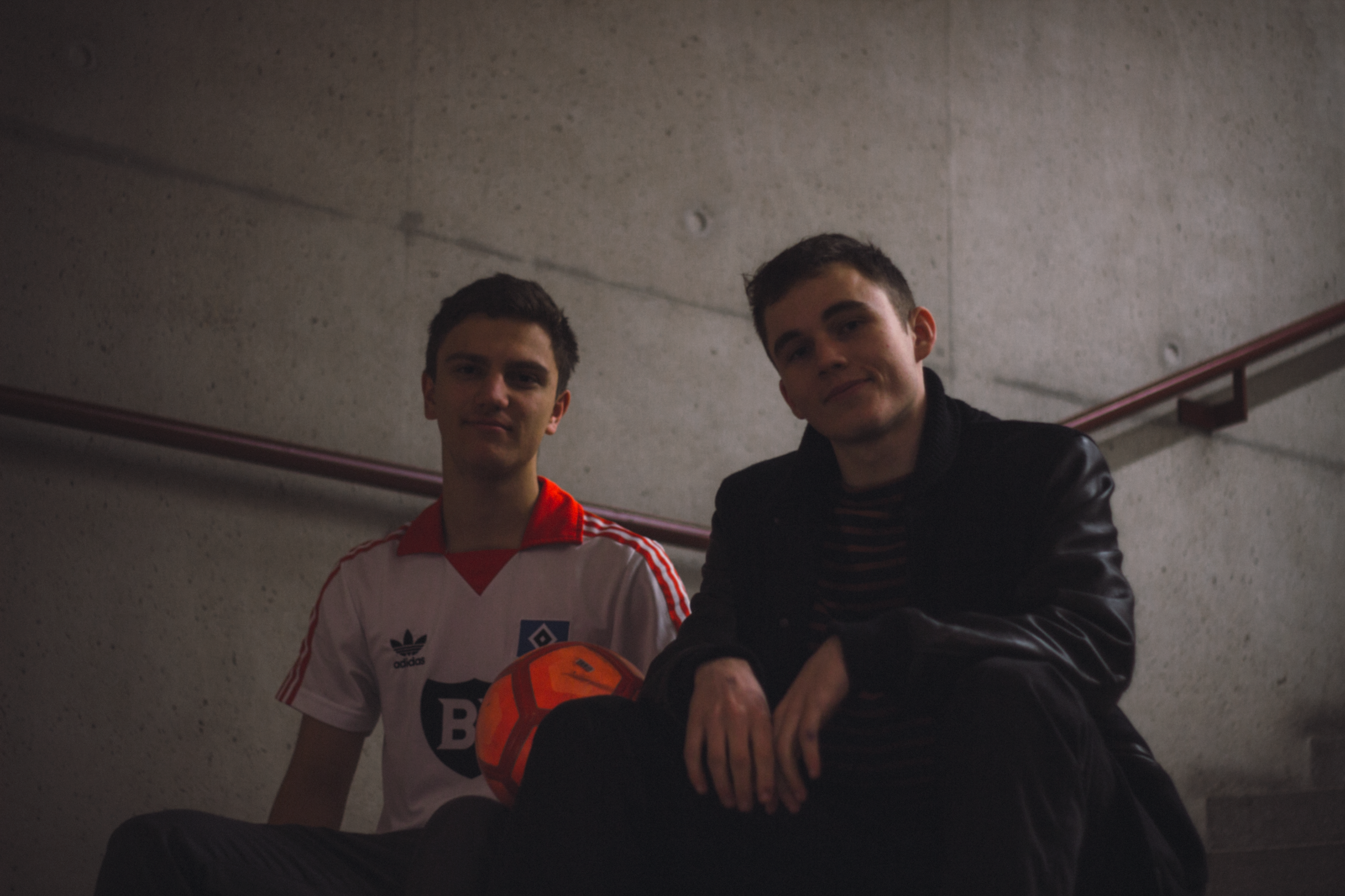 Dash and Yannick: On Defending

With the exception of Fabio Cannavaro in 2006, 0 of the 62 Ballon d’Or trophies have been handed to out and out defenders. They are, quite simply, football’s most undervalued people. Discussed in neanderthalic, primitive terms such as ‘no-nonsense’ or ‘grizzled,’ a rearguard’s performance is almost exclusively referenced with a distinct lack of technical applause. Indeed, even on the rare occasion that he does score, we can be certain that it was either a ‘stooping header’ or simply a lucky toe-poke following a corner.

Having flirted with the left-back position throughout my own footballing career, I have, on occasion, glimpsed into the life of the back line. Above all else I have learned one thing – the shame of switching off and the humiliation following a defensive mix-up, must have their inevitability resigned to by those wishing to experience the game at its most intense.

On Thursday, I sat down with two of the LSE’s finest defensive minds – Dash Howarth and Yannick Kauffman – to discuss, amongst other things, the demands of the defender.
(Y) – Yannick
(D) – Dash
(S) – Seth (Me)

First of all – the 2’s season. What can you single out as the most important factors in your form?

(Y): Well, our form has dipped recently I’d say.
(D): Yeah, form at the moment has been pretty shi… a bit of a shambles. We’ve just uh…
(S) (interrupting): Yeah, you can’t say shit.
(D): No, I was just gonna say the bad form at the moment is a result of complacency probably. We seem to think that we can sometimes beat teams without working hard and obviously, you know, that’s not the case.

(D) I call it a back three because a back 5 sounds really defensive.
(S) Right, true, so how have you enjoyed playing in that formation – the back three/the back 5? And what’s distinct about it?
(Y) You can easily change to a very attacking formation, with three central defenders staying back and the wing-backs attacking. But you can also be very defensive at the same time if the wing-backs drop back.
(D) I think the issue with it is that the team can be quite over-reliant on the wing-back – it’s quite a difficult role to play and you have to be supremely fit. So we have Yannick, and Service and when they’re missing we actually don’t have anyone who can fill in and play that role. I think it can sometimes leave you vulnerable, but other than that it’s usually solid.

How important do you think it is for the mindset of the defender to have a trustworthy goalkeeper like Victor Chan?

(Y) I think it’s super important. I remember when I was playing in Brussels, when I was about 14 or something, a really good goalkeeper came along to our team and from then on we hardly conceded any goals. Just knowing that there’s someone behind you to make the save if necessary gives you so much more confidence.
(S) Yeah, and I suppose the defence is usually seen as the final barrier, so to know that you’ve got a bit of a brick wall behind you must be quite a relief.
(D) Like an extra defender I guess.
(S) Exactly that, exactly that.
(D) And when you’ve got Victor, who’s obviously a big dude-
(S) Big character as well.
(D) Yeah, yeah, he imposes himself in his box really well and so inevitably the opposition will feel intimidated.
(Y) He’ll tell everyone where to be as well.
(D) But before you think that we’re like bigging Victor up, he has made some very awful mistakes. Victor – I hope you’re reading this. Nah, I’m joking, he’s probably one of the best keepers I’ve played with.

Do you think, just following on from that, do you think it’s the pressure that makes the defender’s job particularly challenging?

(Y) Yeah, I think if you make a mistake, it’s quite likely that they’ll score and you’ll take most of the blame for it. So that is the biggest pressure, I guess.
(D) I think that because you are the last line, there’s no one but the goalkeeper behind you. So, last game, I was just kinda faffing around with the ball and should’ve cleared my lines, but they intercepted and scored which was frustrating. That one mistake. If you’re a striker you can miss a chance due to pressure from the opposition, but when you’re a defender, it’s usually your own fault. But I don’t think that necessarily makes it a more pressurised role.
(S) More a question of responsibility?
(D) Yeah, you need to learn to accept that responsibility and some play better under it than others.

How important is it to be able to read the game as a defender?

(Y) Super important. For example, Dash is really good at intercepting the ball –
(S) I’ve heard.
(Y) So if there’s a pass, he’ll just run in front of it. And so just being able to read that saves you from having to sprint or tackle afterwards. For me, knowing how to position yourself when the ball is in a certain area will save you so much energy.
(S) I suppose that goes hand in hand with the confidence and ability to take responsibility, because you’re asserting yourself when making an interception.
(D) I’ve always had this idea that defenders are the most intelligent players on the pitch because they need to read the game and they spend a lot of time seeing what’s in front of them. They have to anticipate what’s about to happen and also consider how the other team play.
(S) I agree, I agree, I don’t think it’s any coincidence that so many pundits are former defenders – I suppose they know the game as well as anyone.

A commentating cliche is that defenders live in fear of pacy wingers – how do you manage it?

(D) You’re not wrong, you’re not wrong.
(Y) I think I’ve got some pace on me, so usually, I can handle it and I try to position myself so that if the winger runs, they have to run around rather than through the defence. So, even if they’re quicker than me, I still try and keep the danger away from goal. I mean, I’ve been playing against pacy wingers my entire life.
(D) I think my fitness can come and go quite quickly, depending on how much I’m playing, but when I’m playing regularly, I feel I can keep up with a winger quite well. If not though, it’s probably best to give him five yards ‘cause if you’re incredibly tight to them they can one-two it round you quite easily and then just use their pace to skin you.
(Y) Sometimes you just can’t defend against it.
(S) Well yeah, that’s the other thing, it’s very difficult having to sometimes say ‘you know what, he’s just better than me today.’ I’ve always hated that.
(D) True, I mean, you don’t wanna be that defeatist about it. But when you watch someone go past and counter attack, you can’t really do anything but watch as your teammates struggle to deal with your mistake.

Which attributes do you feel would compose the perfect defender?

(Y) I guess the game is changing in the sense that you can have players like Azpilicueta at centre-back – players that aren’t necessarily tall, but can read the game so well. But of course, you also need a centre back who can get up and head the ball away.
(D) Communication as well. A defender can see, better than anyone, the events unfolding so it’s important to have a loud voice and then you can talk to the people in front of you. Also, being able to learn from your mistakes; obviously as a defender, you can probably make more mistakes than other players and a defensive mistake is arguably more impactful. I think you should be able to embrace that kind of responsibility and not be too hard on yourself.
(Y) For a right-back, I think you definitely need to have some pace on you going up and down the wings. If the opposition are counter-attacking and you don’t have the pace to get back then they’re far more likely to score. You need to have a lot of stamina because it involves so much running.
(D) I think also being about to tackle cleanly but hard is really important, because you wanna impose yourself on the opposition and if your commitment isn’t really there then they’ll always get the better of you.
(Y) I think attacking is really important as a right-back because, as you know yourself, if there’s a wing-back overlapping, the opposition defender won’t know who to mark or which player to follow.
(S) It’s about wanting to make their defence as uncomfortable as possible?
(Y) Exactly.