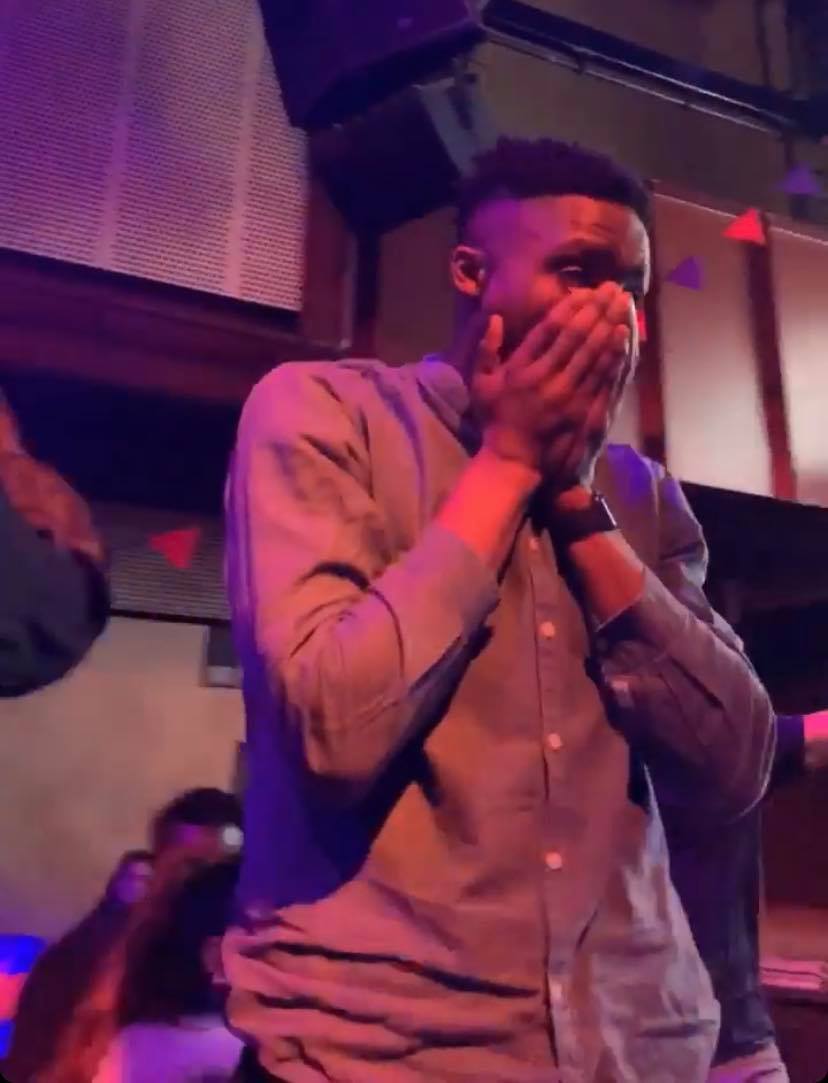 Naveed Kabir opened the LSESU Results Night by reminiscing on his previous year. He said his “highs were seeing close friends vouch for you, believe in you, hustle on your behalf and that was very humbling for me”. Going forward, Kabir underlined the need to “remain respectful, remain understanding and remain polite” – vital qualities for all the contenders and winners.

The rest of the evening was hosted by Will Priest, Returning Officer, who made jokes throughout the night including Adam Asher Talib’s 69 votes for Faith Network Chair and being open about his difficulty pronouncing surnames.

Disabled Students Officer, Anti-Racism Officer, LGBTQ+ Officer and National and Cultural Network Chair had no nominations, and one more spot will be available for Democracy Committee Members in the Michaelmas term.

Jack Boyd won the position of Activities and Development Officer with 859 votes to 553, beating runner-up Natalia Sharapova. In his winning speech he thanked his housemates, and his dad “more so than my mum, because she wouldn’t get involved in cruel chat for the campaign”.

The role of Community and Welfare Officer was won by David Gordon with 733 votes to 655, beating runner-up Afrah Hyder. His victory may be down to the high AU turnout. David thanked those who voted for him and was “humbled that people turned out to vote for me. Thank you, LSE”.

The top two full-time sabbatical roles of General Secretary and Education Officer were both won by incumbents, both with significant majorities.

Martha Ojo won the position of Education Officer by a landslide, winning 57% of the vote and almost double Ollie’s votes. She started by thanking the 36 societies that endorsed her, the student body, and her core team.

“The role of Education Officer is extremely important”, said Martha, “you need to elect someone who can speak truth to power, and that’s something I’ve tried to do the entire time I’ve been in office”. She concluded by congratulating all the candidates in all the election races, saying that “it’s not easy to put yourself up for this kind of position. This is only the beginning whether you were elected or not – you’ve shown that you’re able to put yourself out there, and that is extremely important”.

Zulum Elumogo won a second term as General Secretary with more than 900 votes, beating runner-up Will Stein who received 668 and Alex Selway is 660. This was established in the last of eight rounds of voting.

Zulum began his speech by thanking God, his team, and the other General Secretary candidates. He went on to address the rumours of tensions between him and Will Stein – who helped Zulum personally in his election last year, and also promised a “summer ball in 2020”, a key component of Will’s campaign. “The SU needs reform, and reform is absolutely on the way”, said the incumbent Gen Sec, promising an independently-staffed Students’ Union in September.

“With the SU reforming, the LSE estate expanding an ever-greater focus on the importance of the student experience, there is so much to come for LSE.”

Last year, the title of our election night coverage article was ‘Low Election Turnout Concludes a Year of Low Engagement’, last year saw 17.7% turnout which increased to 22.7% this year with 766 more individual voters than last year. The three highest voting departments were Philosophy with 38.8%, International History with 36.1% and Anthropology with 35%. 52.3% of the Athletics Union turned out to vote.

Almost 40% of undergrads voted while around 11% of postgraduates voted. With just over a fifth of the student population voting however, the SU has a long way to go in order to increase engagement from students, a problem the SU has historically faced.

Rumour has it that Will Stein and his fans occupied much of Tuns showing support after his loss, while Alex Selway was seen in the smoking area. Zulum Elumogo celebrated on stage and took photographs with fellow successful candidates, and posted a Facebook status including ‘#BackToBackLikeObama’.

Will Stein recently posted: “There are two types of people in this world. Those who complain about things and those who change things.

“You don’t need a formal position to be the latter. Most of the things I have achieved have been as a mere Geography with Economics student.”

We have reached out to all Gen Sec candidates but are unsurprised to announce that we have yet to get any responses.