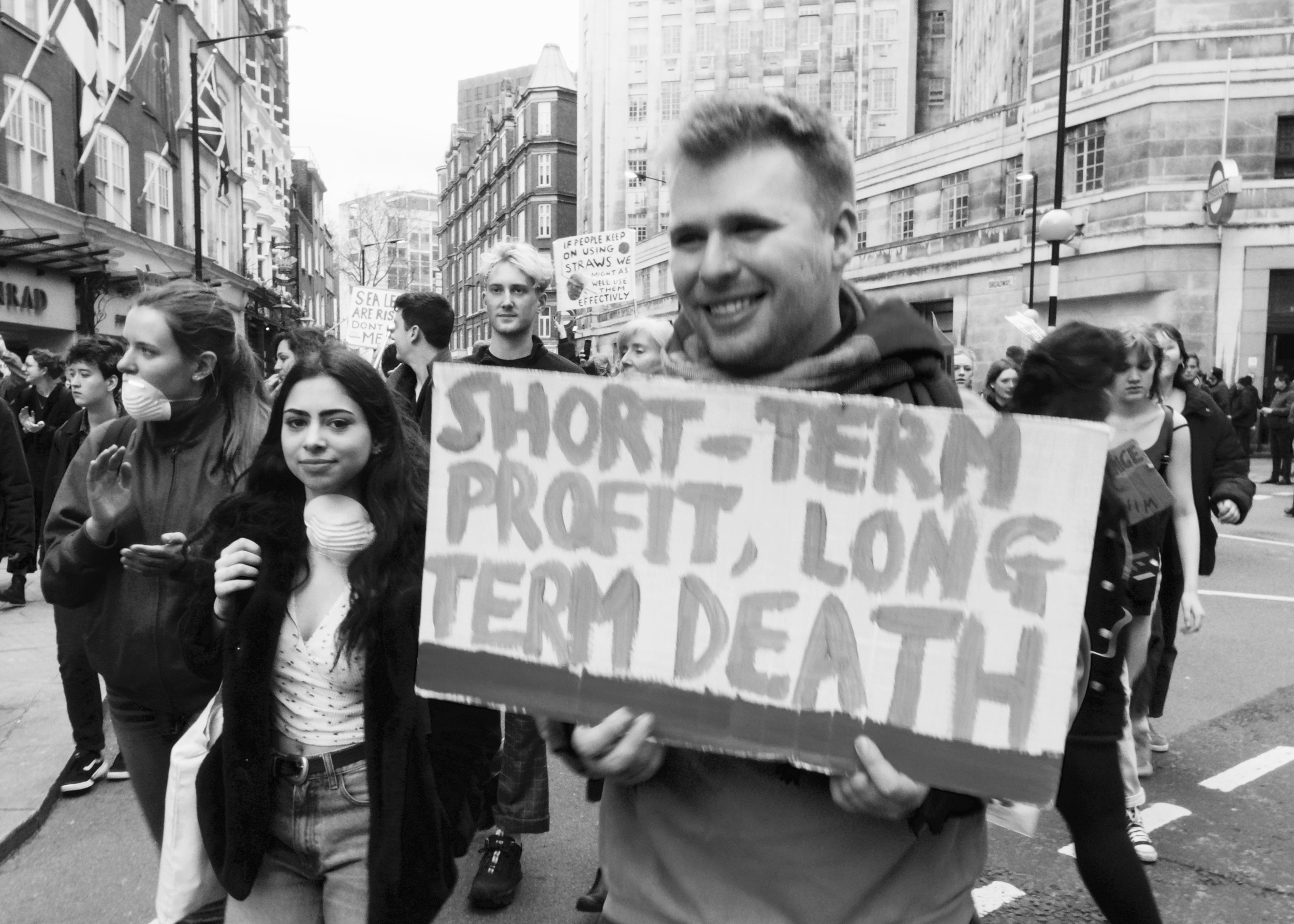 If one issue has mobilized LSE’s student community like no other in recent memory, it has been the climate emergency.  From impressive strike actions during last year’s Lent term to the Climate Emergency Collective’s recent engagement with the highest levels of LSE leadership, the issue has drawn broad support from across the student body, faculty, and staff.  LSE has taken polished steps to acknowledge and address the crisis, and the school’s Grantham Institute produces world-leading climate policy research.  Yet a letter to a group of students from LSE Director Dame Minouche Shafik indicates that the school is not planning to declare a climate and ecological emergency, review its divestment position, or fast-track its commitment towards carbon neutrality.  Similarly, data reviewed by The Beaver reveals that LSE remains closely linked to the fossil fuel industry in its funding and investment activities.

Student demands for LSE to take more proactive climate action match broader trends in the academic world. SOAS and Goldsmiths, Universities of London have both declared climate emergencies.  King’s College London has joined the two in setting ambitious 2025 targets for carbon neutrality, and promised in 2017 to divest from fossil fuels. SOAS announced that it had successfully divested from fossil fuels in 2018, meaning that it no longer holds investments in companies engaged in the extraction or refining of fossil fuels.

On the surface, LSE isn’t too shabby either: student campaign network People and Planet ranked the school 13th in the UK for sustainability.  Among London universities, only City (5th), UAL (19th), and King’s (21st) were given the same “first-class” ranking.  In 2015, LSE announced a Socially Responsible Investment Policy (SRIP), divesting from, among other things, companies significantly engaged in extracting coal and thermal tar sands.  The ‘LSE 2030’ strategy lists “ensuring a sustainable future” as one of its guiding concerns. Attending the World Economic Forum in Davos last year, Shafik announced the creation of a global ‘climate alliance’ with other leading universities, including Harvard, Cambridge, Tokyo, and the Australia National University, although this has not yet materialized.  [Note: The Beaver reached out to an LSE spokesperson on the progress of this group.  Any comment will be amended to the online edition of this article.]

The Beaver can reveal that in a letter to LSE’s Climate Emergency Collective dated 30 September, Shafik specifically declined to declare a climate and ecological emergency, saying that the school would instead focus on formulating a ‘Sustainable LSE’ action plan over the coming year.  Shafik did indicate that the school would leave open the possibility for such a declaration in the future. Shafik similarly declined to answer demands for divestment from more common fossil fuels such as oil, and reiterated LSE’s 2050 goal for net-zero emissions rather than committing to the 2030 timeframe sought by activists.

The Director was responding to an open letter signed by over 300 LSE students, faculty, and staff which called for the declaration of a climate and ecological emergency, and with it, appropriate action. The letter also called for complete fossil fuel divestment, a more ambitious plan for reaching net-zero emissions, and an independent climate monitoring group to oversee LSE’s climate-related efforts.  According to the Collective’s letter, seen by The Beaver, declaring an emergency would be an important first step in devoting “all available channels to communicate the scale of the destruction that lies ahead and the urgency of change required”.  Shafik responded that LSE would only make “meaningful” declarations.

Aspects of Shafik’s response, including the formation of a Sustainability Advisory Group chaired by Professor Lord Nicholas Stern, were previously released in an LSE statement.  It is unclear whether Professor Stern’s group will be independent from the school, as the Collective sought.  The Director also announced that LSE is on track for net-zero Scope 1 and 2 emissions, the emissions directly controlled by LSE such as on-campus fuel and electricity, by 2030.

Data released by People and Planet in July 2019 raises concerns about LSE’s continued exposure and links to climate-polluting industries.  Based on LSE investment documents obtained through Freedom of Information (FOI) requests, the network estimates that LSE currently invests £6,220,800 in fossil fuel-related holdings – about 6.4% of its total endowment.  The SRIP does not preclude investments related to more common fossil fuels, like oil.  LSE accepted £180,000 in research funding from the fossil fuel industry and has directed just £53,761 towards renewables research since 2001.  Between 2009 and 2014 alone, the school also accepted £72,959 in donations from the fossil fuel industry. LSE’s Investment Sub-Committee, which oversees investment allocations and SRIP, was Chaired from August 2016 until July 31 2019 by a former director and treasurer of oil giant Royal Dutch Shell.

Despite pledging in the 2015 SRIP to “henceforth, indicate clearly what percentage of the School’s endowment and long-term surplus is placed in fossil fuels, distinguishing thermal coal and tar sands,” LSE has not included such data in any subsequent annual financial reports reviewed by The Beaver. Responding to an FOI request in January 2019, LSE disclosed that holdings in SRIP-divested areas, which includes but is not limited to coal and thermal tar sands, had fallen from 1.7% to 1.4% of total holdings during the year ending on July 31, 2018.  In the same request, the school said that identifying LSE’s total fossil fuel exposure within its investment accounts would be too costly to calculate within the £450 FOI limit.

With Bank of England Governor Mark Carney questioning the future performance of assets tied to fossil fuel production, the question remains whether or not LSE will take further action.

[Edit (15/10/2019): Headline was changed to reflect that Director Shafik rejected specific student calls to declare a climate emergency. LSE has accepted the scientific consensus on climate and ecological change and has taken steps to address it.]