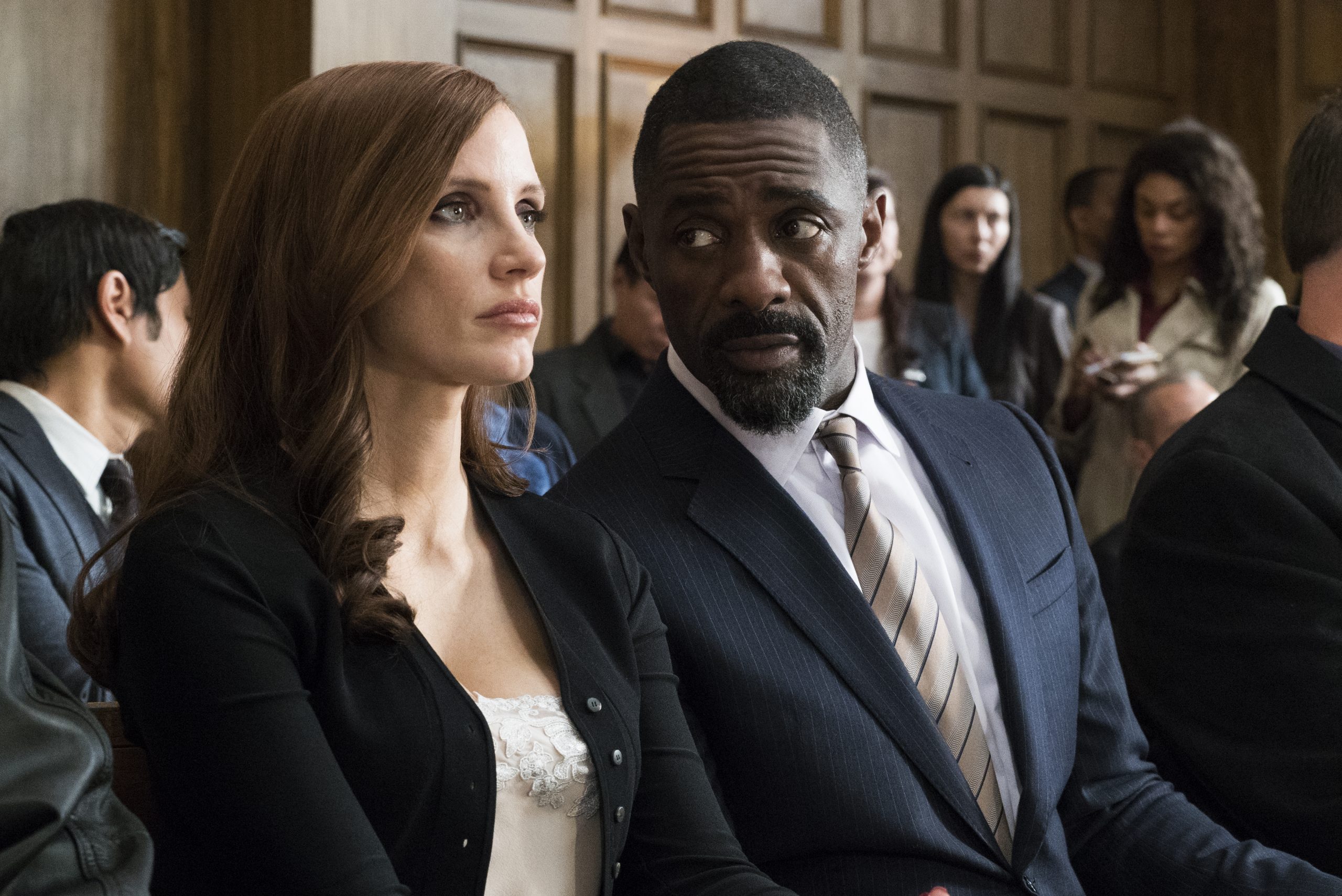 Every Aaron Sorkin-written movie these days seems to open with a sizeable, choppy sequence where the narcissistic-genius protagonist displays their unsubtle personality in an ostentatious, usually funny way that proves what a narcissist and genius they really are. That doesn’t sound too interesting but these scenes are usually the best in the movie, and always captivating. Think Jesse Eisenberg telling Rooney Mara how many Chinese kids have genius IQs (“The Social Network”), or Michael Fassbender begging Kate Winslet to ignore California’s fire safety regulations (“Steve Jobs”). Memorable, right?

Molly Bloom (Jessica Chastain) is a … actually, God knows what she is, or does, professionally. I’ll try again: Molly Bloom watches the elites of LA (and, later, New York) play poker, a game she understands but wouldn’t compete in, from the corner of whichever five-star hotel suite she chooses the game to be in that week.

When members of the Russian mob and Wall Street’s less careful cronies are investigated by the FBI, Bloom gets caught up in it all because her games are so successful they’ve become networking events for America’s criminal class. Facing financial ruin and a long stint in a penitentiary, Bloom enlists the help of hotshot lawyer Charlie Jaffey (Idris Elba), who – like us – wants to know just a little more.

Like “The Social Network”, scowling comebacks enliven intense depositions, Sorkin’s combative dialogue making the technicalities of a poker game the most important part of everyone’s lives for 140 minutes. Where the script falters is in its overuse of Chastain’s voiceovers, which begin to resemble unhelpful storytime narration rather than the dynamic look-at-this-shit hubris of Leonardo DiCaprio in Scorsese’s “The Wolf of Wall Street”.

“Molly’s Game” also lacks the visual sense director David Fincher brought to the Facebook biopic, or the wisdom Danny Boyle imparts on “Steve Jobs”. Maybe we shouldn’t expect such quality from a first-time director, but we can be upset when it’s not there.

Equally, the nods to Freud – Molly’s father Larry (Kevin Costner) is a psychology teacher, you see – feel like Sorkin’s own insecurities playing out, the accusations of sexism infrequent but persistent even since his West Wing days. “Molly’s Game”, aided by Chastain’s strongarm performance, goes some way in dispelling those, but probably not far enough.

Still, Sorkin and Chastain have delivered an effective telling of a brilliant story amid exceedingly high expectations. But I suspect it won’t rank up to the highs of Sorkin’s other works, lacking in the visual immediacy and percussion-like writing that enliven his best material. “Molly’s Game” feels like “The Social Network” meets “The Wolf of Wall Street”, without ever really getting close to either.