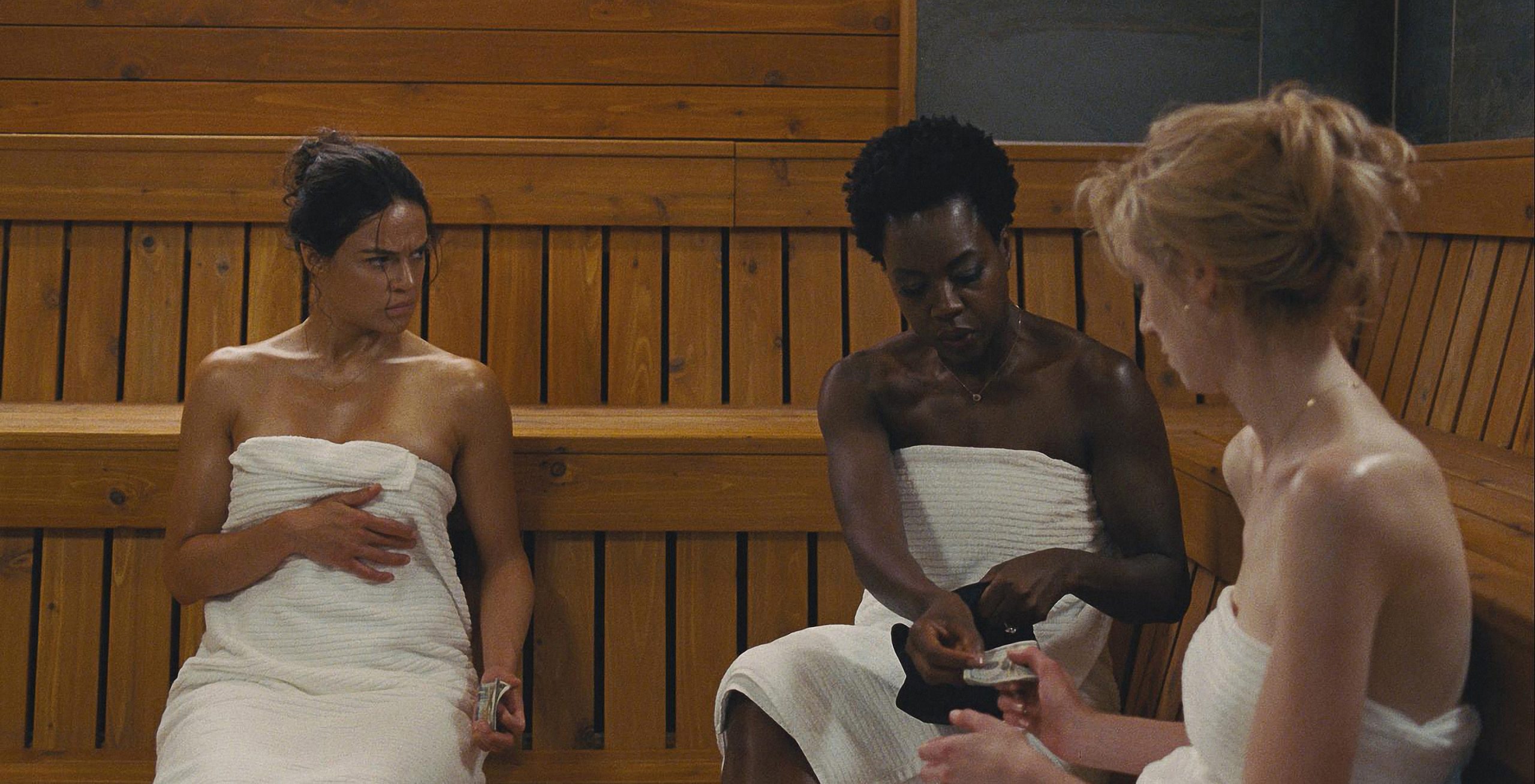 “Widows”: A Blockbuster Worthy Of Your Money

In a room you’ll find Ocean’s 8, American Animals and King of Thieves muttering amongst themselves. Late to the party is Widows, which saunters in and silences them all. Steve McQueen’s slick heist film takes him far from the arthouse cinema that has brought the London-born director to prominence. What we get is a daring blockbuster with a sharp bite. It will leave a mark.

Viola Davis has likely been dreaming of a role like Veronica Rawlings for a long time. The lead of a heist movie is usually reserved for people who look like George Clooney or Tom Cruise, not for women of Davis’ age and colour. But the Oscar-winning actress portrays a cocktail of emotions with unsurprising ease. Davis finds herself at the helm of an extraordinary cast, the range of performances constituting an acting masterclass. Davis’s Veronica, Alice (Elizabeth Debicki) and Linda (Michelle Rodriguez) are detailed portraits of widows who lost their husbands on the same night. Later joined by Belle (Cynthia Erivo), the four must complete a heist to clean up the mess left by their late husbands. Despite differences in their backgrounds, they try to muscle through. “We’ve got a lot of work to do. Crying isn’t on the list,” Veronica states as she tries to rally her sceptical group of grievers.

Antagonists come from all sides. Brothers Jamal (Brian Tyree Henry) and Jatemme Manning (Daniel Kaluuya) are working to get Jamal elected to represent a particular Chicago ward. Both give deeply intimidating performances (it’s all in the eyes). Veronica’s husband, Harry (Liam Neeson), stole $2million from Jamal. He needs the money back to finance his election campaign and buy himself a better life. He comes after Veronica for the money. On the white side of town is Jack Mulligan (Colin Farrell), who is also fighting to win the ward seat. This seat has been held by the Mulligans for generations, and recently vacated by Jack’s racist father, Tom (Robert Duvall). The chess board is perfectly set with a powerful cast of characters to produce a thrilling story.

It’s important to understand that such roles aren’t plucked from thin air. Co-writers Steve McQueen and Gillian Flynn craft fully realised and utilised characters in an airtight story. The pair are fairly conservative with comedic elements, but each joke lands on its feet. McQueen modernises the story, transforming the original 1980s London-set television show to 2010s Chicago. Flynn applies the same scrupulous attention to detail that can be found in Gone Girl and Sharp Objects. Every element, big or small, is placed with great care.

Widows is a rare blockbuster because it works hard. It isn’t set in present-day Chicago by accident. McQueen observes the intersections between political corruption and street criminality, the church, finance, and the police. Like BlackkKlansman and The Hate U Give, Widows lends time to reference police brutality faced by African Americans. But apart from an important flashback, the police are barely seen. Talking to Sight & Sound last month, the director said this choice is representative of a reality where the police are “complicit with the criminality. It’s how things work.” This is a story of crime, class and race. In a single take we are driven from the slums at which Colin Farrell’s greasy politician gives a campaign speech to his grand family residence.

Through these details McQueen teaches us that a genre film can be exciting and intellectual. Unlike this year’s all-female Ocean’s reboot, Widows has enough complexity and depth that it doesn’t need its social relevance as a crutch. Widows has the sophistication and style of a Best Picture nominee. The combination of artistic vision and popular blockbuster earns it a legacy as one of the greatest heist movies of our time.

Widows is in cinemas now.

PrevPrevious“Halloween”: Who Hunts Whom?
Next‘The Reign Of The Middle-Aged White Man Is Over’: “House of Cards” Takes Its Final BowNext
On Key