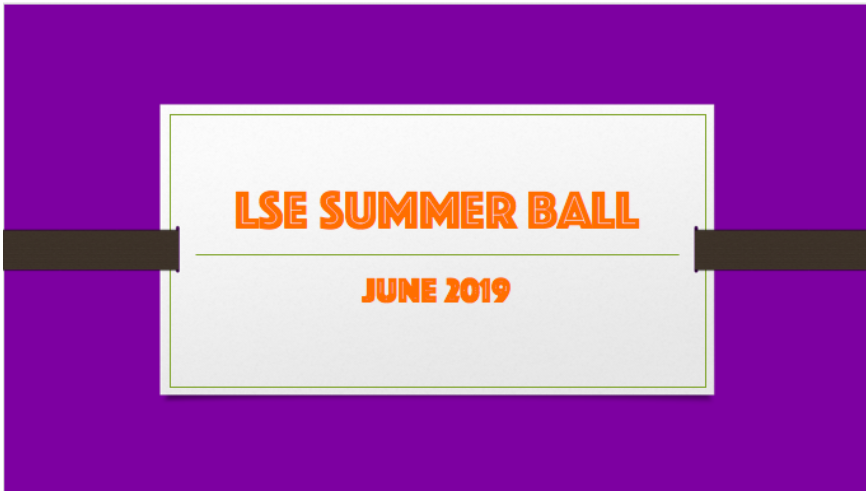 A petition to launch an annual LSE Summer Ball after exams has received over 1,000 signatures on change.org.

William Stein, President of the Geography and Environment Society and third year BSc Geography with Economics student launched the petition in 2018. The motion follows on from the success of the previous G&E Winter Balls, which took place at the end of January both this year and last year.

The proposed ball would involve taking over an open space in London and filling it with “fairground rides, food and drink stalls, world-renowned performers and much much more,” according to the petition on change.org.

The idea is to demonstrate a demand for celebrating the end of the LSE year. In previous years, the LSE hosted a Graduation Ball for graduates to celebrate their successes. However, there are currently no such plans for an event of this calibre this year.

This will not be the first time this petition is taken to the LSE, as last year the same petition acquired 615 signatures. However with further lobbying from William Stein, the petition gained heightened attention this time around, acquiring a further 400+ signatures.

In response to the G&E Winter Ball earlier this year, first year Geography student, Emily Douglas said: “I thought it was a really nice way to get closer to the department, obviously in lectures/classes it can be quite an intense environment. We all came together in a really lovely venue and it was organised amazingly well.”

“I think the summer ball plans would help to begin to address the issues LSE has with cohesiveness. I don’t interact as much with other departments as I would like to and a Summer Ball would be a great way to finish off an intense year,” she commented in response to the petition.

An investigation conducted by The Beaver last term highlighted that students are suffering from unprecedented levels of social isolation and loneliness, many of whom regularly express their disappointment at a lack of community at the LSE. Many students believe that events such as this are massively significant in fostering personal relationships between students, building trust, and allowing people to share stories and ideas.

In conversation with The Beaver, William Stein said: “I’m thankful for all the students who have got behind this and that I hope this is only the start of a new wave of LSE community wide traditions.”